Two-thirds of John the Gun sit down for a chat about life, death and being a sea captain.

Two-thirds of John the Gun sit down for a chat about life, death and being a sea captain.

Home » Collective » Two-thirds of John the Gun sit down for a chat about life, death and being a sea captain.

Tucked away in the northern New Jersey music scene with an occasional foray into venues in New York City, the alt rock trio John the Gun weaves highly sophisticated arrangements and metaphorical lyrics into soul-satisfying hard rock.  They have released about a dozen tracks, 10 of them collected into an album called Tread Eternal and they are now gearing up to make some national noise with appearances and social media.  We recently caught up with two-thirds of the band  – guitarist and vocalist John Cusaman and bass player Dan Jernick who also does backup vocals – for a conversation about life, death and being a sea captain.

Patrick. Where did the name come from and what is the evolution story of the band?

John. John the Gun started out as an old twitter handle of mine taken from the Sandy Denny song and a minor character in the movie “Snatch” – we are all big movie buffs.  The band started as a solo project under my name. I recorded an album by myself but I  needed a band to actually play the music. So I got some buddies together – Dan was one – and we started to play music together and it became something different altogether  and better. We decided to take on a new name and became an actual band and here we are.

Patrick.  How did your band evolve its style of music?

Dan.  All three of us have different tastes but we also have similar overlapping tastes.  We came together playing John’s music, but our style as a band just came together.  It adapted– it is heaver that John’s original music.  We got all the misfits in the room and we created this music.

Patrick. To me, the signature sound of JTG is the tight, aggressive rock carrying very interesting  lyrics. Many of your lyrics are about ships and the ocean and death.  As far as I know you are not dead and you were never a ship captain, so what are all these oceanic lines about?

Dan.  They are John’s alter ego talking – he always wanted to be a ship captain.

John.  When I write lyrics they are largely rooted in metaphor.  They sometimes come out more as a story than a literal translation of what I am thinking.  One of our songs, “Ghost” is about a sea captain who never quite gave his all to his family – he really wants to be out at sea.  It is a contemplative song about what is your real priority in life. If you listen to the whole album all the songs kind of center around the idea of a captain who is on a journey through life – we didn’t intend to do that, but it is there. 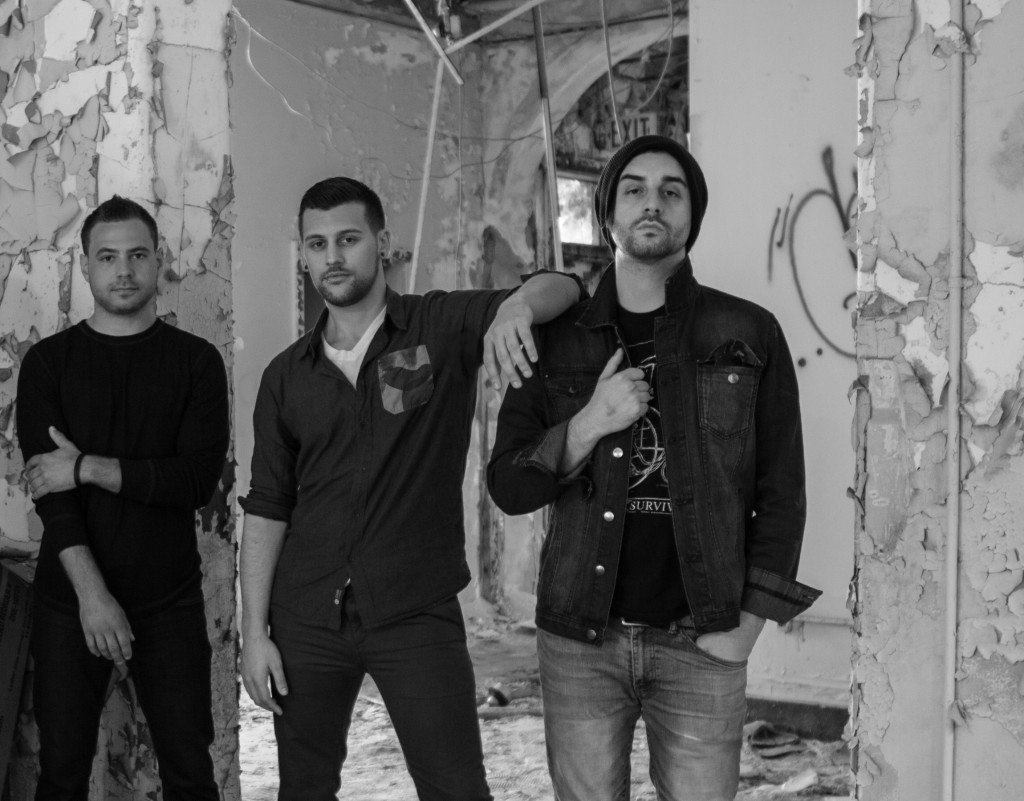 Patrick.  Something else that is there is great drumming.  Congrats to your drummer on that song and all of them.  He is so good, you don’t  notice how good he is. The mark of a great drummer and a tight band.

Dan.  He makes my life a lot easier as a bass player.  Sometimes if I lose track of what I am doing I can look at what he’s doing.

Patrick.  There are two lines in your song “Relevant” in the second verse – There are holes upon holes in the logic you use /You cannot be right when you’re so damn obtuse.  First, I can’t think of another rock song with the word “obtuse” in it.  And second, your logical critique of logic is not only unique in rock, but requires a second listening.  What is going on there?

John. I wrote that and most of the album’s lyrics.  On the whole it’s a song about recognizing your own flaws.  I actually wrote the lyrics a while back before we put it together as a band – it existed in pieces.  I was in a place where I wasn’t sure where I was going in life.  I saw my friends moving on and I didn’t know what I should do.  I was reflecting on how to move forward.

Patrick.  You are from a small down in Northern New Jersey…not known as a cauldron of alt. rock creativity.  How did it spawn this band that plays in hip New York clubs?

Dan.  It is a cauldron, bubbling away. I think we were into this music since we were young – my older brother and sister and  parents played  rock music.  There has always been a music scene in our area.

John.  There is an surprisingly active music scene in Nutley, this little town.  There were tons of local bands in high school. We just got lucky.

Patrick.  But then how come all of the songs are about death and pain and loss.  There are no happy songs.

John.  There is an artistic melancholy that all artists share.  It’s not like I wake up every morning thinking about death or drowning at sea, but it is the larger questions in life – questions about purpose and what does it all mean – that I am interested in.  At the end, when I look back I will ask what I have accomplished. I think about this a lot.  I have always been drawn to music that explores these philosophical questions.

Dan.  I think we will push the happy buttons on the next album.

Patrick.  Another song of yours, “Navigator” also requires multiple listening because of the sophisticated literary lyrics. Do you all have English PhD’s?

John.  Actually the only one of us who has been to college is our drummer.  I think what I like to do is write songs that people just enjoy listening to – rock out and have fun with them, but If you want to dig into them, there is something there to think about.  “Navigator” is actually a ballad written from the perspective of a deity who is saying you have to be accountable for your own actions, draw a line and grow up, act in a positive way.  It comes from some friends who passed away from drug overdose.

Patrick.  One of your songs, “Unilateral”, is part of a breast cancer awareness album  Have you had women in your lives who had breast cancer?

Dan.  When the opportunity first came to work with Tree House Sound in Jersey City, we jumped at it.  I think each of us has had cancer touch our lives in some form and we were chomping at the bit to help raise funds and awareness for the cause.

Patrick.  Are causes larger than yourself part of  your life and music?

John.  It is something we are happy to do and always trying to be involved in.  We have done charity shows like Relay for Life.  We are always glad to use opportunities to help.

Patrick.  How do the three of you manage to sound like six people?

John.  We try to not overdo it.  Pretty much everything we do translates live.  And we use a lot of pedals.

John.  No plans yet, but we would not rule it out.

Patrick.  Let me know if you do.  John and Dan. Thank you.

Their debut album, Tread Eternal is available on iTunes and Soundcloud.