Anthony comes from East Los Angeles (Boyle Heights) and has an amazing journey that has led him to LOPEZ. His character has grown this season and will be seen going to an entirely new journey as well as having his upcoming Rap song featured in the show.

Lopez (One Bad Hombre) on TVLAND Wednesdays at 10:30pm.

The series revolves around George as he struggles with wanting to give back to the Latino community where he grew up, but also feeling as though he can never satisfy all the demands placed on him by both the celebrity world and his hometown. Manolo (Campos), his driver, confidante and sometimes wing-man, rides along with George through his ups and downs. 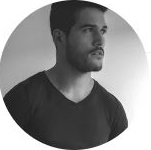