When you hear the name Las Cafeteras, what is the first definition that comes to mind? The most popular answer would be:  a group of females that either drink coffee or own/work at a coffee plantation, well, that would be the usual case; however, if you are an East LA native you probably know that Las Cafeteras is a group of seven talented Chicanos and Chicanas born and raised in East LA, that through their urban/folk/Chicano/afro-Mexican based music have been transmitting a message of unity, love, acceptance and passion for their culture.  With their music, Las Cafeteras are bringing different cultures together; they share the message of “It is OK to be different”.   Now, to be fair to our Gypsetters that are just getting familiar with  Las Cafeteras we would like to share our impression of the amazing cultural movement they are leading and while at it share the stories of their nacimiento, evolución y visión hacia el futuro.  We had a chance chat with Denise Carlos and Hector Flores of Las Cafeteras while sipping at mochas or cafes con leche de soya, it was more than an interview, it felt like a chat with new friends, they shared facts about the group’s origin, their dreams, fears, and accomplishments.  How is it that their respect to women and what the female figure represents in their life and culture has marked Las Cafeteras since their early development up until today, when they present a remixed version of their song “Mujer Soy” which translates to “I am Women”.

The name Las Cafeteras was born at Eastside Café, which was a building in El Sereno, California, not a café as you would think, it was a meeting point, a political and cultural space where they would meet whenever they would go to marchas or marches, says Hector Flores.  The group that gathered there was called Los Cafeteros, but it just didn’t feel right to leave the women in the group behind, so they proposed to be called Las Cafeteras, everyone agreed and they kept the name.  “To a lot of people doesn’t make sense” says Hector, as the group is formed by: Annette Torres, Daniel French, David Flores, Denise Carlos, Hector Flores, Jose Cano, and Leah Rose Gallegos, three women and four men, but, the name has also been big deal to many people as it shows their respect to women. 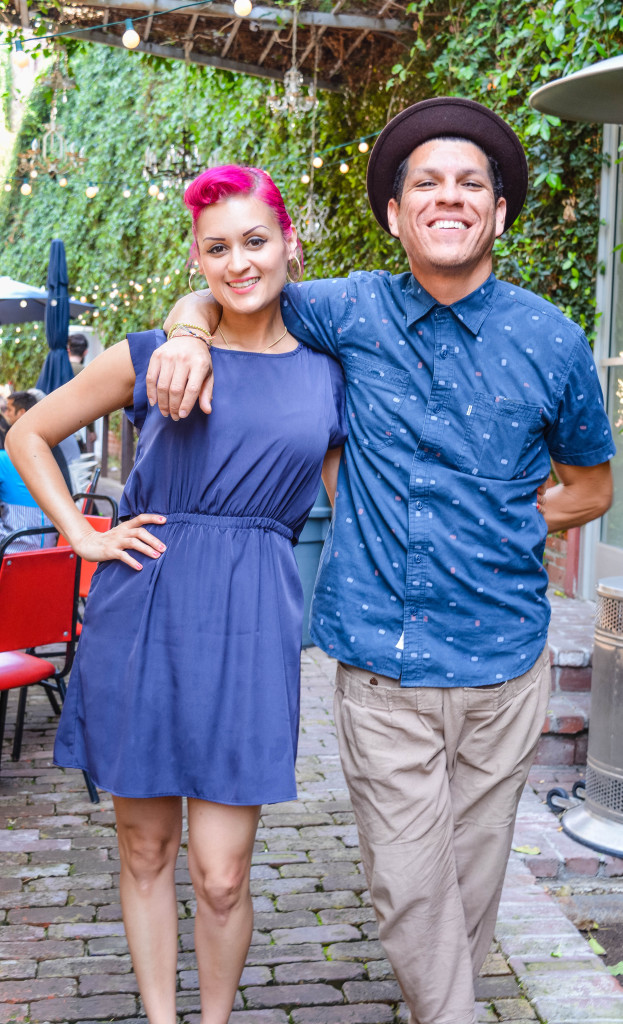 The group, Las Cafeteras, was actually born in “El Movimiento” say Hector and Denise, “we met during college doing delegations of the Zapatista movement; we would also support local movements”.  They started gathering during their classes of son jarocho (a musical style and dance from the state of Veracruz, Mexico) at the centro cultural and little by little Las Cafeteras was formed.  “Being kids of immigrants brands you in a way as a kid, I remember being scared that my parents would be taken by the migra, thinking that one day my parents wouldn’t be there was scary, my sister even had a plan in case this were to happen. This is an identity, a community of people in the movement that speak spanglish, that love their cultura but did not always understand or knew the power of it, and now being able to join together and play their instruments, it’s a seed that was planted” says Denise Carlos, and in the year 2009 they decided to transmit their message through music, their love and passion for the movement prompted them to develop a way to share the love.  But they didn’t grow up playing music as it is the usual case, “the lack of money and music classes, didn’t make it possible” says Hector, “most of us learned to play in a community center when we were in our early 20s”.

Las Cafeteras’ sound has evolved to the sound we hear now, “we have grown a lot, my dad used to call us Las Chivas Locas, decia que gritabamos mucho” says Denise.  They used to be known for their son jarocho sounds, but now “también hemos llegado a la conclusión de que no somos jarochos, nosotros somos Chicanos, we have learned the roots, but our sound continues to evolve”.  Even their own friends didn’t always like their music, but things have changed, new generations of fans have revealed and little ones approach them and sing along their songs, “it has been such an honor, from 3-year-olds to abuelas, it doesn’t matter what language you speak”.  Their music and message has brought them to have the acceptance that they now have by the local and international audiences  “Ya no somos Las Cafeteras del Este de Los Angeles,  ya somos Las Cafeteras del mundo, los mensajes que estamos compartiendo, ya los escuchan fans en el otro lado del mundo y en Latinoamérica” says Hector.  Hector shared with us a conversation that wowed him, he mentioned that once they played with Colombian rock band, Los Aterciopelados, and he remembers speaking to his tocayo, Hector Buitrago, after their performance, “he told me que nosotros eramos la nueva revolución aqui en los Estados Unidos, it meant a lot, it was a real honor, you don’t realize how big you are until you hear something like that”. 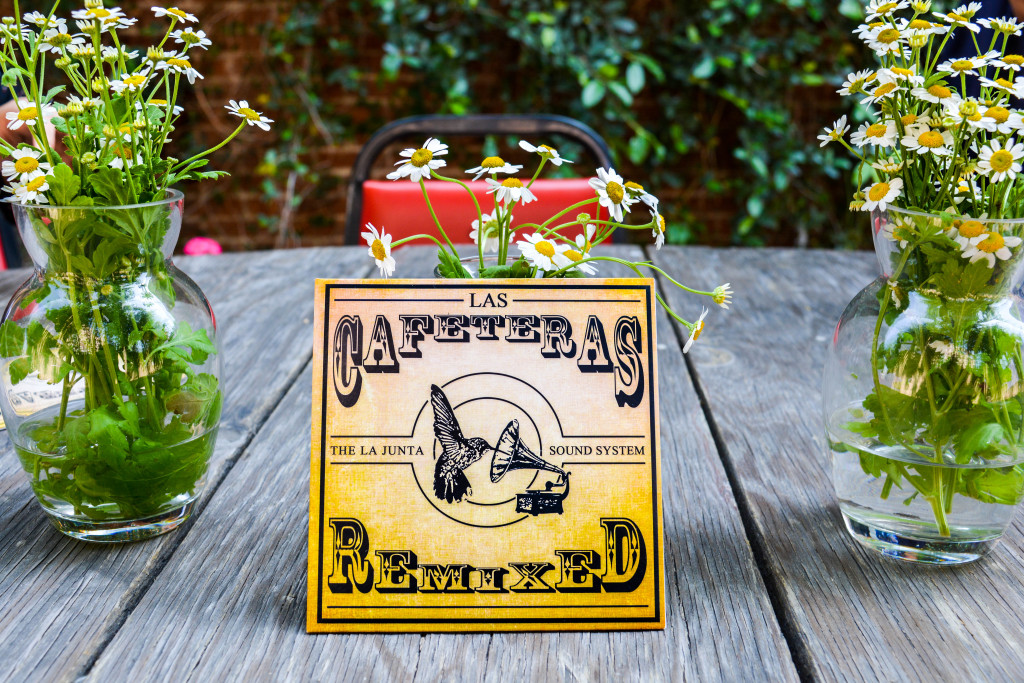 Songs with empowering lyrics form great part of their repertoire; such is the case of the song “Mujer Soy”.  Denise talks to us about her vision of this song, “As a female musician you have to really be assertive and mark your place, and I think, especially after listening to what is on the radio nowadays, when women are mentioned in some songs is not always in a positive or empowering way.  Mujer Soy was inspired by the women in my life, who have been very strong, that have had obstacles and have overcome them, I wanted to put that in a song, because we deserve a song that says: I see you, I am you, we see you and see all that you have gone through, we are proud and we know you are strong”.   Denise is a social worker and has worked with survivors of domestic violence.  Mujer Soy is a song that wants to inspire women and tell their stories in a positive and empowering way.

A perfect and local example of how Las Cafeteras has reached and reunited other cultures through their music is the case of DJ Yukisito, he is a Japanese DJ and fan of Las Cafeteras, he is also part of a collective of three DJs, a Chicano, a Filipino, and a Japanese DJ, they form The La Junta Sound System, they are the responsible parties of the new remixed songs of Las Cafeteras.  “DJ Yusikito made a beautiful dope remix of Mujer Soy” explains Hector.  But why choose a song that is not a club song to be part of a remix? Hector explains “Mujer Soy, is not a club song, we usually play it where there is an engaged and captivated audience, it is not a harsh song, that is why is interesting that this song was chosen for the remix, The La Junta Sound System wanted to take the essence of Las Cafeteras to the club, they wanted to reclaim the dance floor with empowering dance music, unfortunately even women are getting down to really degrading music.  We wanted to reclaim that space in a positive way, when times are harsh music is always there, it is even a type of therapy for the soul”. 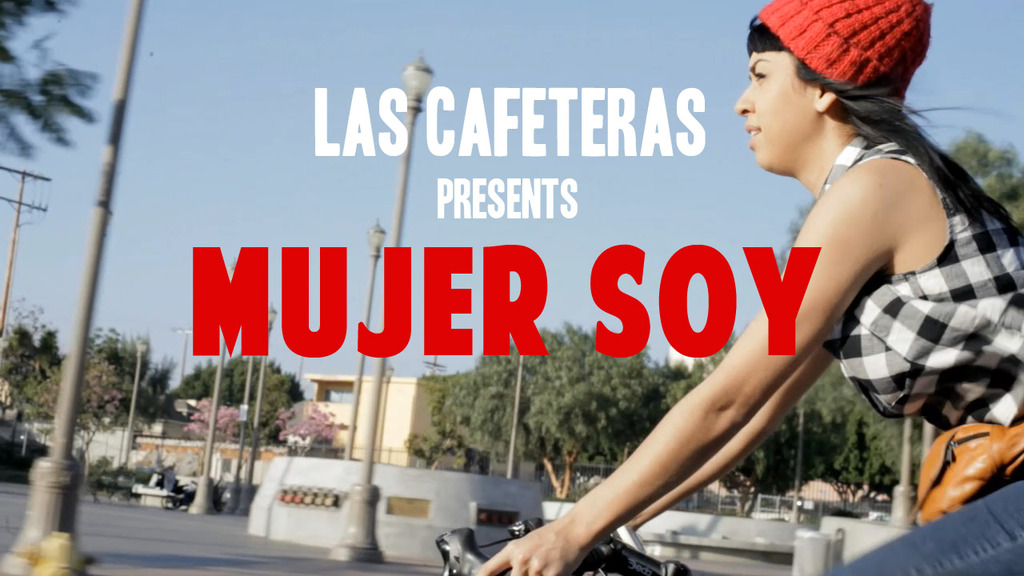