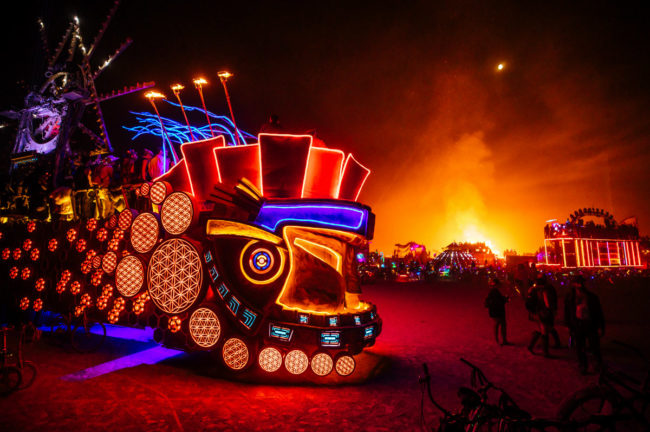 On August 4th, the globally-renowned Mayan Warrior will make its West Coast debut as the Mexico City-based Burning Man staple makes its final stop along its journey to the Playa. Taking place at Grand Park in the heart of LA beneath the iconic City Hall building, the full Mayan Warrior art car will bring a slice of Burning Man to downtown Los Angeles. As with their famed Playa parties, where tens of thousands gather around the sensory spectacle each year, the artistry of many are woven together under the care of founder and creator Pablo Gonzalez Vargas for an unrivaled light and sound experience.

From the mind-melting Alex Grey painting to the Huichol artwork that adorns the central mandala and the tribal design of the vehicle itself, the ornate design provides a sacred backdrop for a cadre of the most dynamic DJs and producers on and off the playa. The music will feature members of the Mayan Warrior crew along with a few special surprise guests. Tickets can be purchased here! 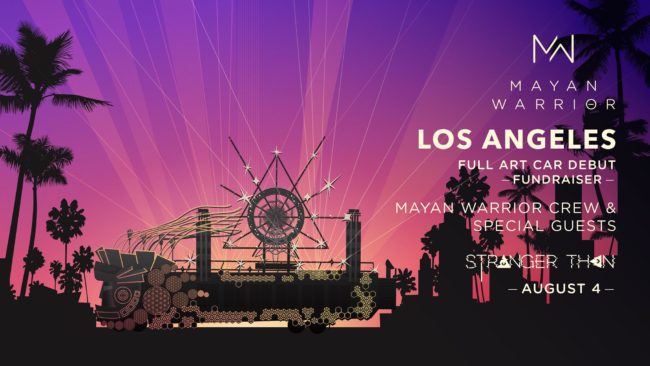 Artists outside of the music include Paolo Montiel, a prominent experimental lightning designer responsible for the light design of the Chichén Itzá pyramids and right hand of James Turrell in his Latin America projects. Mark Nath will also be lending his expertise as a laser designer with 20-years of experience doing lights for legendary artists such as Jay-Z, Kanye West, The Killers, Ice Cube, Swedish House Mafia, Lady Gaga, Tiesto and Eric Prydz.

This is a rare chance to see what many describe as Black Rock City’s most iconic art car outside of its natural habitat with proceeds going towards Mayan Warrior’s appearance at Burning Man 2018 as well as to Create Now, a not-for-profit organization which helps the youth find their voices through arts, mentoring and education. Inspired by Mayan and Huichol lineages and enhanced by state-of-the-art sound and lighting design, Mayan Warrior is a product of Mexican creatives, sustained and brought to life by a diverse community of Burners, artists, creatives and music-lovers.

The endeavors of creator Pablo Gonzalez Vargas expand far beyond the Burning Man community as he is also the founder of Sr. Pago, one of the leading e-payment platforms in Latin America. As if having his hands in both the art and tech worlds wasn’t enough, he is also the founder of EXA Radio & TV, which become one of the most influential media outlets and voices for the Latin American youth market. 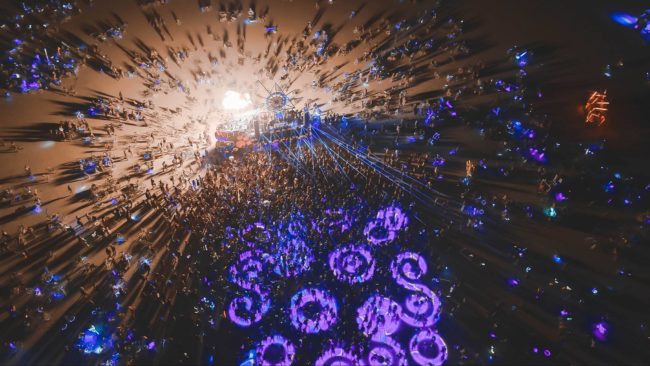 More recently Vargas created Ilumina, an interactive light and sound installation that first appeared at Burning Man in 2017 and is described as a “profound visual, aural, and mystical experience that highlights the interconnectivity of our planet and enhances the global energy field.” Vargas is a brilliant mind who is motivated by grandiose visions and an even more grandiose drive to materialize them.

Alongside Vargas is a massive collective of artists, craftsmen, photographers, designers, technologists, architects, engineers and musicians from Mexico City and Northern California who all play crucial roles in the Mayan Warrior’s spectacular existence. Together they share a common goal of creating an immersive experience through art and music that encapsulates the sacred and ancient sources of geometry.

Now with an ever-growing tribal-futuristic following, Mayan Warrior has flourished beyond its origins hosting several other fundraising parties over the years in Tulum, Miami, Toronto, New York City, Dubai, Moscow and San Francisco. Contribute to the magic and join the eponymous Mayan Warrior crew along their long journey to Burning Man. 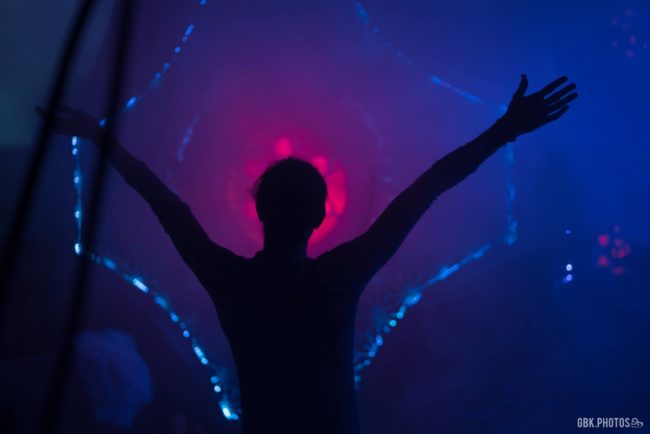 About The Artist
Founder of Mexico’s Sr. Pago, one of the leading E-Payment platforms in the Latin America, Pablo is also the founder of EXA Radio and TV, among the most important media outlets for the Latin America Youth Market. Amount his artistic purists, Pablo was the founder and creator of the Mayan Warrior, a multimedia arts vehicle which has visited Burning Man since 2012, along with the interactive light and sound installation Ilumina that appeared at Burning Man for the first time in 2017.