Every once in a while you come across a sound and lyrics that just connect to your core, making you grove and move to that deep sound that touches your soul. The beat of the drums, the blare of the horns, and the voice soaring in a perfect groove, colorful, funky and tropical Latin-infused sound, as in the case with Miami’s darling, Elastic Bond, as they release their new album Honey Bun.

Led by the edgy and funky Sofy Encanto, Elastic Bond could be described as Miami Suave Pop – the type of retro-futuristic combination of folkloric rhythms and electronic beats that are mixed with sultry female vocals. Their music is based on well-crafted pop songs and catchy melodies with a unique style of urban funk. They are not your typical Latin band – they like to play around with tropical jazz pop eliciting smooth Miami vibes.

Their previous album Real debuted at #1 on the iTunes charts and top 10 on the overall Latino charts, and the band wowed critics and fans at the Latin Alternative Music Conference (LAMC) in NYC. NPR celebrated the band, raving, “Elastic Bond is accomplishing what [we] always hoped that would happen in Miami: they are meshing all the cultures there together.” 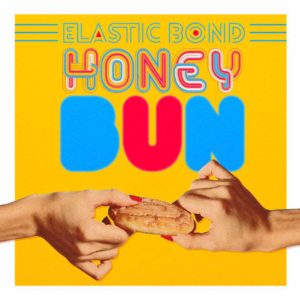