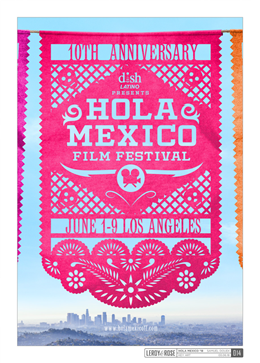 “As Mexican films continue to break barriers in the US and globally, I am humbled and honored to be celebrating the festivals 10th anniversary this year. The lineup we have put together is beautifully rich and diverse and we are delighted that Los Angeles movie lovers will have the opportunity to experience a bit of Mexican culture and heritage on the big screen,” said Samuel Douek, HOLA Mexico Film Festival presented by DishLATINO Founder & Director.