Premiering The Broad’s Callings Out of Context series, Helado Negro, created by Florida-born producer/singer Roberto Carlos Lange, will bring an intimate performance of his English-Spanish hybrid songs and new dance to the REDCAT– Roy and Edna Disney/CalArts Theater in Downtown Los Angeles on November 5th, 2015. The series is set to feature “hybrid-minded contemporary musical artists that engage, point to and tell stories about the modern market they are simultaneously a part of,” and “will pair artists from divergent corners of the marketplace.”

Gypset Magazine had the opportunity to talk to Roberto Carlos Lange on his musical journey and upcoming REDCAT performance:

Congratulations on all of your success!! Young, Latin & Proud is amassing great attention among our youth, in the mainstream culture, and it was recently called a “quietly empowering” song by Billboard magazine. What moved you to compose such a strong, yet subtle track?

It’s a song that I wrote last year in December, earlier this year in January, and it’s been something that I’ve been thinking about for a long time. It’s a personal song, more than anything. Kind of the way I’ve described it to myself and other people, as well, is kind of like this lullaby; a post-card for me from my younger self, to encourage, soothe and remind myself that, “It’ll be ok.” Growing up with a bi-cultural identity, and how confusing it can be and alienating it becomes… the song is more than anything a soothing encouragement. It’s definitely empowerment, with the lightest touches.

You grew up with a lot of music in your household as a child. What were some of the Latin artists you listened to as a child? And perhaps influenced your music or the way you feel as a Latin musician?

Oh, there’s so many, I think to name one would be a shame, but my father and mother would listen to a lot crooners and pop ballad type of singers from Ecuador, like Julio Jaramillo and an Argentinean singer, kind of like a protest singer, Vierro, he was great… and then more pop oriented songs that were on the radio, like Jose Jose, Juan Gabriel or Leo Dan.. those were the top world aspects of it. There was also a lot of dance music like Merengue, Salsa, Bachata.

Julio Jaramillo was a great musician! I’ve actually introduced his music to some friends, who had never heard of him before. It’s beautiful our parents introduced us at a young age to that romantic and poetic music of their time.

I definitely pull from that, and I like the more abstract aspects form that singers, like Julio Jaramillo, used to do. But maybe removing some of the sappy aspects and kind of injecting it with social and political undertones, kind of like with Young, Latin and Proud, but still using that pop format.

I’ve read you’re not a “huge sci-fi fan,” I’m curious, what attracts you to these outer world sounds in your music?

I think growing up in South Florida, in Miami and in Fort Lauderdale, in this hyper vividly place… that could be sunny one minute and the next a giant storm comes and crushes you for a good hour. It can be bright, but even then the darkness is really dark—a really scary ass black storm just comes through. Musically, there was also so much of that happening in South Florida. On the radio, late nights there would be electro and disco sounds, kind of like weirder things I don’t think a lot of people grew up listening to at night, if you didn’t live in South Florida. Later on in high school, a lot of people were making underground music and there were many pirate radio stations that existed in the Fort Lauderdale, the neighborhood I lived in. I grew up in a Caribbean neighborhood, and there would be a lot of Caribbean pirate radio stations that would have dance parties, like Reggae and Dancehall, and then in Miami there would be this underground techno, electronic, weird music and radio stations. There used to be a big party in South Florida called the Winter Music Conference and I always felt like that was a retaliation of the commercialization of that music, which becomes a corporate appeal. I think a lot of that was an influence on me. 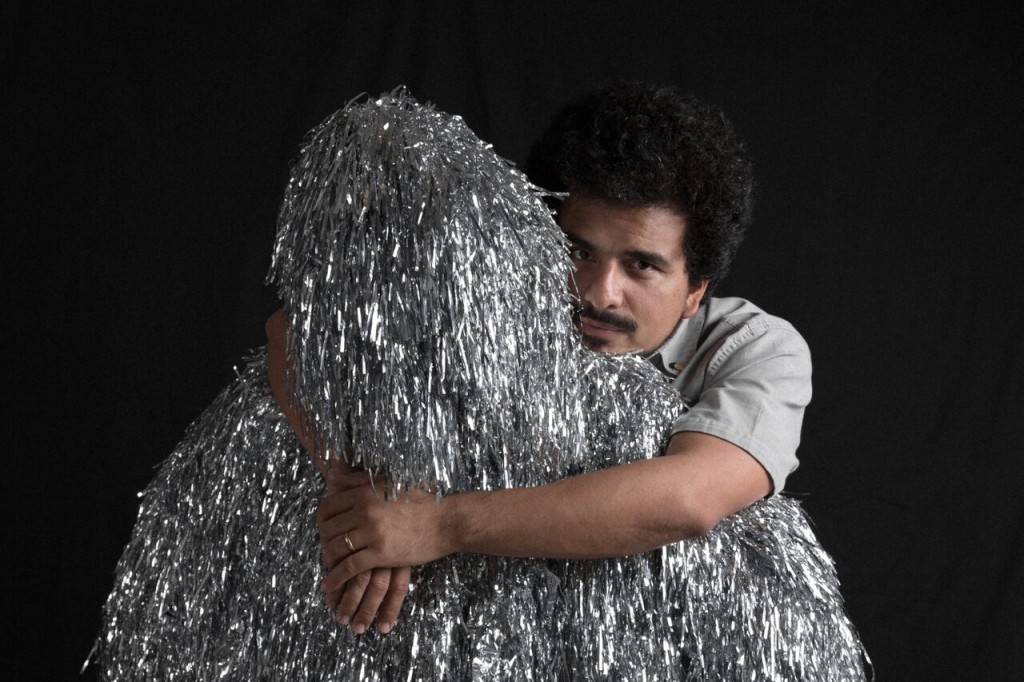 How do you feel, now as an artist, playing in underground scenes, showcases or community grassroots events and also play at these bigger commercial events? How do you maintain and balance the richness of your art or the creative, under the radar feel and still be out in the mainstream for people to actually hear of your music?

As you get older, there’s definitely a change in philosophy, and that change in philosophy reflects your age, I think, more than anything. As my responsibilities tend to accumulate for me, it’s just day-to-day things that I have to handle. How am I getting somewhere? How am I going to pay for it? Am I going to eat today? That never changes. But then, there’s responsibilities that accumulate, like seeing 6 months in advance how I can do some other things. How to fulfill projects that I want to fulfill? Do you do this or do you do that? It’s just decisions, and your response to that decision. That’s the only way you can look at it.

I have this conversation with a lot of people, where I think there is a very specific era of things happening with underground music, maybe more specifically with something like Red Bull, where they represent a lot of electronic music or a lot of cultural music right now—they host a lot of events—but you know, at the end of the day they’re still an energy drink. It’s no different than Coca-Cola or Pepsi or Mountain Dew. It’s not like it’s organically made soda. And so, it’s looking at the bottom line.

If you could collaborate with any Latin artist or musician, dead or alive, who would that be? Or with a collective of artists?

Oh man, that’s a hard question! I’ve never been asked that question, but I’ve thought about it. I think everybody does.  I think the hardest thing about that question is that, maybe it would be great to collaborate with your favorite artist, but you probably wouldn’t get along with them. They might just be completely different people. I think that the music we fall in love with, our favorite, most inspiring music that we attach ourselves with, was made at a specific point in time, and that’s milestone for those people. So I always think, it’s kind of hard thing to attach yourself to someone because of something they made and try to align yourself with that and hopefully reproduce that same feeling. Where I think, what’s more important to me is to develop the relationships with the people I’ve known over the years and we create this rapport with each other. There’s a moment that happens when we create something together at that point in time.

You’re premiering The Broad’s “Callings Out of Context” series with Rabbit Rabbit on Nov. 5th. Can you tell us a little about this collaboration?

It was a commission through Ted Hearne’s Center, the composer; it’s a series that he and The Broad are co-presenting with REDCAT. What I’ve been working on for that past year and a half, 70 or 80+ shows now, I created these costumes and I’ve been dealing a lot with movement for my stuff. As I’ve been touring for that past 9 years now, I’ve thought about the movement of my body and how it moves and how I interact with the stage and with the people in front of me and how I respond to the music. Through that whole process, I started thinking of other people moving on stage with me and I so designed these tinsel mammal costumes that I travel with throughout the United States and I get people to volunteer to wear them. I then would choreograph and teach them these movements. These costumes have created this form of anonymity that empowers people to be on stage, and feel like they’re in this safe womb, and they can perform without stage fright.  They’re people on stage, in their own world, not interacting with others, but they’re interfacing with the whole show.

I’ve started working with more professional dancers now, and that’s been a whole new step of developing with more advanced movements, and understanding the costumes, even way better than I ever did, understanding the body of the costume. For REDCAT, I will be working with some dancers and presenting movement of the tinsel costumes with new choreography, new music and a new performance. I look forward to seeing people there with me on November 5th. It would be great to see everyone come out and enjoy the show!

Helado Negro will perform on November 5th, 2015  for a limited seating engagement at 8:30pm along with Rabbit Rabbit (Carla Kihlstedt and Matthias Bossi) at REDCAT.

Tickets are $25 and can be purchased at Helado Negro.