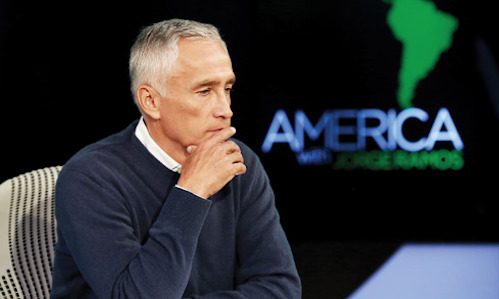 FUSION and Univision today announced the feature documentary Hate Rising will make its television premiere October 23 @ 10PM during unprecedented dual-broadcasts on FUSION in English and Univision Network in Spanish. The film is directed by Emmy-nominated Catherine Tambini (The State of Arizona), reported by award-winning journalist Jorge Ramos, and produced by Univision Story House in conjunction with FUSION. Hate Rising will be released theatrically in Los Angeles on October 14 and in New York on October 21.

This timely film shows the astonishing and very concerning rise of hate in America. From the Klu Klux Klan to the so called Alt-Right movement, White Supremacist groups are growing in numbers and influence. Their ideas, usually confined to private and secretive gatherings, are becoming mainstream thanks, in part, to the rhetoric being used during on the campaign trail this election cycle. The Southern Poverty Law Center has dubbed it “The Trump Effect.” There is a small, radical segment of the White non-Hispanic population who feels threatened by the demographic changes in the country and are resisting the possibility of becoming a minority. Throughout the documentary, Ramos explores the mainstreaming of these ideas on TV, social media, and in our communities and classrooms. Over four months Ramos traveled to small towns across the nation speaking with Neo Nazis, members of the KKK and the Alt-Right. He also heard stories of Muslims and Latinos who have been the victims of hate crimes. Last year Ramos himself, a Mexican immigrant who is also an American citizen, experienced the anger and intolerance simmering just beneath the surface of our society when a Trump supporter told him to “get out of my country.”

“Fear and hate have always existed, but the increasing divisiveness we see playing out in Americans’ everyday lives and across social platforms means that we need to focus a lot more on achieving a more civil, public discourse. Words and messages matter and hopefully by this film shining a spotlight on some of the darkest parts of our culture and society, we will all take a constructive step forward to face some uncomfortable truths and challenges and how to solve them,” said Isaac Lee, Chief Content Officer for Univision Communications Inc.

Jorge Ramos is a Mexican-American journalist and author. He is the anchor for the award-winning broadcast “AMERICA with Jorge Ramos” on FUSION and has co-anchored the award-winning evening newscast “Noticiero Univision” (Univision News) since 1986. He also hosts “Al Punto” (To the Point), Univision Network’s Sunday public affairs program. Ramos is one of the most highly respected journalists in the United States and Latin America. Over the past year, Ramos was included on TIME’s annual list of the “100 Most Influential People” and Fortune named him to their list of the world’s Top 50 Greatest Leaders. He has published 12 books, including his most recent, Take a Stand: Lessons From Rebels.