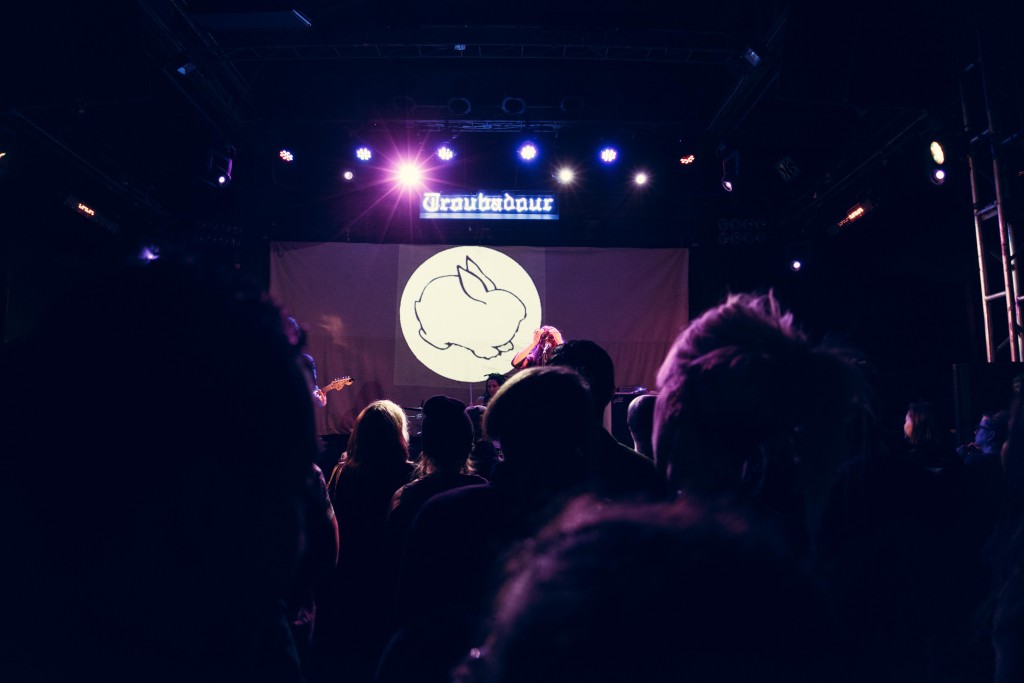 Allison Iraheta and Matthew Hager wanted to “Say It Loud” Monday night at the Troubadour and they did…they let LA and the country know that Halo Circus had fully emerged as a headlining leader in the explosive world of bilingual, disruptive, mission-driven rock music. The Say It Loud event produced by Halo Circus’ bassist Hager and co-sponsored by LA’s Gypset Magazine pulled together American Latin Music guitarist David Garza, Fishbone’s Angelo Moore and his new underground funk punk ghetto quartet N-fidelikah,  Heliotrope,  legendary producer KC Porter and his Cruzanderos, flamenco guitarist Victory Mori and, of course, the incomparable Halo Circus. It all worked; not only was it loud, it was transformative.

From first notes struck by Tokyo-born Mori to the last twang of third generation Mexican-American David Garza’s electric guitar, Say It Loud changed the way we think about music – and entertained the hell out of us.

Following the example of bands like Las Cafeteras, Halo Circus bassist and the evening’s organizer Matthew Hagen designed a democratic mashup of powerhouse talent instead of the usual custom of booking lesser known bands to hold down the stage before the headliners showed up.  They were all headliners;  a hat tip to Hager not only for his skill at assembling a powerful lineup, but in having the self-confidence to give them his stage. 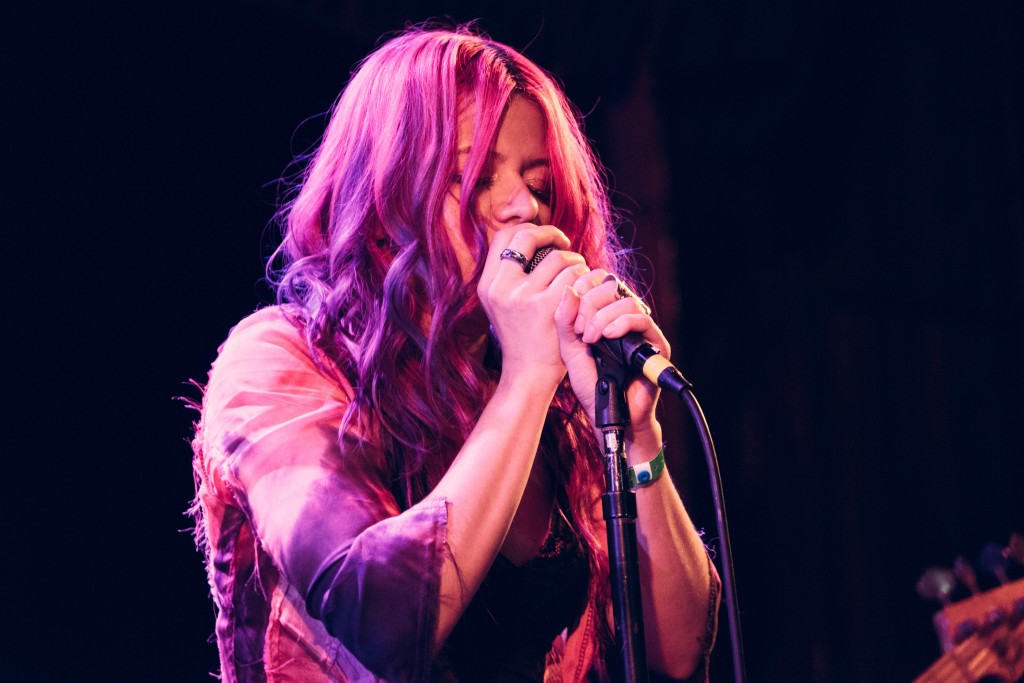 But that is Halo Circus,  an unclassifiable band described by its star singer, Allison Iraheta, as creating “anthems for introverts” – songs that reach deep into the places we seldom talk about and roll them out in unforgettable music.  Founded in 2013 by Iraheta and Hager, Halo Circus debuted at the Troubadour the same year, opening for Teddy Campbell. Iraheta had previously launched a solo career, touring with Adam Lambert after finishing as the 4th place finalist on the 8th season of American Idol and releasing a Billboard-charted album on her first try.  She  met the multi-platinum record producer/musician/songwriter Hagger when her guitarist, David  Immerman, asked her to record vocals on a song he and Hager wrote. That chance meeting led to the creation of Halo Circus – whose name Iraheta says is  “spiritual, mystical, and mysterious” signifying “the sacredness and craziness of life”.

Sacred and crazy is what Say It Loud put on stage Monday night at the Troubadour. The almost holy delicacy of  Mori’s guitar riffs to the very unholy jazz-rap-rock-Occupy themes of N-fidelikah, the audience was  ping-ponged from to peace to joy to anger to desire throughout the night. It was a soundtrack for modern life.

Each different band expressed an aspect of this soundtrack, but Iraheta concentrated all of them in every song.  Sometimes crouching, sometimes folding inward on herself, sometimes throwing her head back and orbiting the crowd with her voice and her presence, the normally shy and friendly Iraheta morphed into a cross between a banshee and an angel on stage. I have seen Halo Circus live three times and the transformation still unnerves me. 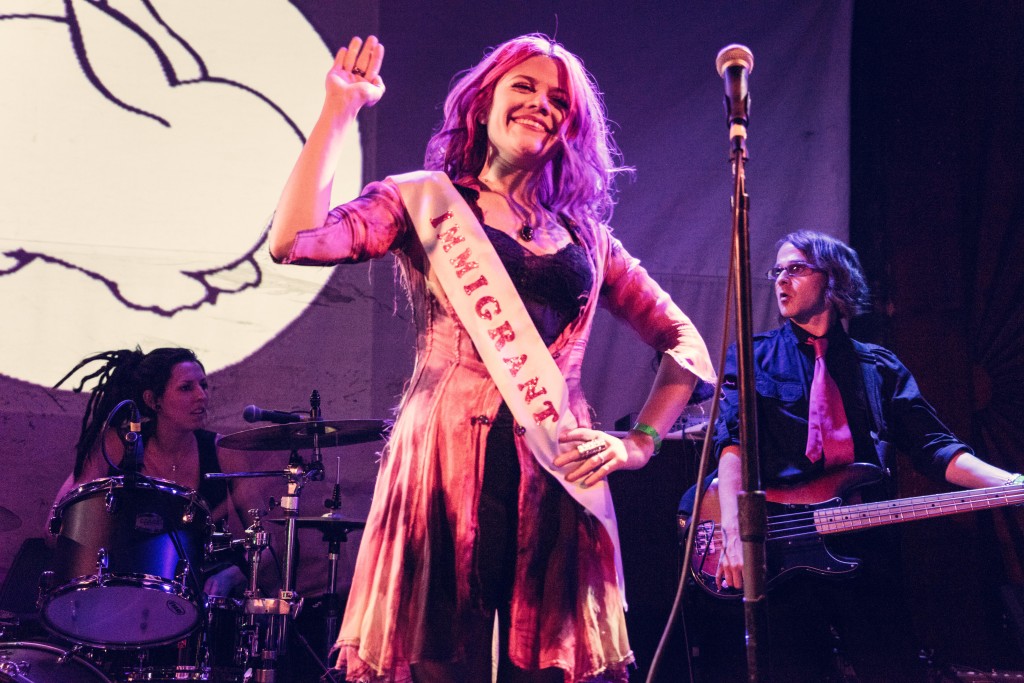 Some of the emotional lava flow from Iraheta comes from rancheras, the deeply emotional and often sad music of Mexico and central California that she listened to as a child growing up in South Central Los Angeles.  The daughter of Salvadoran immigrants, Iraheta listened to the music of Linda Ronstadt and Paul Williams that was omnipresent in her  home, along with  the operatic Phantom of the Paradise, Brenda Lee and Julieta Venegas in Spanish, and later on, hard rock bands.  All of those influences compacted like starlight pulled into  the center of black hole in the 12 songs Halo Circus delivered in English and Spanish at the Troubadour. The racially and linguistically mixed audience shed their differences and cheered when Iraheta put on a banner proclaiming that she was an “immigrant” and Hager hit the downbeat bass notes of Halo Circus’ breakout hit interpretation of Duran Duran’s “Do You Believe in Shame”. The cheering ratcheted up as the band ratcheted up their energy with “Out of Love”, “Can’t Take You Away From Me”, “Something Special” and finally, a new song, “Band Aid”.

Although Iraheta’s musical catharsis drained both the audience and the singer in Halo Circus’s set, Say It Loud wasn’t over with “Band Aid”.  Rock guitarist David Garza mounted the stage as the notes faded and did his electric magic, often with Iraheta joining in.  True to its democratic impulses, the headline band let another artist headline. Best encore ever!

Although Iraheta has been singing in English and Spanish since she was a child, and even did a stint on Telemundo, Say It Loud marked hers and the band’s very public embrace of the explosive American Latin Music (ALM) bilingual musical and social movement.  Halo Circus is adding a new and powerful strand to a community that includes artists like La Santa Cecelia, Ricky Martin, Pitbull, Julio Iglesias Jr., Ozomotli, Fulano de Tal and Las Cafeteras,  and to a movement that recognizes that the United States is the second largest Spanish-speaking country in the world with a bilingual music audience that is approaching 100 million — all of which bodes well for the release of their new album next year.  Halo Circus’ timing is perfect; it’s voice is strong; it’s future is very, very bright if they keep saying it loud.