An amalgamation of Gypsy and Jetset, Gypset is a term coined by Julia Chaplin that incorporates the nomadic free spirit of the former with the latter’s bon vivant existence. It leans towards ethnic prints and bohemian, layered garments, capturing the notion of wandering the globe whilst maintaining a glamorous international edge. Inspired by hippies, beatniks and the Lost Generation, the clothes are exotic and carefree but distinctly fashionable, wild yet sophisticated, existing as a ‘floating movement’. Examples of Gypset can be found in the luxurious bright colours of Ossie Clark prints and Zandra Rhodes’ billowing layers; in 1967 Yves Saint Laurent tribal-printed dresses or the brocade and sequins by Marc Jacobs that would not have looked out of place in a Middle Eastern Souk. In celebration of Chaplin’s new book on the topic, entitled Gypset Style, AnOther considers the five elements of a classic look. 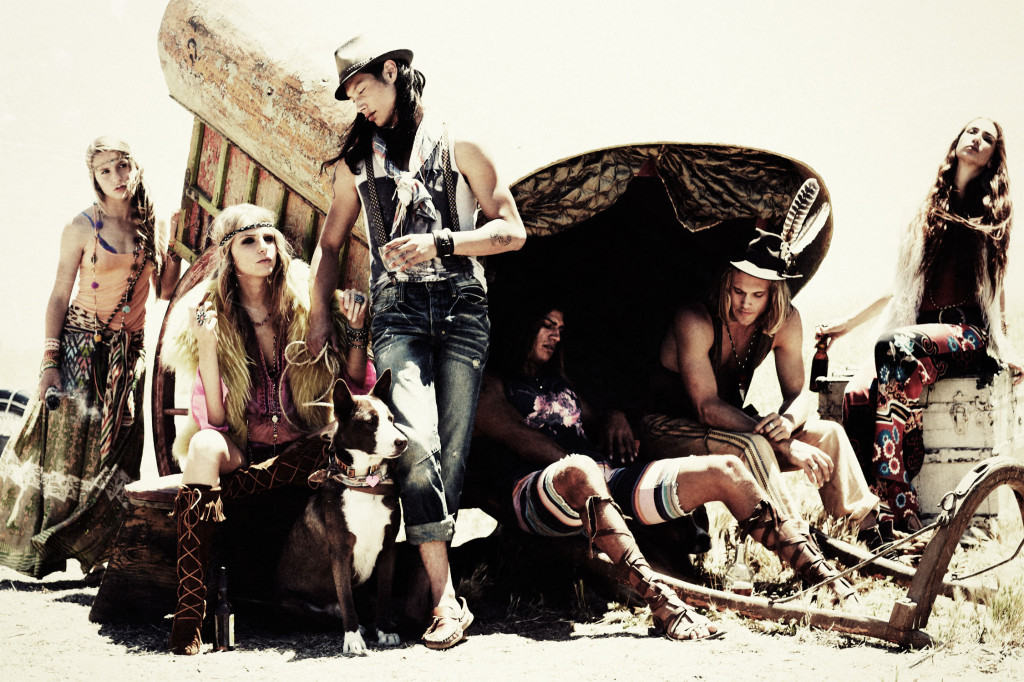 Modesty: While it is undeniable that many of the Gypset lifestyle are wealthy, ostentation is considered vulgar. Clothing should look distressed and replicate the borrowed, found heritage of gypsy. As Chaplin explains, like “a jewelry designer who would rather work out of a town in Mexico than in Paris’ über-chic Saint-Germain-des-Prés.” Gypset is about forging your own environment through creative intuitivism, not through money.

Culture: Gypset does not belong to one culture or continent. Made up of a creative community of artists, designers, surfers and explorers, they forge an international identity never bound to one place. It represents a cross-culture of wanderlust society that appreciates the local authenticity of remote and exotic towns – “Geography is the last line of defense against a world that is increasingly accessible.”

“Gypsets are creative and optimistic people who blend fashion and art, whilst maintaining a relaxed, laid back approach to life”

Bohemian: While they are not hippies exactly, due to their wide range of tastes in music, art and literature, Gypsets are creative and optimistic people who blend fashion and art, whilst maintaining a relaxed, laid back approach to life.

Hedonism: There is a devil-may-care freethinking spirit to the Gypset set, often to be found at an all-night party in Ibiza or Montauk.

Gypset Style is out now, published by Assouline.