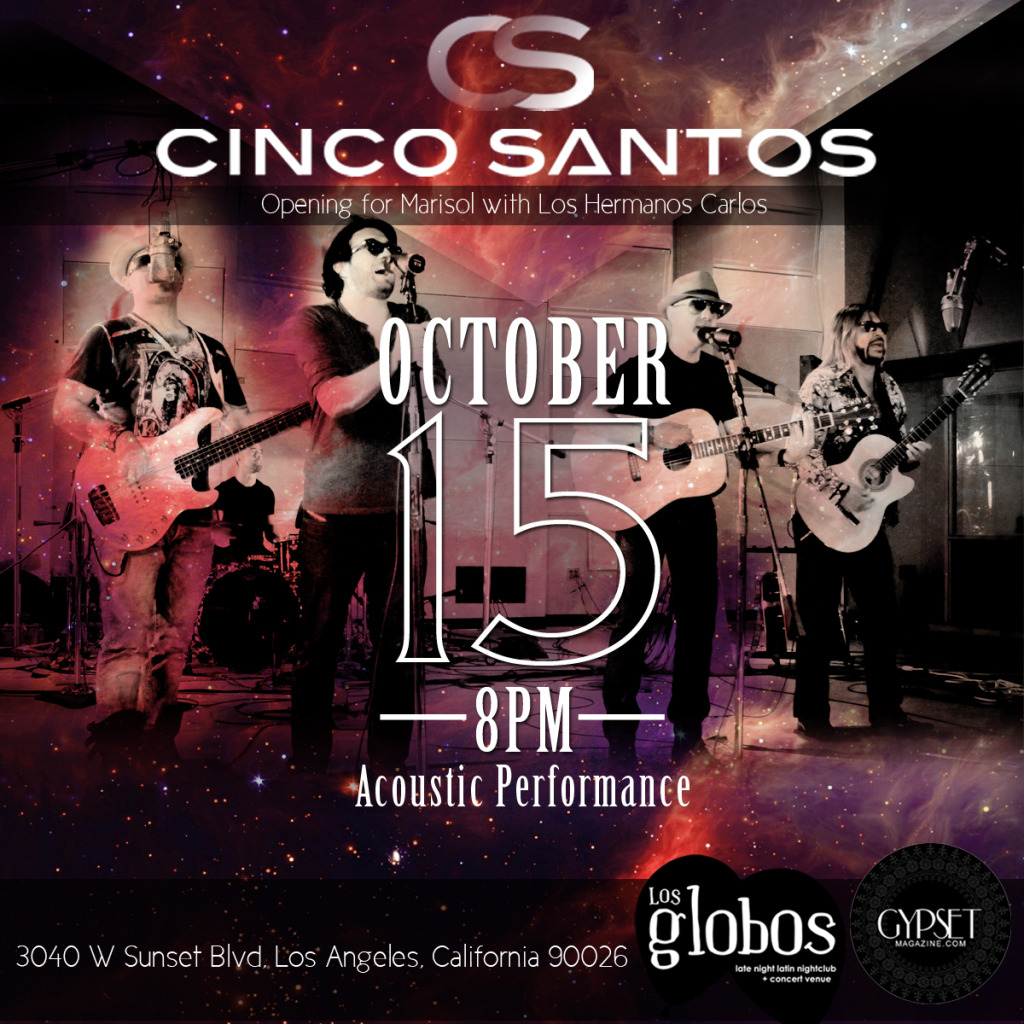 A magical night with one of a kind acoustic session by Cinco Santos.Cinco Santos has been gaining fans with their intricate style of music with simplified lyrics and melodies. Cinco Santos will be followed by Marisol Y Los Hermanos Carlos; a genuine beautiful voice and icon in the music scene. Her music has heart and passion which the audience relates to and falls in love with.

Cinco Santos began its journey in 2007 and came together as a complete band in 2009, creating a Latin genre of their own. Their music is a fusion of revamped sounds from Latin rock, pop, and gypsy guitar, with urban Latin beats to provide the groove that’s really rockin’! This combination of styles created Cinco Santos’ unique genre of music. Their sound is as original as the band members themselves thanks to the vast differences in their backgrounds, as each of them came to Los Angeles from different countries, cultures, and musical influences. Together these eclectic members have an amazing chemistry that has enabled them to bring a new contemporary, exciting, and infectious sound to the world.