Gypset Magazine is giving away TICKETS to TANIA PÉREZ-SALAS COMPAÑÍA DE DANZA at the AHMANSON THEATRE on May 15-17, 2015 Courtesy of The Music Center Los Angeles 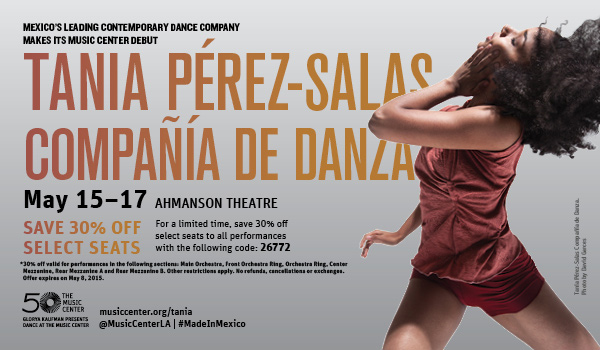 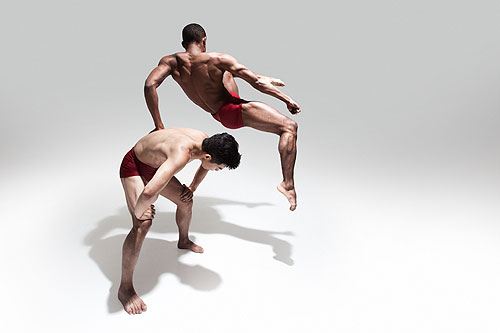 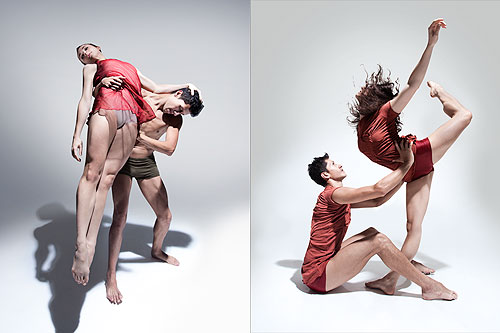 In the world of Mexican contemporary dance, there is simply no match for Tania Pérez-Salas and her internationally celebrated Compañía de Danza which is based in Mexico City. Pérez-Salas has fast become Mexico’s premiere contemporary choreographer – her company has performed worldwide, including tours throughout Mexico, the United States, Canada, South America, China, the Middle East and Europe.

The extravagant theatricality of Pérez-Salas’ dances—dramatically vivid, with music ranging from Mexican composers to beat-driven techno — is her scintillating approach, “to capture and project the sensations of the wild, funny, exciting and sometimes discouraging land of her birth.” Or she can change tempo with more subdued work to the music of Arvo Pärt, Meredith Monk, and other modernists. 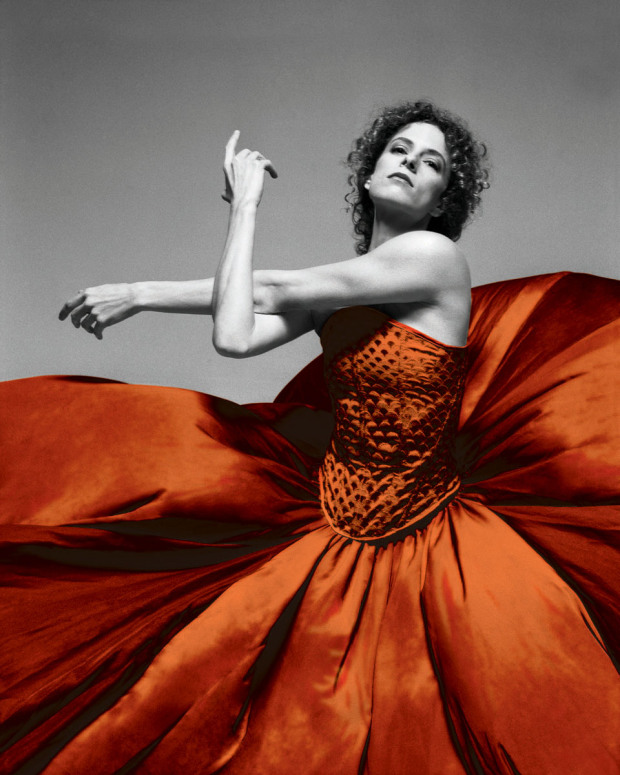 Born in Mexico City, Tania Pérez-Salas first obtained significant recognition in 1993 when she received the award for best female performer in the National Dance Competition of Mexico. Just one year later she founded Tania Pérez-Salas Compañía de Danza, which has since become unparalleled in the world of Mexican contemporary dance with tours throughout Mexico, the United States, Canada, South America, China, the Middle East, and Europe as well as numerous invitations to the world’s most prestigious dance festivals.

Pérez-Salas has fast become Mexico’s premiere contemporary choreographer with work based on universal themes, which she presents from unique angles. Her choreography is nourished by her love of movies, literature, visual arts and philosophy. Each work stems from a real-life experience and displays a unique quality that blends music, sets, costumes and lighting. Her dancers are highly trained professionals, equal to the task of successfully expressing the required blend of emotion and technique. The result on stage is captivating, visually arresting, and highly emotive work.
Both as a dancer and a choreographer Pérez-Salas has been awarded multiple contemporary dance fellowships from several cultural institutions in Mexico, as well as support from private enterprises. She has lectured in Mexico and abroad, served as a juror for prestigious arts awards in Mexico, and with her company represented Mexico in the CINARS 2002 conference in Montreal, and at Gateway to the Americas conferences in Mexico City in 2003 and 2004.

Since 2008, Ms. Perez-Salas has been the host and a member of the creative team for Juego de Cuerpos (Body Games), a television series featuring dance that is airing for its third season, now under the title Pasión en Movimiento (Movement in Passion) on Mexico’s Channel 22.

For her engagement at The Music Center, Perez-Salas brings a program featuring two of her more recent creations. Made in Mexico (Hecho en Mexico), 2014, reflects her perspective of contemporary Mexico with images that touch upon the universal and the controversial. Ex-Stasis, 2010, confronts modern life and the subsequent breakdown in communication between our bodies and our minds.