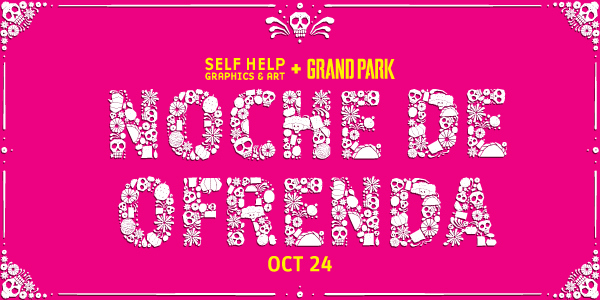 WHAT: Grand Park launches its Día de los Muertos celebrations with a traditional Noche de Ofrenda ceremony, honoring the dead and featuring prayer led by the local indigenous community. The free event, presented for the third year in a row with Self-Help Graphics & Art, kicks off the Park’s display of more than 50 Día de los Muertos altars and art installations, which will remain in the park all week long. Both the altars and Día de los Muertos-themed sculptures will explore the evolution of the holiday over time, focusing on both traditional and contemporary topics. They range from personal stories that celebrate families and lost loved ones to expressions of current affairs and community challenges, such as gang violence, immigration reform and education.