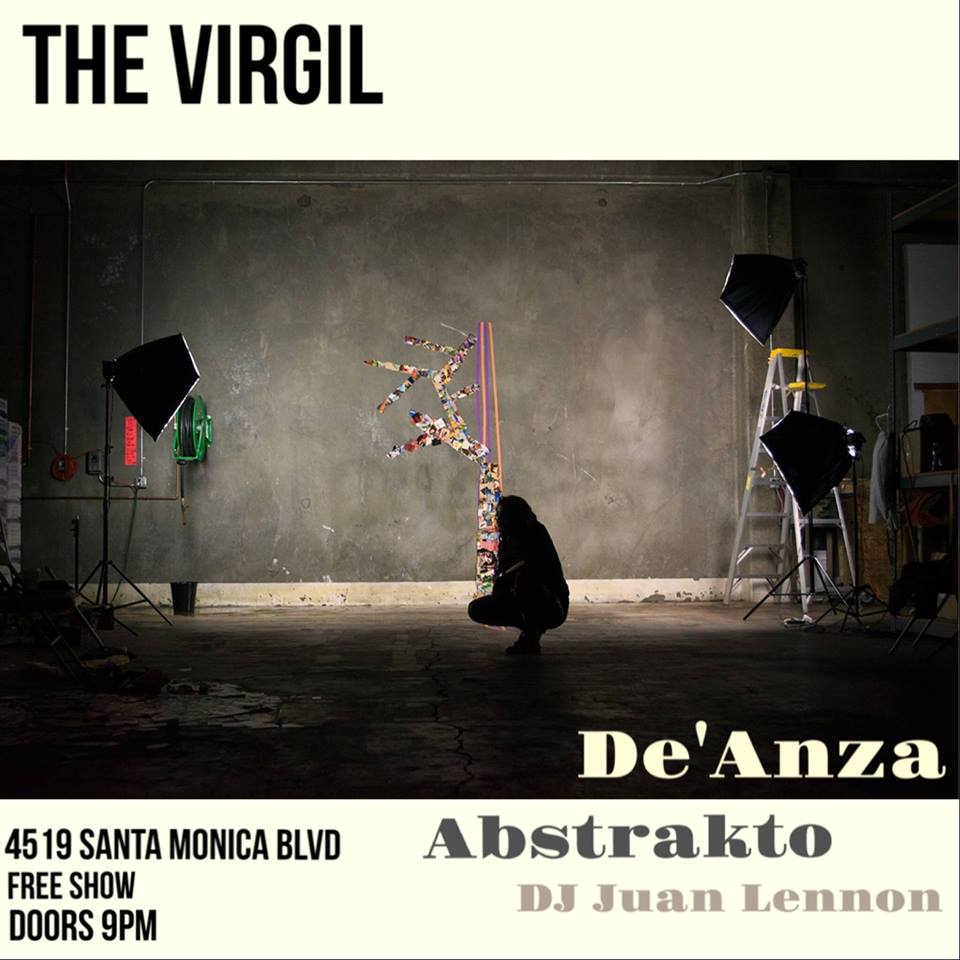 De’Anza (Latin Alternative)
Currently playing tour dates in support of her latest release, Despertar. De’Anza’s buzz is growing quickly. The LA Weekly publication recently tweeted, “De’Anza is our new Latin alternative crush.” Back by a full band De’Anza’s live show is not to be missed!
http://deanzamusic.com/

Juan Lennon making his first appearance in public after a long hiatus. Expect everything from cumbia to salsa to underground funk to obscure Latin disco… Juan Lennon brings the backyard quinceañera to the club.
https://soundcloud.com/juanlennon/old-dirrty-disco