In this spectacular action-adventure, the survival of mankind hangs in the balance as an unexpected mortal hero Bek [Brenton Thwaites] undertakes a thrilling journey to save the world and rescue his true love. In order to succeed, he must enlist the help of the powerful god Horus [Nikolaj Coster-Waldau] in an unlikely alliance against Set [Gerard Butler], the merciless god of darkness, who has usurped Egypt’s throne, plunging the once peaceful and prosperous empire into chaos and conflict. As their breathtaking battle against Set and his henchmen takes them into the afterlife and across the heavens, both god and mortal must pass tests of courage and sacrifice if they hope to prevail in the epic final confrontation.

RA [Geoffrey Rush]: Father of Osiris and Set, Ra is the Lord of Light and the Cosmos. It is his duty to pull the sun over mythological Egypt at the end of each day. As he does so, he passes into the chaos of the underworld where he fights the demon Apophis. After he beats Apophis back each night, Ra returns to the living world bringing with him the light of a new day. Ra is the creator of this world and its ultimate guardian. He possesses insight beyond any living god or mortal, and views the gift of life as a lesson and a journey. In his eyes, both Osiris and Set were equal. Ra’s deity, while humble and duty-driven, is the most powerful and dominant god standing nearly 20ft tall in his enhanced form and wielding a spear as his weapon. 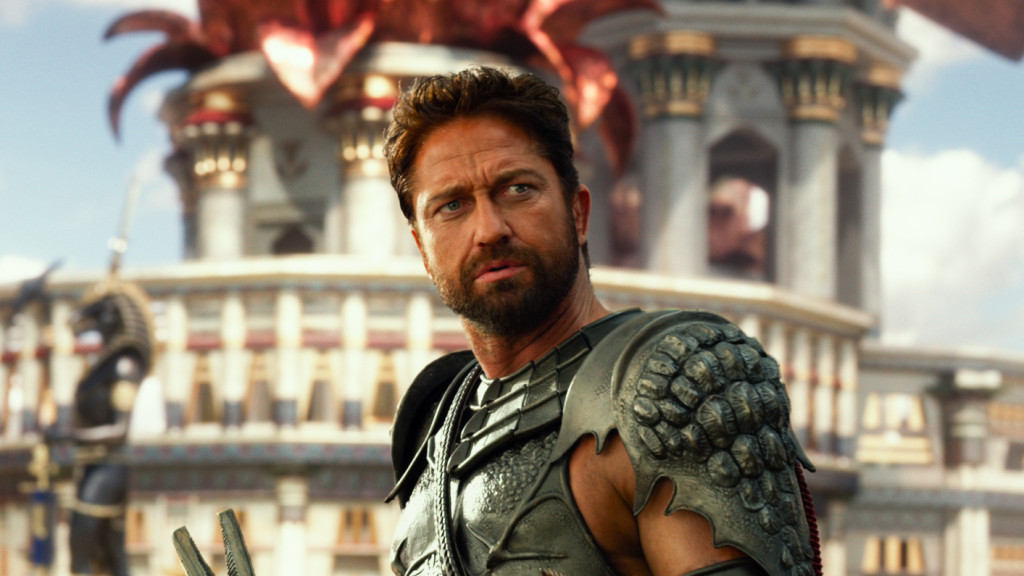 ‘Set’ in GODS OF EGYPT. Photo Courtesy of Lionsgate.

SET [Gerard Butler]: Son of Ra and god of the Desert, Set is plagued by jealousy. In Set’s eyes, his father apparently favors his brother Osiris, the God of Nature and Life, who is deemed to be a wise ruler and merciful facilitator of human souls into the Afterlife. Set believes that mortals are dispensable and far inferior to the gods. Set puts his pursuit of power, authority and material wealth above all else. Set’s deity is an armored jackal-creature, and his weapon is his sceptre.

HORUS [Nikolaj Coster-Waldau]: Horus is the Lord of the Air. While his ego is initially inflated by his status as a god, through his association with Bek, Horus slowly learns to respect mortals, and even develops a liking of them. It’s a change of heart he’ll need if he’s going to avenge the death of his father Osiris and retake the throne from the usurper Set. Horus’ deity is a winged and armored form with a falcon-shaped head. His power resides in his eyes. 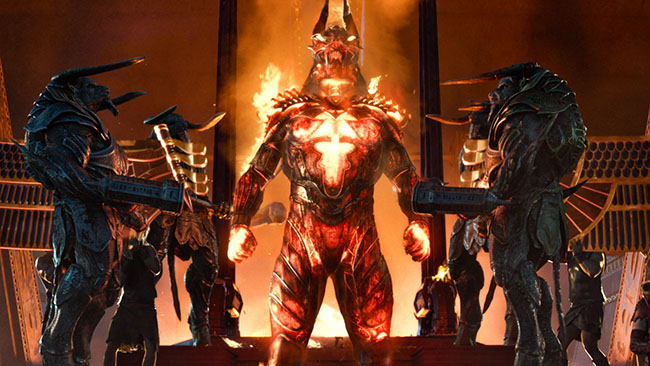 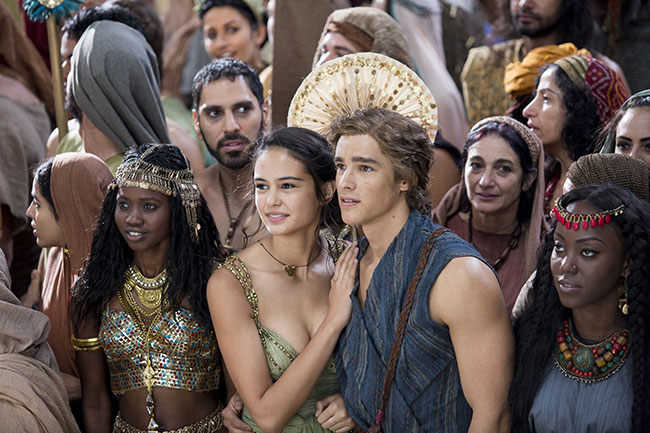