For Those Who Know - Gypset Magazine

For Those Who Know

Home » Featured » For Those Who Know

Tequila Don Julio Announces New Campaign,
For Those Who Know, at Art Basel in Miami with
a Mural by Mexico City-based Artist Veronica Villareal Sada 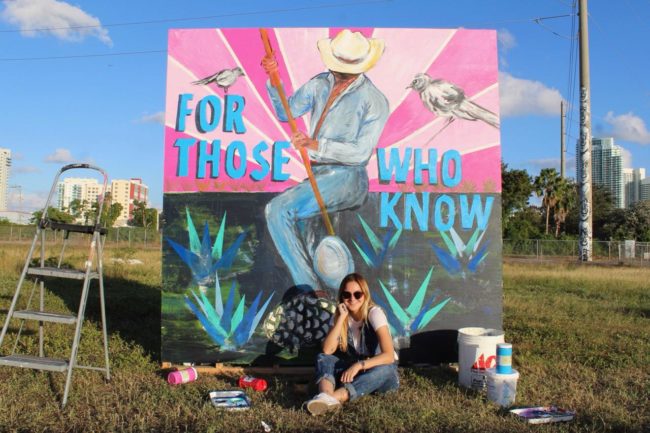 Mexico City-based artist Veronica Villareal Sada flew into Miami this past week for Art Basel with a special project on her hands: bringing to life the brand-new campaign from Tequila Don Julio titled For Those Who Know. The new campaign celebrates Mexican culture through a vibrant new color palate that aims to bring a taste of Mexico to the U.S.. Armed with her paint brushes and paint in bright blues, pinks, orange and greens, Veronica took inspiration from the new For Those Who Know campaign and painted a mural that will now live in Wynwood for the next month.

For Those Who Know not only depicts the colors found throughout the walls in Mexico, but it hopes to inspire everyone to treasure and celebrate moments of authenticity. As the brand’s first new creative in 5 years in the U.S., Tequila Don Julio is celebrating those who know what truly matters in life through a colorful invitation to genuine celebration.

Veronica’s work can be found at Miami Limited Edition Gallery in Wynwood, which is currently host to an exhibit from 10 other Mexican artists. This mural is just a taste of what’s to come from the brand and is the start of a very special series of murals coming to life in major cities in the new year. 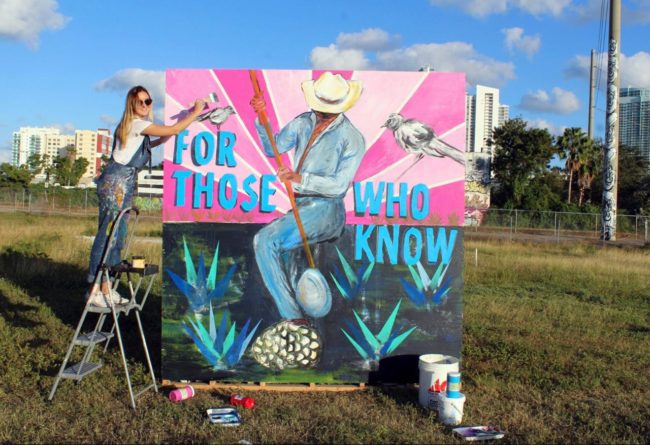