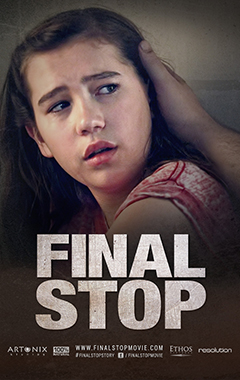 A last stop before entering America’s desert wasteland turns a fun family vacation into a small town nightmare for a teenage girl and her parents as they all become victims of human trafficking torment.