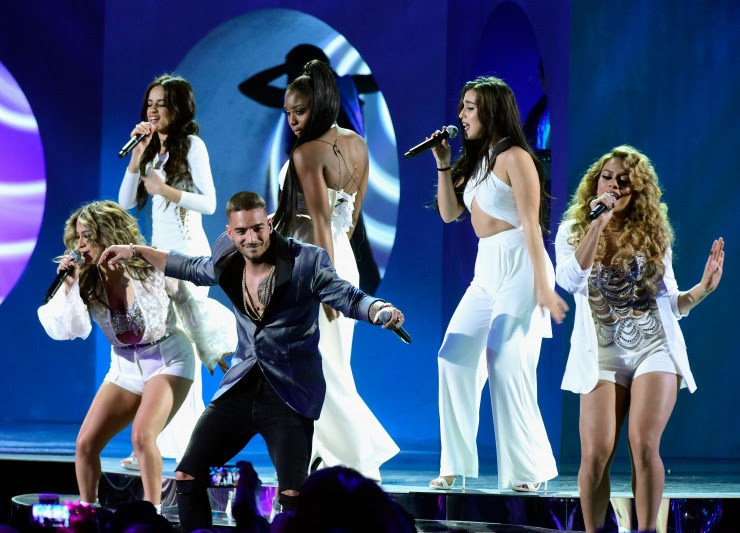 The wait is finally over. Fifth Harmony will perform today for the first time in Mexico, at Plaza Condesa in Mexico City. During their stay in the Aztec country, the group will also be a part of the 8th Annual Premios Telehit®, which will take place tomorrow November 26 at the Foro Sol. An array of national and international artists will also be in attendance including One Direction, Simple Plan, Jesse & Joy, Reik, DLD, Mario Bautista, Paty Cantú, Urban 5 and Jary.

On November 19, Fifth Harmony joined reggaeton sensation Maluma for a very special performance of “Sin Contrato” at the 2015 Latin GRAMMY Awards. Their performance was one of the most explosive and unexpected collaborations of the night.

Next month, Ally, Normani, Lauren, Camila, and Dinah will receive “Group of the Year” at Billboard’s Women in Music gala. The group is also set to perform at this event, which airs on Lifetime December 18. Adding to their already busy schedule, Fifth Harmony will perform atNickelodeon’s HALO Awards -broadcast November 29 at 7pm on Nickelodeon. Following their 2015 nomination for “Favorite Breakout Artist” at the People’s Choice Awards, Fifth Harmony returns to the 2016 show on January 6 in Los Angeles with a nod for “Favorite Group.“

To wrap up this successful year, Fifth Harmony will be performing at Jingle Ball for several major radio stations around the country.

Aside from their successful tour and multiple presentations at some of the most important award ceremonies in the industry, the group has also been working on what will be their second full-length album, expected to be released next year through their label SYCO Music/Epic Records.

For this new album, the band reunited with Stargate, who was behind their mega hit “Worth It”(feat. Kid Ink), and will collaborate with renowned music producer Max Martin (The Weekend, Britney Spears).