FICG in LA is a window into the world of contemporary Mexican and Ibero-American cinema and it is an extension of the Guadalajara Film Festival. This year′s FICG in LA will take place in the historic TCL Chinese Theaters, right in the heart of the worldwide film and entertainment industry. The festival is designed for people to come and explore the diverse regional narratives of Mexican and Ibero-America cinema, and to help critically acclaimed films from these regions reach a wider audience. Los Angeles provides an essential backdrop for the showcase to take place because of its strong cultural ties to Latin American communities all across the globe.

The goal of the festival is to increase access and visibility of Mexican and Ibero-American cinema; facilitate the exchange of ideas through storytelling and socially relevant themes; create a bridge between film industries in Mexico, the U.S. and Canada; spark new collaborations among international filmmakers and strengthen the presence of Mexican and Ibero-American cinema in the U.S., as well as in other parts of the world.

Film screenings will be followed by Q&A sessions with filmmakers and talent, galas and special recognition awards to some key Latino and US Latino talent, FICG in LA is hosting again its industry initiatives this year.

Wanting to contribute to the completion of Latino and Ibero-American films, FICG in LA is hosting for the second time its work-in-progress competition: WIP Latino for filmmakers seeking postproduction funds. Fiction and documentary projects that are currently in postproduction, made by either Latino or Ibero-American directors living in North America (USA or Canada), or by American and Canadian directors who have a film with Latino or Latin American content will be chosen to screen for a jury, sponsors and film industry professionals. WIP Latino will take place on Thursday, November 2nd, 2017. In addition, the winning projects in each competition will automatically qualify to be considered for Guadalajara Construye 12 or DocuLab 2018 Guadalajara, or for the Ibero-American Competitions of the next edition of the Guadalajara International Film Festival. 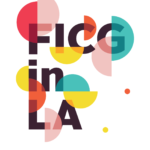