Evoking the Senses Through Music with David Murillo R.

“I consider my life too short to score the number of projects I dream of working on. Hoping that it will draw you in and induce you to feel what the picture illustrates; my passion has inspired me to do my best on creating a new and unique voice in my music.” -David Murillo R.

I feel music has the ability to tell a story in ways that dialogue or visual cues cannot. When I watch a movie I not only see but I also feel and vibrate to the sound that emerges from the screen, it’s that music that can shape my mood of a scene and can take a film from the average to the extraordinary.  Ever since the days of silent films we’ve heard live musicians playing along the action onscreen, known as scoring, it is an integral tool utilized by filmmakers to further the story.

To this day music remains a powerful medium used for more than just accompaniment, music has become a vital role in the creation of a good movie. This is accomplished by one very talented Film Composer who carefully envisions the story line from a musical perspective. The best way to learn about film scores is to hear it from a composer himself.

David Murillo R. is an LA based, Berklee College of Music graduate as a Film Composer with an extraordinary talent and great track record. David has scored over 40 productions; ranging from 2016 Sundance Multi-Award Winning Between Sea and Land (Colombian feature film) to world acclaimed Nefertiti’s Daughters (Egyptian documentary), recipient of 7 awards and over 13 official selections. 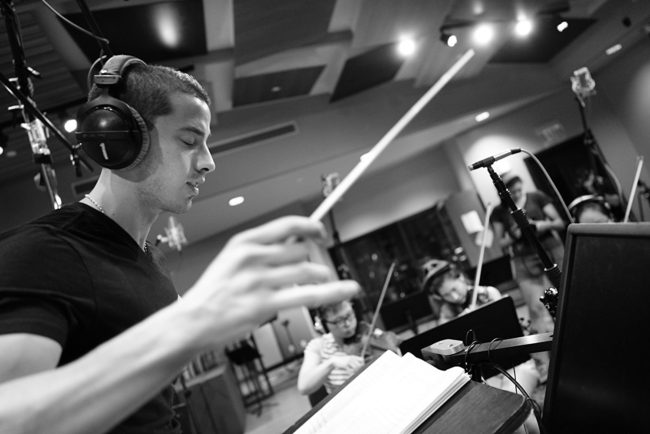 How would you describe what you do?

I compose story driven music. Directors always ask me, what type of music do you prefer to write? … and I always tell them, story driven music! There is no genre that I will be writing for the rest of my life, its more like this project needs this and I’m going to provide it if the director trust this project in my hands. It’s all about trust and connection between the director and the composer to, that is the type of music I love. One that is driven by a script, by a scene, that has deadlines and limits, that is what inspires me to compose the best music for the project at hand.

Why do you feel that music is the key to telling a good story?

Music is the magic that we have for each of the key moments in a film. Music is the only thing we don’t already have in the real world, we already have places where we live, where we interact, lighting, sound design, which is created from the objects we interact with, we always have a certain look, certain makeup, certain attire, but music is the one thing we don’t have in real life. As a result, the composer is the one responsible to create the experience of cinema and making that experience go beyond what you would live in real life and is the magic that you have when someone kisses their significant other, It’s the magic that you feel in a horror film, the protagonist in the story that would hopefully be invisible to the audience. We want to express certain feelings to the audience, but we want to be invisible without taking attention from the audience without music we just want to compliment the story and the feelings that perhaps the image or the words can’t tell.

What is one of your favorite films that gets the composing right, and what is it about this film and its score that makes it so appealing?

Godfather would be one of my favorite ones. The drama, the style, that edgy vibe you get from the trilogy and of course the music of Nino Rota makes this movie one of the best movies of all times, in my opinion. It’s not just the use of music, the costumes, scenes, the dialogue nor the script but there is an excellent relationship between the music and sound effects that was very uncommon of that era. For example, there is a scene at a bar that to generate the feeling of suspense they use the sound of the train from New York. The norm would be to use tension textures in music to generate that feeling and complement that moment, instead they used a natural sound from our daily environment by incorporating the sound of the train. This move was a turning point and an opening realization to unlimited musical elements that reassured my love with composing for film.

Can you describe the process that you go through when starting a new composing project for film?

I watch the film as many times as I need, there are films that I know exactly what to do just after watching it a couple of times. Other films are harder to dissert and require a little more time to review and create the exact musical needs, it’s all relative to the project. I think about what are the adjectives and feelings that I get from watching the movie and how is the music that I am composing relating to the feelings that I felt as I watched the film. Once I create the main theme I start watching the picture and trying to think on how can I morph how can I change this melody in a musical way so that I always maintain that distinct sound that distinct theme for most of the film. We composers are thematic writers, we write hoping that it will stick with the audience, portray happiness and sadness, if I achieve that I start writing the theme from the hardest part of the film and keep that reference from that high point and construct and ark with a beginning and an end. I then present to the director hoping that we could capture their vision musically. You would be surprised to know that most of the conversation between the director and composer has nothing to do with music, but more in trying to see the director’s vision, how this film was about, feel his passion, know about his life his inspiration for this movie and his feeling to connect to what he wants to portray. Once we have connected on that level we take the music to an orchestrator to put into a musical sheet, then bring it to the orchestra to record, then mixer to sound the best quality and then it’s delivered through the help of a music editor. Responsible for ensuring the musical cues are on point. This is the simplest way I can answer this question because it really is a detailed lengthy process.

For independent filmmakers on a limited budget – how can one afford a good composer, and what should they be looking for in a composer?

Music will make a great film. There are directors that take care of the picture, cast great actors, but totally neglect the soundscape, limiting their movie. Filmmakers need good soundscape to submerge the viewer into that world that is being created. There is always a great composer out there that is ready and willing to work, because this is our passion, just as it is the passion of the filmmaker to make a great movie. You should never let the lack of resources scare you or lead you to neglect the musical composition of a picture, look for a composer that is as passionate as you are with a high desire to make a great film. 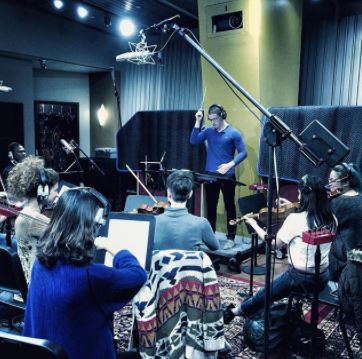 David Murillo R. not only finds himself working on several productions in Hollywood but also collaborates with fellow artists from Peru, Brazil, Chile and Colombia as well as European directors providing his own sound and legacy at the highest point in film scoring. Not too far from now we will be able to hear more of his incredible talent in the Puerto Rican feature “Conoceras la Verdad” coming soon to Latin American theaters and the US. 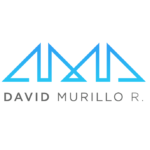