New Ela Minus EP Out on March 4, First Single 'Volcán' Premieres on The Fader

New Ela Minus EP Out on March 4, First Single ‘Volcán’ Premieres on The Fader

Home » Featured » New Ela Minus EP Out on March 4, First Single ‘Volcán’ Premieres on The Fader

Ela Minus
‘Volcán Is A Ray of Synthy Sunshine For Your Winter Troubles”
says The Fader  Listen here
Forthcoming EP ‘Grow’ out March 4, Produced by Andres Nusser (Astro)
Upcoming performances at Nrmal (Mexico)+SXSW (Austin, TX)
More dates to be announced 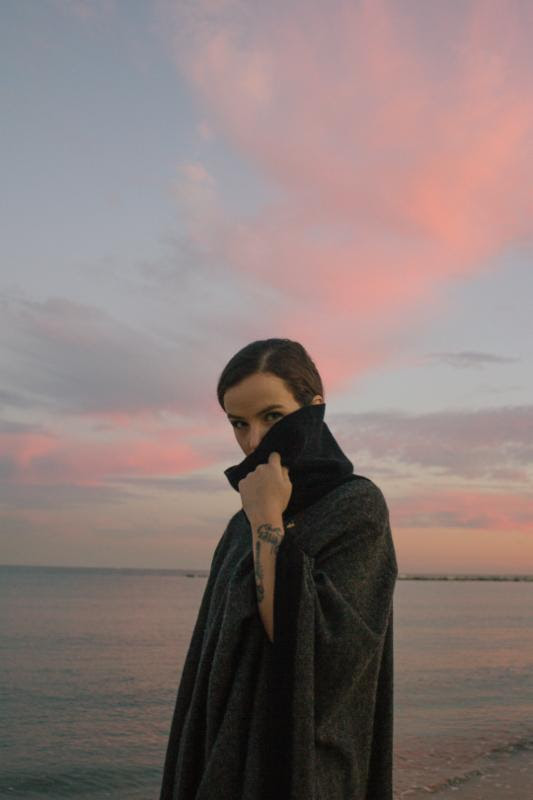 Gabriela Jimeno has a way about her- a soft, sweet voice that somehow sneaks into your head and stays there, a modest demeanor contrasted by overtly vibrant melodies, simple-yet-profound lyrics. Gabriela Jimeno is Ela Minus, an artist originally from Colombia and based in New York that combines electronic rhythms with indie pop sentiments and some seriously profound lyrics.
Ela Minus got her start as the drummer in the renowned band Balancer, with whom she toured extensively (CMJ, Epicentro, Estereo Picnic). It was not long ago that she decided to take a break from the road and experiment with her voice- which is when Ela Minus was born. She introduced the project to the world at her first live show in Colombia at Festival Hermoso Ruido, August 2015. Her first EP, ‘First Words’ (Produced by Andres Nusser of Astro), was released a couple of months ago and has already received critical acclaim from Vice, Club Fonograma, Remezcla, and KEXP, all praising the way she takes breakbeat rhythms, mixes them with a subtle and minimalist indie sentiment, rendering them melancholic and danceable at the same time.
On Friday, The Fader premiered the first single off of her forthcoming EP ‘Grow’- ‘Volcán’  listen here: http://www.thefader.com/2016/02/12/ela-minus-volcan
What the publication describes as a ‘promising track,’ was the hardest for Ela Minus to record, in attempt to balance her anger and the inevitable sweetness of her voice. The EP was also produced by Nusser, and is due out on March 4. We can expect nothing but magic from it.
Ela Minus will be performing at Festival Nrmal and SXSW surrounding the release of the EP, alongside dates to be announced in Los Angeles and New York.
Stay tuned for more magic from our sweet-voiced synth princess, Ela Minus. You won’t want to miss it.