Los Angeles-based artist DORIAN WOOD is “armed with a vocal charisma that would befit a preacher and an experimental streak that would make avant-gardists swoon” (WNYC Culture). A wunderkind with a headstrong DIY discipline, Dorian has brought his emotionally-charged performances to concert halls, museums, music venues and performance spaces throughout the US, Mexico and Europe, with a voice that channels the skill and ferocity of such auteurs as Scott Walker, Nina Simone, Nick Cave and Tom Waits.

The album Rattle Rattle (featuring “O” and “La Cara Infinita”) out now on Bandcamp, iTunes and Amazon: http://dorianwood.bandcamp.com/album/rattle-rattle
Diana Gameros
Diana Gameros is a Latin singer/songwriter who performs soulful songs of love, longing, and hope. Originally from Ciudad Juarez, Mexico and now living in San Francisco, Gameros creates authentic, inspiring music that reflects the 21st century experiences of a young indie artist at the borderlands between cultures, languages, and genres.Whether teasing every ounce of expression from her acoustic guitar in an intimate cafe or bringing people to their feet in a club with her dynamic full band, Gameros transfixes listeners with her soaring vocals, impressive playing and captivating stage presence.
www.dianagameros.com 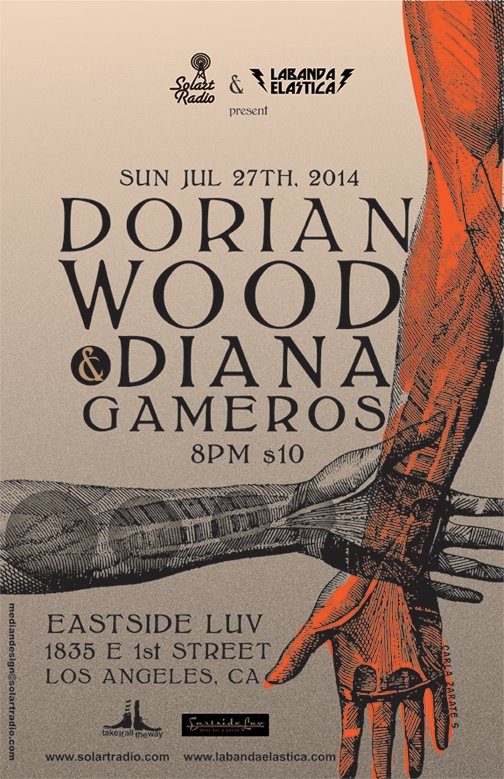