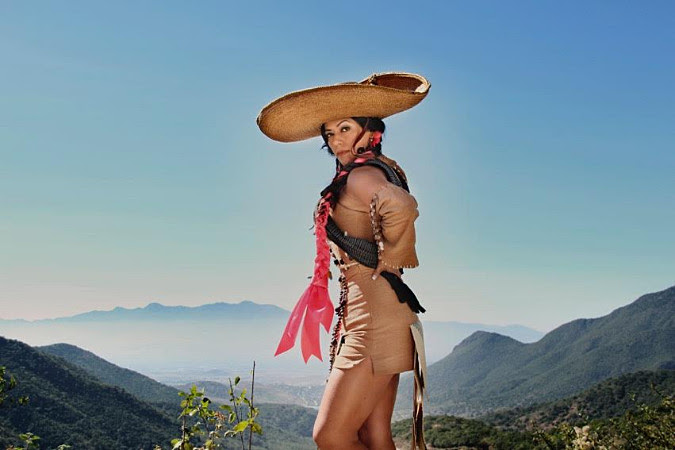 Mexican American star Lila Downs released a new bilingual protest song titled “The Demagogue.” The song was premiered in a live setting last Saturday at Univision’s “Rise Up As One” concert on the U.S./Mexico border.

“We do make a difference in the U.S. and we shouldn’t be afraid to speak our truth,” Lila says. “It’s the only way to demand our dignity as human beings.”

Lila recently expressed her concerns on such programs as BBC’s “Newsnight” and “Al Punto” with Jorge Ramos. “The Demagogue” is the next step on that path. The song recalls the 1960s folk spirit of artists like Bob Dylan and Joan Baez while expressing her concern with the current U.S. elections and the escalation of rhetoric by one specific candidate for the Presidency. The song is at the same time her call to action – a rally for her vast audience to express themselves by voting on November 8.

It has been several busy weeks for Lila Downs. Last Friday, Lila’s tribute to Linda Ronstadt aired on PBS as part of the “GRAMMY Salute To Music Legends” concert taped at the Dolby Theater in Los Angeles. Lila recently performed on Telemundo’s “Latin American Music Awards” in agrand finale tribute to Juan Gabriel with Shaila Durcal and Aida Cuervos.

Lila’s most recent Latin GRAMMY winning album is the 2015 release, ‘Balas y Chocolate,’ inspired by both the Day of the Dead offering/celebration and her personal dance with her partner’s possible death. While the lively sound of the album centers around danceable fusions of mostly cumbias, klezmer-like norteña, hip hop, and pop, the lyrical content spotlights her concerns over the erosion of civil rights and justice, in Mexico, escalating threats to the country’s journalists, the excess in modern life, and lost love.

Lila Downs has one of the world’s most singular voices and innovative approaches to music. Born in the state of Oaxaca, Lila grew up in both Minnesota and Mexico, constantly moving between the two cultures. Throughout her storied career, she has performed in such esteemed stages as Carnegie Hall, the Hollywood Bowl, the White House and the Academy Award