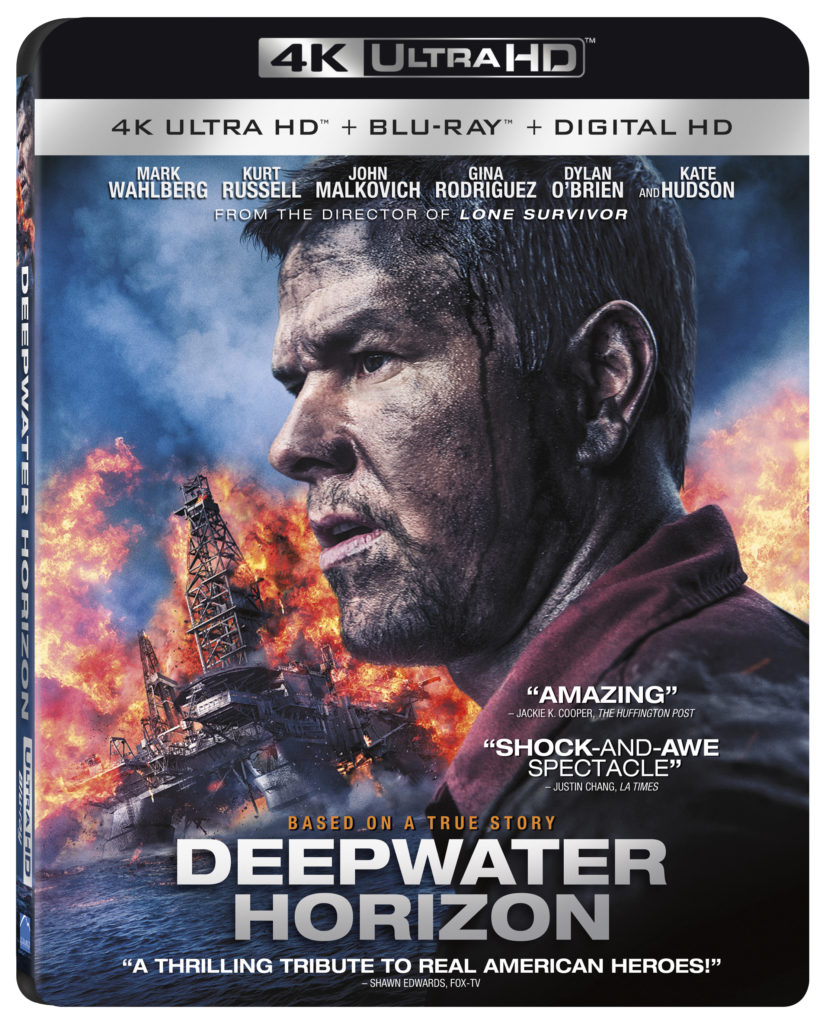 “One of the most important films of the year”
– ABC TV, Mark Allen

BASED ON A TRUE STORY OF REAL LIFE HEROES

#ENTER for your Chance to #WIN

Don’t miss this incredible opportunity to own the amazing film based on a true story of Real Life Heroes.

Mark Wahlberg leads an all-star cast in this unforgettably powerful film inspired by a thrilling story of real-life heroes. For the one hundred and twenty-six people aboard the Deepwater Horizon offshore oil rig, April 20, 2010, began like any normal day. Before day’s end, the world would bear witness to one of the greatest man-made disasters in U.S. history. Deepwater Horizon reveals the brave acts of the men and women who rose to the challenge—and risked everything to lead others to safety.

The Deepwater Horizon 4K Ultra HD, Blu-ray and Digital HD releases have over two hours of special features including an hour-long five-part series “Beyond the Horizon,” – in which Mark Wahlberg and the cast meet the real-life heroes and discuss their experiences from Deepwater Horizon – three all-new featurettes looking at Peter Berg’s directing of the film and the incredible work involved in bringing the Deepwater Horizon rig and explosive stunts to life, and behind-the-scenes footage of how some of the most difficult scenes were shot. These releases also include tributes to America’s blue-collar workers in “Work Like an American,” featuring profiles of a real-life Deepwater Horizon firefighter, an ironworker, a longshoreman and many more hardworking Americans. The Blu-ray of Deepwater Horizon will feature a Dolby Atmos soundtrack remixed specifically for the home theater environment to place and move audio anywhere in the room, including overhead.