A conversation with bluesman David M’Ore: Passion, Soul and Fire

A conversation with bluesman David M’Ore: Passion, Soul and Fire 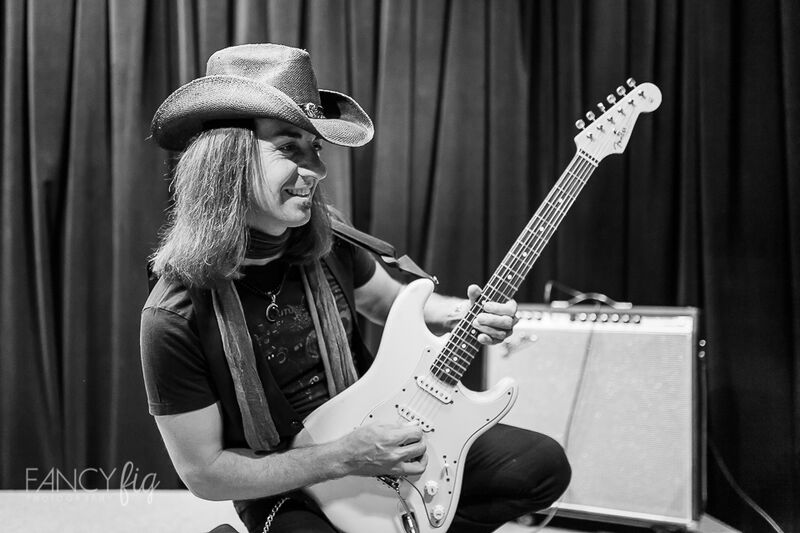 Guitar pyrotechnics are no longer rare in blues or rock these days.  Most lead guitarists can and do shred hot licks in the middle of blues and rock songs, giving audiences a bit of an electric thrill. But there is a difference between hot and heavy guitar shredding and chops that come from the heart and not just the fingers. One delivers electricity, the other delivers emotion along with the energy.  This is what David M’Ore does;  he delivers 6-string heart and lightening like no one else. His guitar playing and his corrugated voice encapsulate decades of blues, rock, R&B, acid, metal – everything about music that pierces the heart as well as the muscles.  You can dance to M’Ore’s blues, but you can also meditate to them.

Some call him a mystical guitar man from a bygone era. But this Argentine-born, world-raised virtuoso guitarist and singer/songwriter is in many ways on the cutting edge of the modern blues movement. He has created a blues style with his custom-made Fender Strats  that holds the heart of the blues close, but infuses it with the power and octane of today while losing none of its soul. San Francisco Bay Area residents are fortunate to be able to hear him frequently in local blues and rock venues;  for the rest of us, his third album, Passion, Soul and Fire is now out.

I was fortunate enough to sit down with David at NAMM 2016, the global music convention held at the Anaheim Convention Center last week to talk about the blues, his history, and his new album. 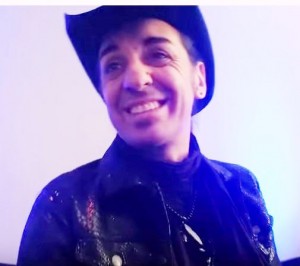 Patrick. David, thanks for taking the time, I know you have lot’s to do a while you are here at NAMM

Patrick. Where are you from originally?

David. I born in Argentina.

Patrick. What brought you to the US?

Patrick. Argentina has a lot of very good music.  Why the US for music?

David  At the time.. this was when the Falkland Islands were invaded by the British – I was very  young and  I heard British music like Deep Purple and American musicians as well like Jimmy Hendrix and B.B. King and I wanted to be there.

Patrick.  And now you play blues.

David.  Yes. Now I play blues and rock…I am more inclined to blues than rock.

Patrick. Do you combine any Latin music influence with blues.

David. No, not at all, but it is a part of me.  Flamenco music skills are there, but I don’t consider flamenco  Latin music;  it is from Spain…that is different.  I think you can hear flamenco skills in my music.  Stuff  like salsa and cumbia, no – I hate it.

David. High energy blues.  It is more important what people feel about it.  People call it high octane.

Patrick. You have been playing blues for a long time – you received your first guitar when you were  eight years old.  Have you seen many changes in blues over the years?

David. Yes in different areas, and in the business also.   As music, no – blues is blues.  It is sometimes a (different) sound is from different eras, and British blues sounds different from American blues and the European players sound different.  As far as the music business – changed totally, especially with the internet.

Patrick. There are many different kinds of blues.

David. Yes, but what is important is how the blues has grown because of access.  Anywhere in the world people can hear the blues.  I used to have to walk 20 blocks to get a blues record at a record store, now you just go to YouTube and it is there. Blues grows worldwide.

Patrick. You have a new album out, Passion, Soul, and Fire.  How many albums have you put out?

David. This is my third album.  Professionally, is my really my second, because the first was done with such a small budget and it was a very innocent album.  This is my favorite.

Patrick.  You were in a band a long time ago too, weren’t you?

David.  I was afraid you would ask that question…yes I was.

Patrick. So you prefer being on your own now, or do you have a band?

David. I have the David M’Ore band.  And of course I switch  musicians. The band members (depend) on the budget and where I am playing makes a difference, like when I play in South America, some guys don’t want to go to play five shows or what the number is.  And sometimes I meet musicians on Skype and I hire them when I arrive.  I show them the songs on Skype so they know them, we practice for an hour and a half when I arrive and I can play very well with people I have never met before.  What is very important is the drummer…in San Francisco I am fortunate to have a drummer,  one of my favorite drummers, Wade Olson.  Blues drumming is different – most blues drummers struggle with rock and vice versa, but there are a few that have that skill (to play both well). Wade Olson has it.

David.  Of course,  I am not afraid to explore new things. I admire anybody who works hard and is honest.  I would love to open for Deep Purple.

Patrick. Do audiences around the world react differently to you?

David. Yes.  They react differently to everyone.  A Japanese audience — they are very respectful.  I remember the first tour in South America, where I was born, but had never played there.  We played the first song and they were very quiet and I thought “maybe they don’t like us” but when we finished, they exploded.  It was a beautiful thing because they paid attention to how you play;  they are not there for dance only.  They listen to how you play.  Here in San Francisco too, when I play at Biscuits and Blues (a famous San Francisco blues club) they listen.

Patrick. Where can people find your music?

David.  You can find it in many different places.  My website, www.davidmore.net and on CD Baby.

Passion, Soul, and Fire is available at http://www.davidmore.net/html/cd.htm and on CD Baby