The excitement was so thick you could chew on it at Silver Lake’s Cowboys and Turbans club Wednesday night as Julieta Isela took the stage and welcomed the buzzing crowd to an intimate night of Latin music headlined by the rising LA-based singing star, David Alfaro.  “He is going to be right there onstage,” two young women behind me whispered, not noticing that David was sitting two tables away from them surrounded by fans and friends.

The Cuban-born actress/musician Ilza Rosario has just wrapped up a rocking set of keyboard- driven tunes, following the soft guitar and love songs of the young Brazilian artist Grecco Buratto when Isela took the microphone to introduce the night’s star.  Every chair will filled, every table crammed with drinks and cellphones, every square inch of wall supported a leaning body, and heads were craning from around the corner of the hall to catch of glimpse of Alfaro.

He did not disappoint.  Although the set was shorter than the room wanted, the six songs he delivered  – all in Spanish – were flawless.   Slinging his guitar strap over a black leather jacket and lighting up the room with a 100-watt smile he kicked off the night with “Sigo Mirando El Sol” and transitioned smoothly to the softer melodies of “Sirena De Cristal”, carried along by the complex rhythms of Glenn Ávila’s percussion and Carlos Cuba’s expert bass work.

The leather jacket came off and the conversation got personal as he joked with the audience in Spanish and moved into “Te Vi Venir” and the dreamy “Espejismo”,  accented with Alex Rivera’s twinkling keyboard notes.  The audience sang and even clapped along with his trademark “Eres Pervesa”, delivered more sparely than the lush recording on his recent album, Intimo, Phase 1.  There were groans from the room when he announced the next song  “Que Es El Amor” would be his last for the evening.  But the room quieted down as Ávila hit the downbeat and the song rolled out in all its up-tempo glory.  Cries of “Otra vez” and “Intimo” referring to his new single, were loud if ineffective.  It was time to go home, or not, as people crowded around Alfaro the second he stepped off stage.

Luis Polanco and Julieta Isla of Sunset Eclectico and The Living Sessions continued their strong record of producing exciting performances in the creative cauldron of LA’s American Latino Music scene.  Wednesday night at Cowboys and Turbans delivered on its promise of an intimate and fun night of music and then some.  The talents were first rate, the production came off flawlessly, and those lucky enough to squeeze into the full house will remember it long and well.

And the two girls behind me got their selfies with Alfaro after the concert, along many, many others. 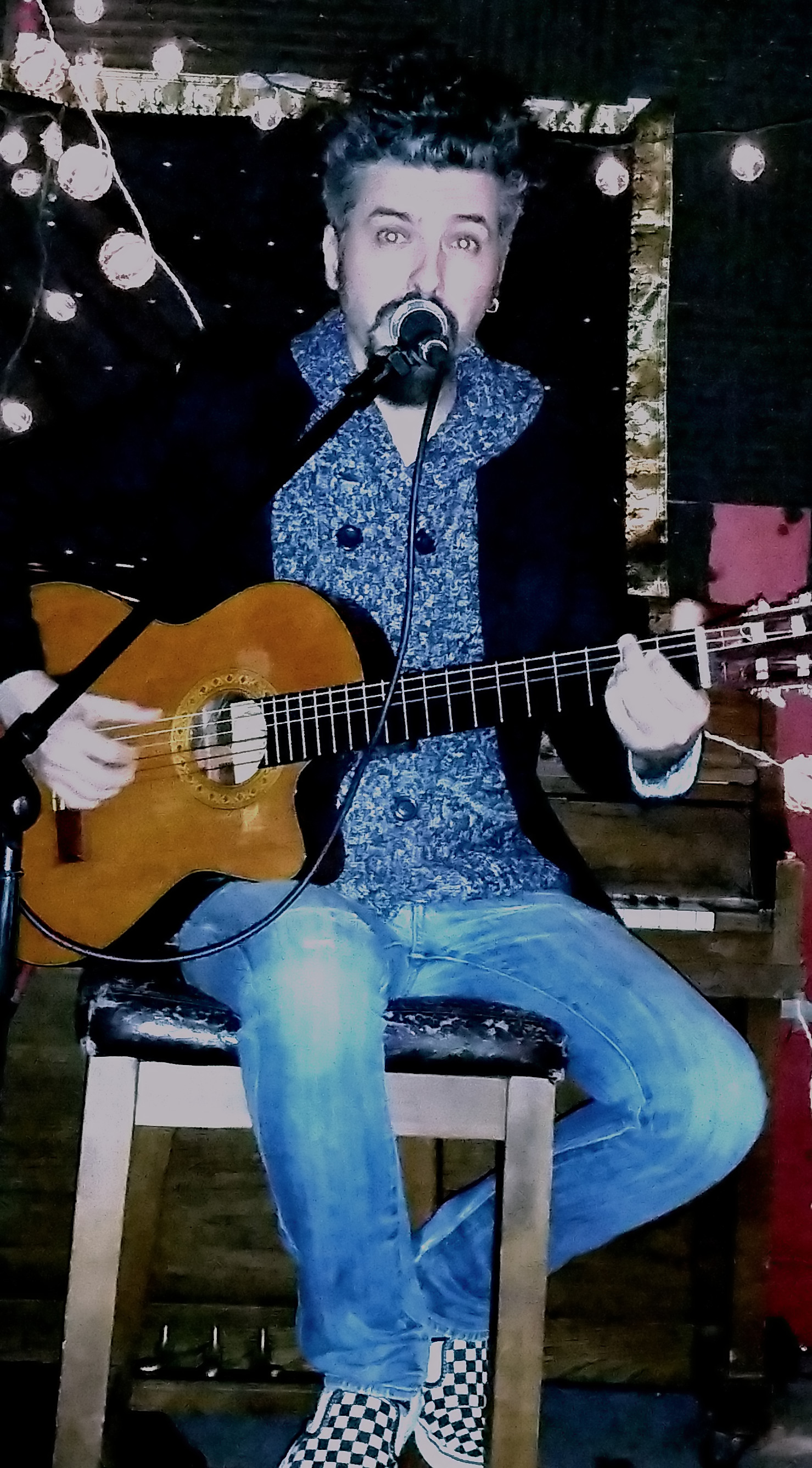 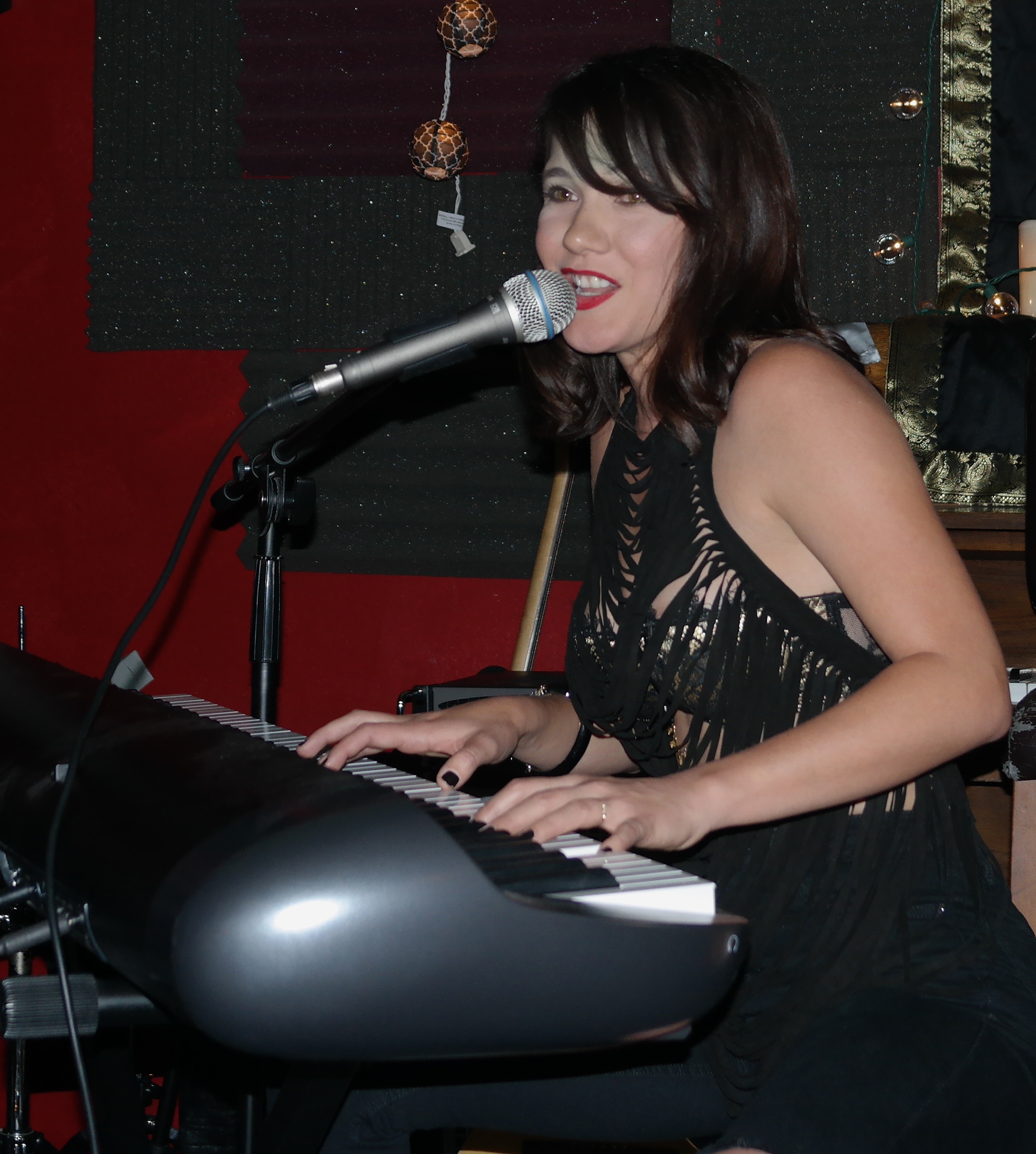