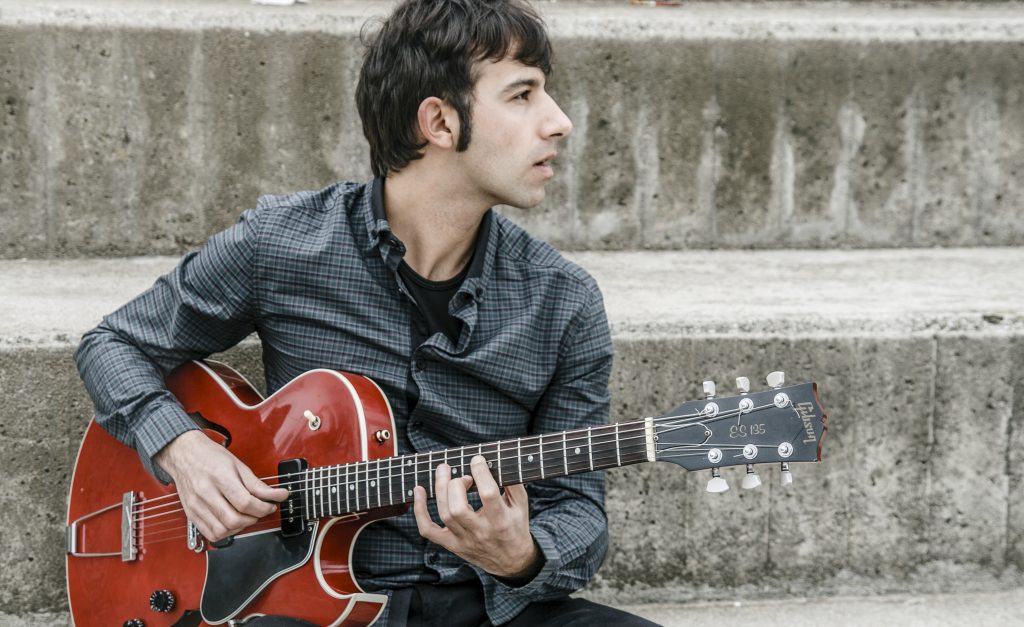 Dario Chiazzolino – several times Best Guitarist winner, is not only an exceptional musician, a virtuoso and world-renowned guitarist, but also a highly-gifted composer emerging as leading light of his generation.

His new album, Red Cloud, released on Feb. 29, 2016 was produced by Tukool Records and engineered by Umberto Ferrara, the album, according to a press release, is “a concept album – inspired by an orchestral approach”.  In this unique collaboration with famed pianist Antonio Faraò, drummer Manhu Roche and bassist Dominique Di Piazza, Dario Chiazzolino composed and arranged all the material. On “Red Cloud” you will not only hear world’s premier musicians, but also the colossal talents of Italian guitar player and composer/arranger, Dario Chiazzolino. Red Cloud contains original compositions along with a tribute to Miles Davis’ “Solar.” This album should be listened to carefully not only because of its extraordinary players, but also because of the perfectly focused repertoire, which reaches its climax with “Red Cloud”, “Storm” and “Eternity”.

Chiazzolino has travelled internationally quite extensively with his trio and quartet, and also frequently tours with artists such as Andy Sheppard, Horacio “el negro” Hernandez, Bob Mintzer, Billy Cobham, and Dominique Di Piazza.