Swim into the thoughts of Daniel Jimenez Afanador

Swim into the thoughts of Daniel Jimenez Afanador

Home » Featured » Swim into the thoughts of Daniel Jimenez Afanador

Daniel Jimenez Afanador: singer, songwriter, composer, and producer. The full blown talented musician has had an extensive musical journey. He projects intimacy and positivity that derive from influences of his native Colombia. He mixes alternative rock, pop, and soul to create songs that are relatable and full of emotion. His talent has already taken him to high level experiences, from sharing the stage with Ely Guerra (Mexico) and Jarabe De Palo (Spain), to collaborating with Aterciopelados (Colombia) and Sergio Arau (Mexico). He has now emerged from a deep swim into his thoughts and soul and has brought us a new full-length album, Deep Swimming in Brazil.

Growing up in Colombia, he took on an interest to music all on his own. He was a big fan on hard rock and heavy metal so he picked up a guitar at a young age. He eventually studied music in college and got his musical career started and experimented with bands like Roxing Kafe, who opened up many doors for him; having great success in his country. He is also currently working on a side project with Los Angeles-based Latin Rock band Cinco Santos. But over the years he realized that his personal relationship with his guitar has been the inspiration to focus on a solo career. 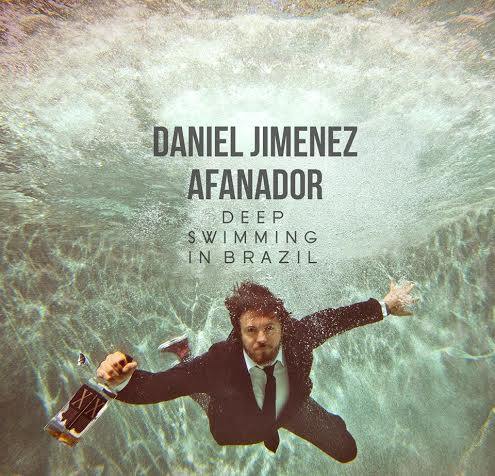 Last year, the bilingual artist released an EP, Mucho Amor Mata, which talks about the realities and heartaches of love. He also released the beautiful and inspiring single “All the Same” which speaks on the concept of no matter where we come from, what race we are, or what religion we practice, we are all on the hunt for the same things in life; from finding fulfilling love, making a nice living, or to have a satisfying physical appearance. In essence we are all connected and we are all the same.
Since then, he’s been hard at work and has now released his third solo and first full-length album, Deep Swimming in Brazil. Continuing his analysis of love and his incredible form of relating and rendering his own experiences, he speaks on different phases and emotions of love, from being in toxic situations and relationships, not being able to be with the one you love, and to moving on and being happy. It underlines a variety of tones that will absorb you into his heart and essence. So dive in, take a swim, and get to know the brilliant Daniel Jimenez Afanador.
Deep Swimming in Brazil is available for download on ITunes and Amazon.com. http://www.danieljimenezafanador.com/