Cuñao: Joyful Energy Wrapped Around Latin Folk And So Much Fun

Cuñao: Joyful Energy Wrapped Around Latin Folk And So Much Fun

Home » Collective » Cuñao: Joyful Energy Wrapped Around Latin Folk And So Much Fun 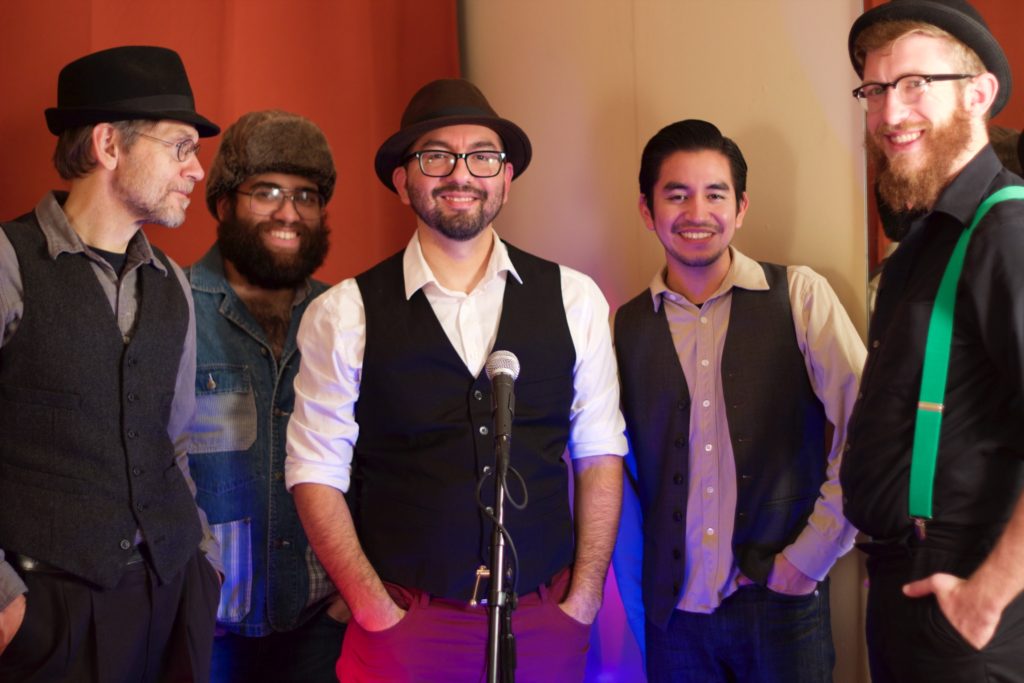 The band started as a recording collaboration between Hugo Muñoz and Julio Montero in New York City in the summer of 2010. Having recorded a few songs under their belt, Julio moved to L.A. and finished the album. The end result was the self-released debut “Trabajo Y Ron” in March 2011. The album is a fusion of electronic beats and synthesized sounds infused with the spirit of ethnic folk music. Their 5 song EP titled “Los Testigos,” a collection of nostalgic folk songs inspired by Latin American music of the 1960’s & 70′s, was released on April 24th, 2013 followed that same year by a collaboration with Beat Chamber Records and the release of the Cumbia EP “Llano, Llanero, Lloron.” The EP won The Examiner Magazine’s 2013 L.A. Music Critics Award for Best International Release. The song “Periquito” was also featured on an episode of The El Rey Network’s “From Dusk ‘Till Dawn: The Series.”

Cuñao has performed in local Los Angeles venues such as Tia Chucha’s Cultural Center, Witz End, Rockwell Table & stage, La Cita Bar, M-Bar Boyle Heights, Lillian Theater, The Good Hurt, The Talking Stick and more. Cuñao has also performed in New York City and in the summer of 2014, Cuñao was featured as part of NUEVOFEST in Philadelphia. Their upcoming show on the Westside at Rusty’s Surf Tavern should be packed.