Meet Cuicani (kwi-kani), a Los Angeles based collective of singer-songwriters

Meet Cuicani (kwi-kani), a Los Angeles based collective of singer-songwriters

The band has completed its debut album Now & Then (a 2-CD title), produced by Cuicani and Quetzal Flores (founder of GRAMMY winning band Quetzal). Now & Then is set to release on March 25th, and on that day, there will be a special release celebration at Center for the Arts Eagle Rock.

The community-focused event will include an art installation and workshop celebrating the home as imagined by Ofelia Esparza, Rosanna Esparza, Felicia Montes and other notable Eastside artists, as well as a performance by Entre Mujeres as part of the screening of the mini-documentary on the making of the Entre Mujeres: Translocal Musical Dialogues album project by Professor Martha Gonzalez, front-woman of the band Quetzal. Quetzal will perform, followed by the headlining concert by Cuicani. 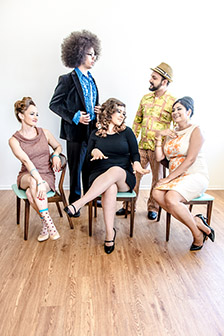 For Them Now is a show of alliance with the individuals living on the frontlines of the current struggles existing within black and brown communities in the US. today, as well as across borders. Also, this song acts as a call for black and brown unity in the face of prejudice. Specifically, “For Them Now,” talks about how although the state and police violence experienced in both communities may look different at times, these experiences are inevitably part of the same struggle. “For Them Now” uses narratives from the lives of brown and black individuals to speak out against racist and anti-immigrant policies and beliefs existent within U.S. culture, as well as its justice system. The lyric “For Them Now” is calling for us to create a better future for our children now, so they won’t have to suffer the same prejudices our generation has. Ultimately this song is coming from a place of deep love for humanity, and the potential is has to rise above hate and bias through shifts in our collective consciousness. Speaking out against racism, hate, violence, and bias is loving work that heals all as it raises awareness. That is what we are aiming to do with this video; raise awareness, heal, and express our deep love for human life.

Cuicani (kwi-kani) is a collective of singer-songwriters paying homage to world and soul music. The five-piece group draws influences from the sights and sounds of Los Angeles, the multi-cultural metropolis that the band calls home.  Formed in 2012, Cuicani’s members joined forces not only to create music, but to serve as dedicated agents of social change. Collectively, they have developed songwriting workshops, drum circles, theatre classes, and other empowerment lectures for their local communities. As music and arts educators working with youth from K through 12th grades, all Cuicani members have been dedicated to developing the next generation of music makers with the intention of inspiring growth, enjoyment and healing. 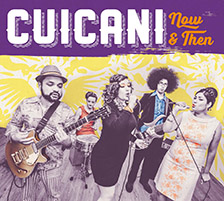