"Color Me Calm:" The Rise of Adult Coloring Books

“Color Me Calm:” The Rise of Adult Coloring Books

It’s official: provocative “Fight Club” author Chuck Palahniuk is about to join the world of adult coloring books with the release of his own coloring book “Bait: Off Color Stories for You To Color.” The book will hit the shelves on October 25th, 2016 and contains a collection of short stories illustrated by a range of artists. “Bait” will be joining the scores of coloring books that already cater to millions of American adults who are part of the “adult coloring book phenomenon”. 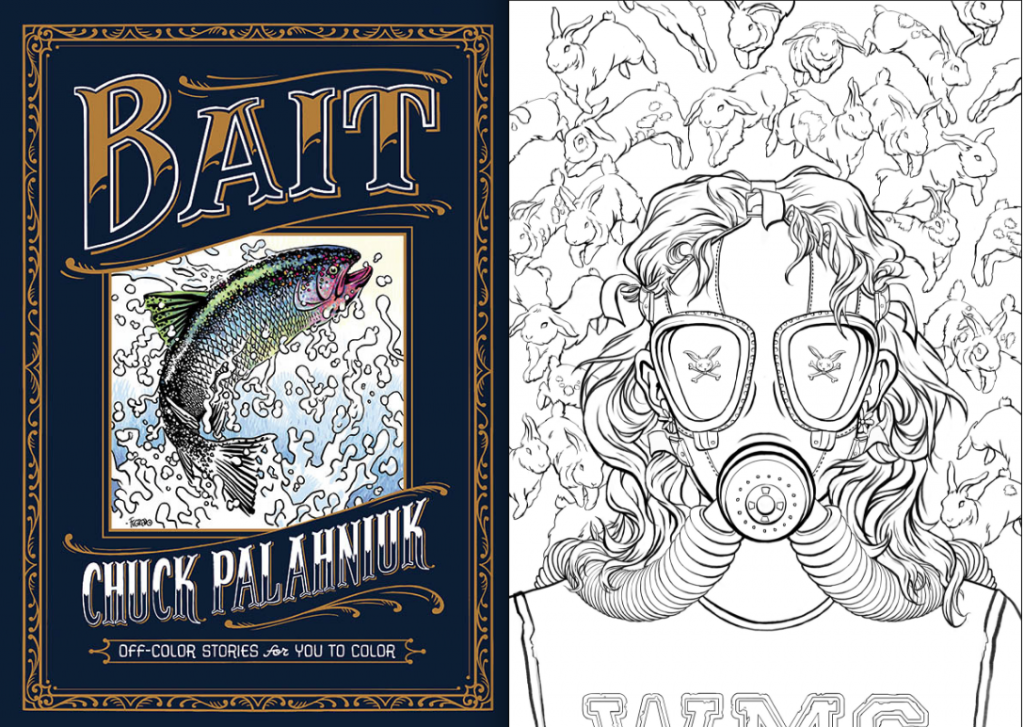 According to “Nielsen Bookscan,” an organization that compiles sales data on the book and publishing industry, in 2015 alone over 12 million adult coloring books were sold in the United States, contributing to a 2.8% growth in sales for the print media sector for the same year. What initially started as a relatively small niche hobby, has exploded into a worldwide phenomenon, with eight of the top 50 bestsellers last year under “Adult Non-Fiction” going to adult coloring books. 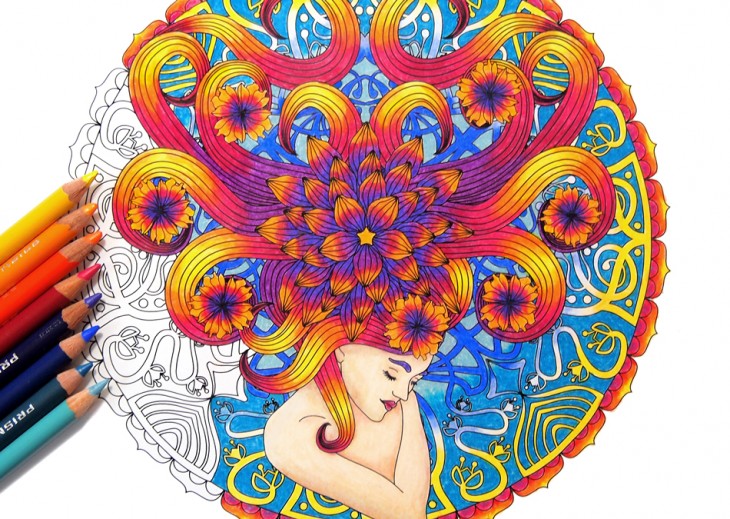 “Draw Inside The Lines!”

Coloring books might bring to mind smiling Disney characters filled in with scribbled crayon lines, landing everywhere on the page, but in the actual image. The adult version of these books, however, has made a childhood pastime into a therapeutic experience. Adult coloring books are regarded as a form of art therapy with multiple studies citing this form of therapy as an effective treatment for emotional trauma, stress and anxiety.

Titles of coloring books include “Color Me Calm,” The Mindfulness Coloring Book” and the not-so-subtle “Calm the Fuck Down.” The books contain a collection of intricate and detailed patterns and images that require hours of dedication to complete. Mandalas, picturesque nature scenes and animals are the most popular of these stress-relieving patterns, but the coloring book market also caters to broader tastes. Cat lovers, “Game of Thrones” fans and even human anatomy enthusiasts will all find coloring books made for them. The craft even provides the chance to own your own Botticelli or Picasso.

Although adult coloring books have been around for decades- popular particularly among the French- the market only saw the emergence of a trend with the 2013 publication of “Secret Garden: An Inky Treasure Hunt And Coloring Book,” by Johanna Basford. According to The New Yorker, the book has sold over 2 million copies since its release and has been one of the catalysts to push adult coloring books into the mainstream.

“Crayola,” the company behind the timeless crayons and art materials for children, has also helped make the craft popular with the release of their own range of adult coloring book kits entitled “Color Escapes,” which include markers, pencils and pens.

Research on the psychological benefits of taking part in art therapy make for a compelling case, with one study concluding that “…creative engagement can decrease anxiety, stress, and mood disturbances.” Another study noted the improved mood and behavior in prison inmates who participated in art therapy regularly. Most of the research on the topic, though showing promising results, still remains scientifically inconclusive.

Despite little scientific backup, adult coloring book enthusiasts or “Colorists”, mention the sensation of “coloring Zen.” The Zen is the feeling of relaxation and stress relief that takes over with the task of picking the right colors, meticulously drawing within the lines and shading various parts to create a complete artwork. Colorists are part of a huge online community sharing artwork, art progress videos and tips for drawing. Many who color have shared accounts of going through periods of immense stress or trauma and found it to be“…soothing and peaceful to get lost in the rhythm of coloring.” 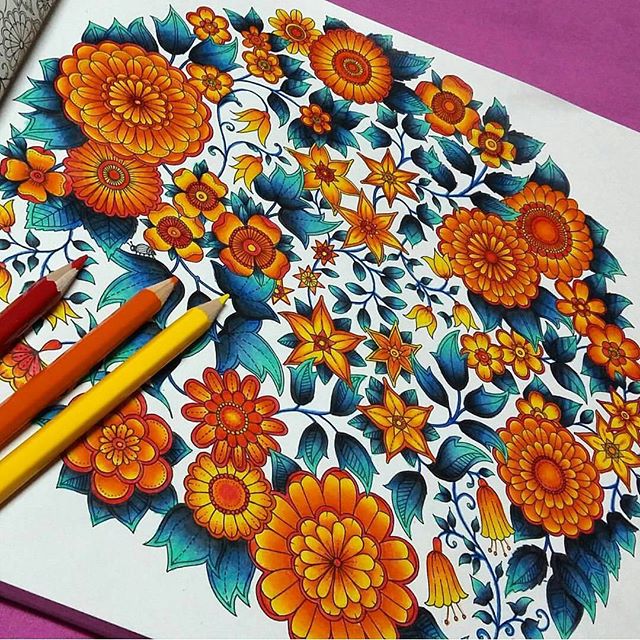 Because of the quiet, focused nature of coloring, it is often regarded as another form of mindfulness and meditation. “Meditation” has been an ongoing buzzword amongst holistic, health-conscious communities in recent years, stemming from the ancient Buddhist practice of “Vipassana” meditation, which seeks to understand “the self” as a means to reduce anxiety and stress levels. Meditation aims to drown out all the noises and distractions from the outside world (or anything outside “the self”) to get to a point of undisturbed self-reflection.

In coloring, the colorist has to concentrate on a relatively rigid, confined activity for hours on end, providing a form of escapism from the outside world and the opportunity to get lost in lines and thoughts. Adult coloring books, therefore, may offer time for meditative reflection in the same way doodling can offer a clearer headspace. It might also be a more practical way for people to gain a few minutes of mindfulness each day, without having to drop everything, close their eyes and sit quietly- as meditation practices usually recommend.

Although I have not yet dabbled in adult coloring books, I’m an avid crocheter and I can testify to the calming effects of the craft, providing just a few moments of quiet in an otherwise busy day. Craft gives a sense of satisfaction and accomplishment that only creating something from scratch can, whether that comes in the form of coloring or working with yarn. So if there is something out there- be it coloring in an intricate black and white koi fish- that offers people a little emotional relief, I say: bring out the pencils! 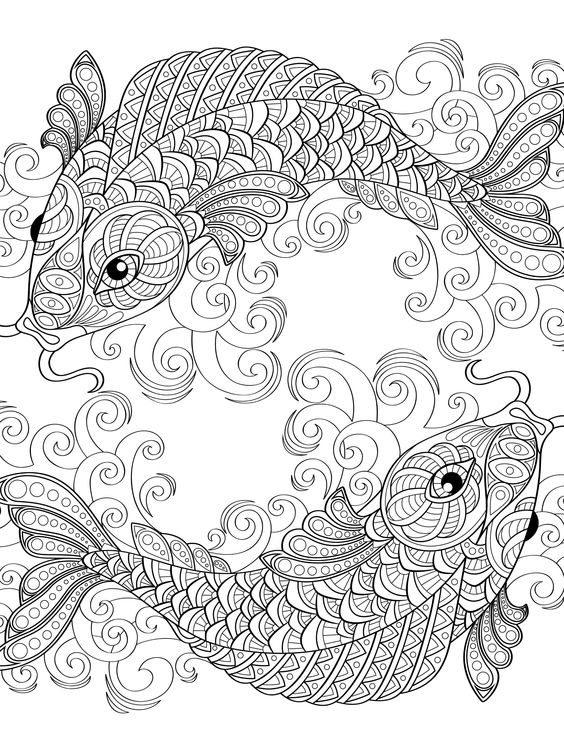