Chris Wyse and Jason Achilles Mezilis of OWL interview: we are doing what we want and having fun.

Chris Wyse and Jason Achilles Mezilis of OWL interview: we are doing what we want and having fun.

Home » Collective » Chris Wyse and Jason Achilles Mezilis of OWL interview: we are doing what we want and having fun.

If you are fortunate enough to get up close and personal with the band OWL during a live show, don’t be surprised if bassist Chris Wyse puts his foot up on the monitor in front of your face and looks down at you with a fiendish grin, or if Jason Achilles Mezilis swipes your camera lens and uses it for a bottleneck on his guitar. That’s what happened to me at their show recently at Hollywood’s renowned Whiskey A Go Go. OWL is a contradiction in terms: a melodic hard rock band. They can attack you with metal-like ferocity while making you laugh and sing. I have seen a lot of great bands – pop, hard rock, blues and metal –  but none of them can do what OWL does. I can’t explain it, but Chris Wyse and Jason Achilles Mezilis stopped by the studio to try to make it crystal clear.

Patrick.  Let’s start with the new EP, Things you Can’t See.  Why has it taken so long?  You started this, I think, 2 years ago…is that right?

Chris. I was doing it while I was touring with the Cult.  It takes a lot of time  to tour,  do promotions and other stuff with the band. We thought that to take on a solo record would be too big of a burden and we would be out of the public eye too long.  We had this particular EP in mind and we focused on the exciting sound that we had been writing in the studio.  Really it didn’t take that long; in that time we had it written, recorded, mixed and mastered; we have  videos coming out next week and we have already been touring it.  It has been an intense schedule to keep it all together.

Jason. We did have an opportunity to put it out sooner, but we had something special (in the EP).  There is something called an album cycle and we wanted to be in the cycle at the right point so we could promote it properly.  We didn’t want it to just come and go.  It has worked well…it has been really great.

Patrick. I have heard that the process of recording this album was sort of jamming – you didn’t have the songs ready when you went into the studio.  But there is structure there – it seems like you did a lot more than jam until you got it right.  So how do you go into a studio with a concept, no songs and come out with a terrific album?

Chris.  It takes years of experience in songwriting. And Jason got it right in what he said. I have been songwriting for 30+ years; I have singing for life: I have a concept for how I approach the bass; Jason and Dan and I have all developed as a band…the first record was totally written, the second recorded we expanded, did covers and a little more jamming, This last record there was a concept for every song.  It is tough for any band to imagine vocals so I get vocals in from the get- go.

Patrick. The title song, “Things You Can’t See” really sneaks up on you. It starts off gentle with great lyrics:  Things you can’t see.  Dealt upon thee.  Built in the sky.  Ain’t telling you why. What is going on there with those lines?

Chris.  It is the storm that is brewing in one’s life that you may be aware of or not.  Like the Tarot card with two cups that shows a ship and a storm brewing out in the ocean….that was my lyric inspiration.

Patrick. I notice that you shift tempo and arrangement in that song.  Is that strategic to illuminate the lyrics, or is it musical – you wanted to carve out a more varied soundscape…or both?

Chris.  Conceptually yes – there is a concept – I came in with the guys and jammed but I kept my eye on the concept.  That is what I have learned from Pink Floyd and Led Zeppelin and Black Sabbath – you can write a song to create a theater of the mind instead of the standards A,B,C.  That is what OWL does.

Patrick. You both started music young – Jason you on the classical piano.  How did you go from Brahms on a baby grand to “Violent Center” on an electric guitar?

Jason. I didn’t discover Rock and Roll until late – I was 14.  One of my best friends turned me on to Van Halen.  He brought 1984 over on a cassette. At that time I was air-guitaring on a tennis racquet and trying to play guitar parts on the piano.  My parents took me to a Van Halen concert; a week later I got my first guitar.  My grades started going south right after that.  But I got back on track.

Patrick. The song “Lake Ego” is fascinating. To me seems like you start with a classic bass role in the music, but it keeps reasserting itself.  It that hard to get it just right?

Chris. That is a trick we play in a trio. I might have the melody at the top, I overlay some bow.  The guitar takes the foundation while I take the lead vocal.  What you have is really a rock take we nailed in the studio.  The bass is real pulsing, classic rock and roll.  In the next double chorus there is a bridge where I go into a double bow bit.  This is like a pop song for us – with our OWL personality. But it didn’t happen overnight.

Jason. In the verse section it was pretty well defined, but when we got to the chorus we worked endlessly, trying to get it upbeat but not too happy.  I used to be a guitar tech for Ken Andrews in the band Failure.  It you listen closely, there is a background guitar melody which goes over the top which I took from working with Andrews  – he would take a different approach to a normal arrangement to make it sound dark without changing the recording.  That took a long time to figure out while Chris was establishing his vocal line.

Chris. I had a whole other set of lyrics after Jason got the guitar down and Dan pushed me to get more edgy.  The icing on the cake was vocals that said what we are talking about.  Dan said don’t nice – kill in the lyrics and I did.

Patrick.  The song “Who’s Gonna Save You Now?” is a song only OWL could do. Who is beyond salvation in that song?

Chris.  A cancerous type of character that is feeding in a way that is not morally correct.  It is the stuff that Hollywood puts out, if you have lived and earned your stripes here like Jason and I have. That’s why our new material is really good.  I am not looking for anything anymore; I am just calling it like I see it.  I have the experiences from world travel with  Cult, the stories; we both have years of living in Hollywood and surviving and not turning into complete lunatics.  I see so many people get affected by this town.  There is a message in there and a strong metaphysical message about “is the planet OK?” – Jason created a great bridge there for that.

Patrick.  Thank you guys this has been so much fun.

(interview edited for space…listen to the full interview at http://bit.ly/1HbP4B7) 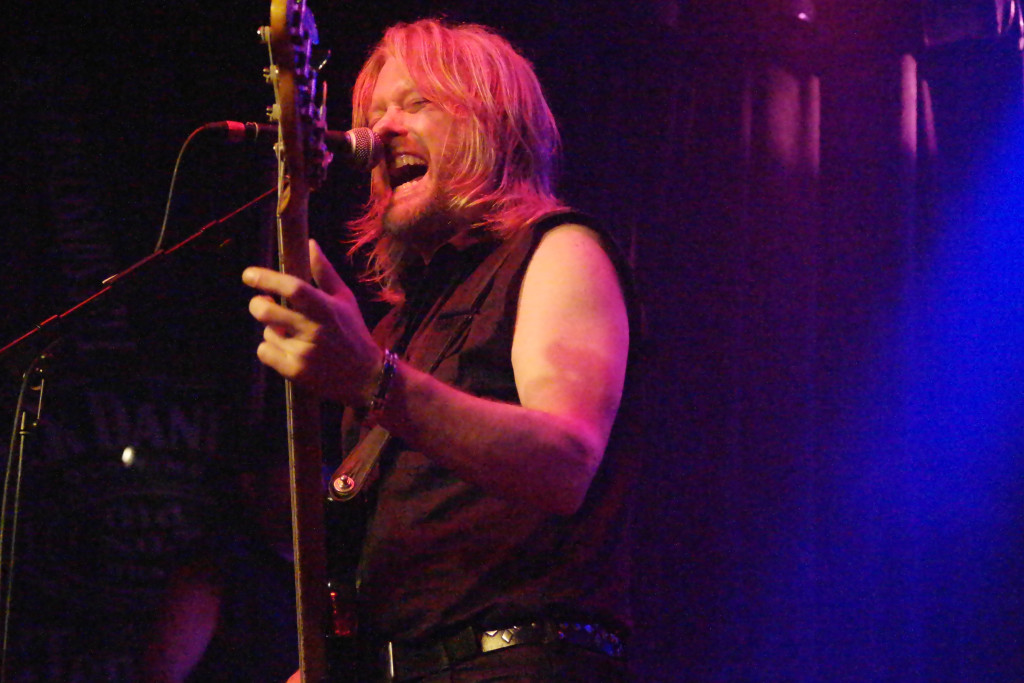 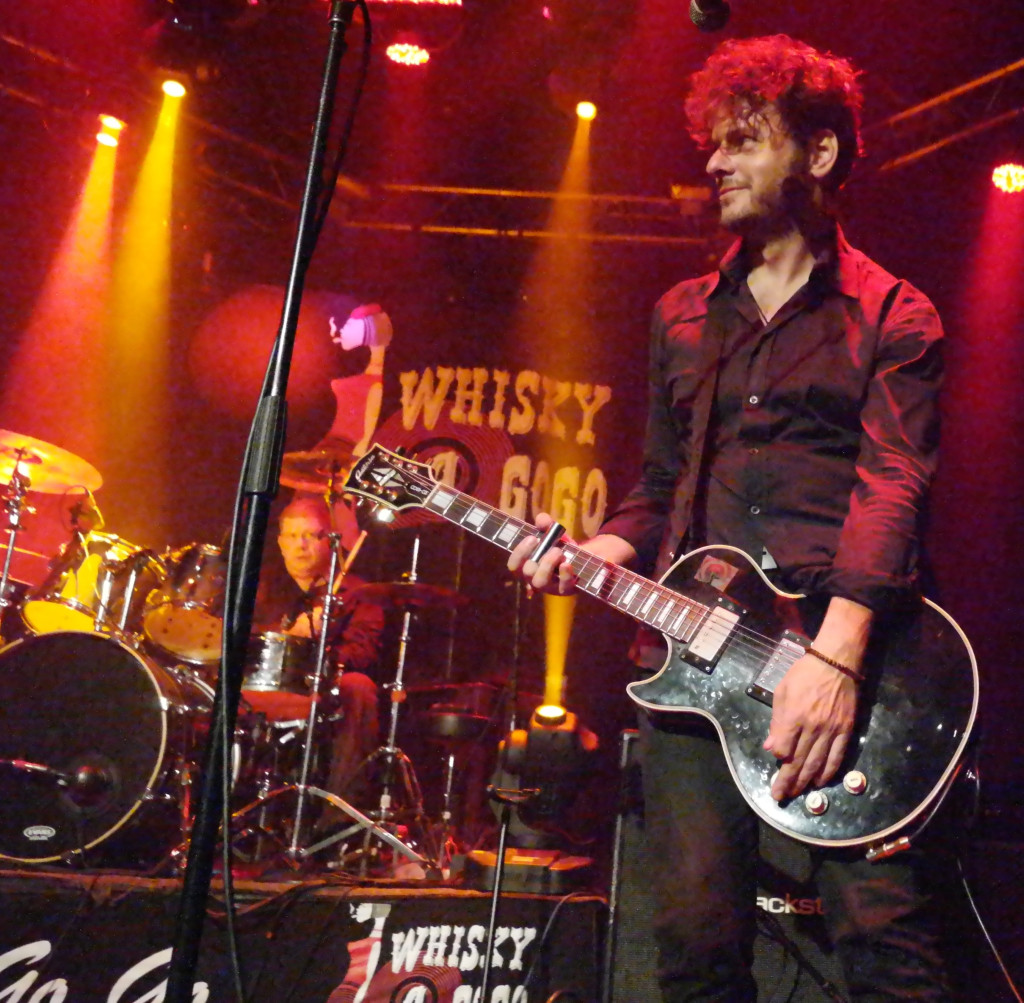 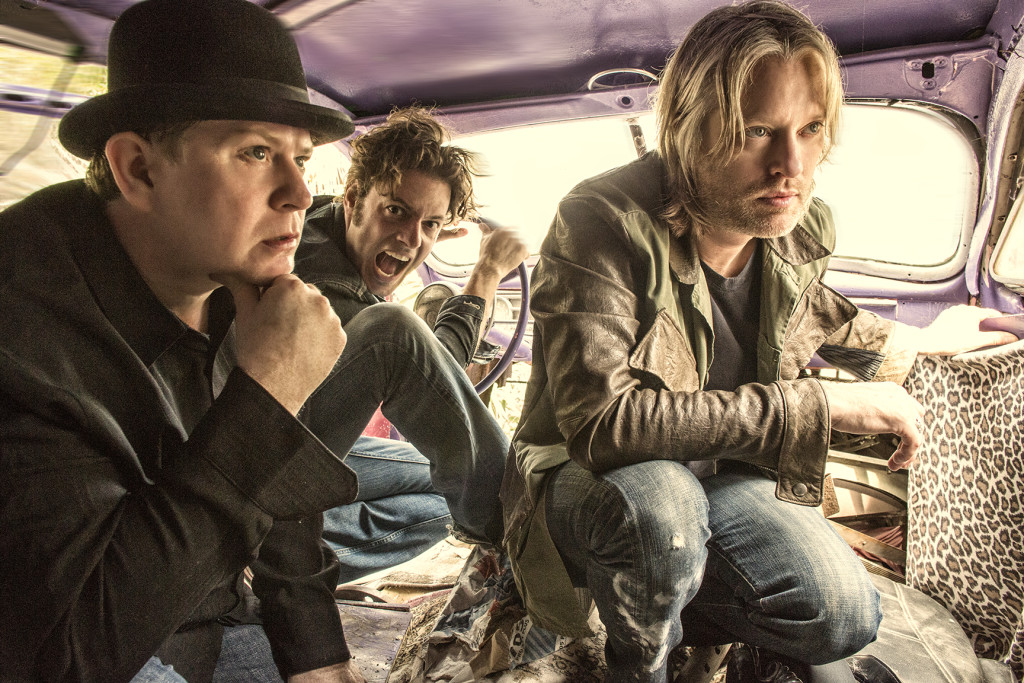 Things You Can’t See is available at http://www.owltheband.net/ and iTunes