Rich notes of coffee beans meet creamy hot chocolate in this delicious Mexican Mocha recipe by renowned cookbook author and chef, Marcela Valladolid, the host of the Food Network’s The Kitchen and Mexican Made Easy.

This is one of Chef Marcela’s favorite, go-to drink recipes. The cinnamon gives it a nice kick you can enjoy first thing in the morning or any time with family and friends, and the LACTAID® milk – real milk, just without the lactose – gives it an added twist. 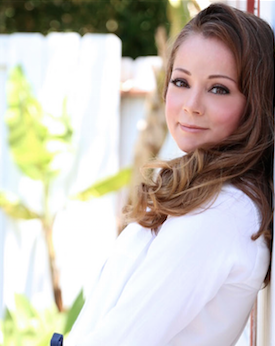 Growing up around expert and traditional cooks in Tijuana, Mexico, Marcela was raised to be passionate about food, and she jumped straight into a culinary life with her first job working at her aunt’s cooking school in Baja, Mexico. Marcela realized she, too, wanted to pursue this growing love for food full time and enrolled in the Los Angeles Culinary Institute. She then went to the Ritz Escoffier Cooking School in Paris to become trained as a classical French pastry chef. Marcela later returned home to run a catering company and teach children about the culinary arts in Tijuana, all while collecting recipes and applying her knowledge and skills of her family’s cooking traditions to map out her dreams. She successfully translated her culinary knowledge and passion to the small screen as the host of her own Food Network series, Mexican Made Easy, which premiered in 2010. Wanting to share her expertise on great Mexican food that combines freshness and flavor with kitchen ease, Marcela published Fresh Mexico: 100 Simple Recipes for True Mexican Flavor” (Clarkson Potter) in 2009 and Mexican Made Easy (Clarkson Potter) in 2011. Marcela lives in San Diego with her 9-year-old son, who often doubles as her sous chef.