Inside the intimate Clive Davis theatre at the Grammy Museum in Downtown Los Angeles, Carlos Vives and his band jammed on stage with 4th grade students from the acclaimed Para Los Niños elementary school, a nonprofit organization dedicated to the academic success and social well-being of children in Southern California, on what will forever be known as “Carlos Vives Day” in the City of Los Angeles.

Vives shared with the students his love for his native country Colombia, his love for traditional folk music from Colombia and his musical journey. “My music is like my country,” he expressed, “and my country is very diverse. We are many cultures in one country: We are America. We are Africa. We are Europe. And precisely, the music that we make and that inspired me is like this; Diverse. Because of this (diverse) feeling, our music is very joyful.”

“One day I learned to sing the music of my land,” Vives continued, “Music, that came from the provinces of the mountains and the valleys near Santa Marta, Colombia.  My music sounds like this,” suddenly, the band on stage breaks into a rhythmic Vallenato song, played with traditional Vallenato instruments, including the caja vallenata (a small drum held between the knees and played with bare hand), guacharaca (a percussion instrument usually made out of the cane-like trunk of a small palm tree) and accordion. 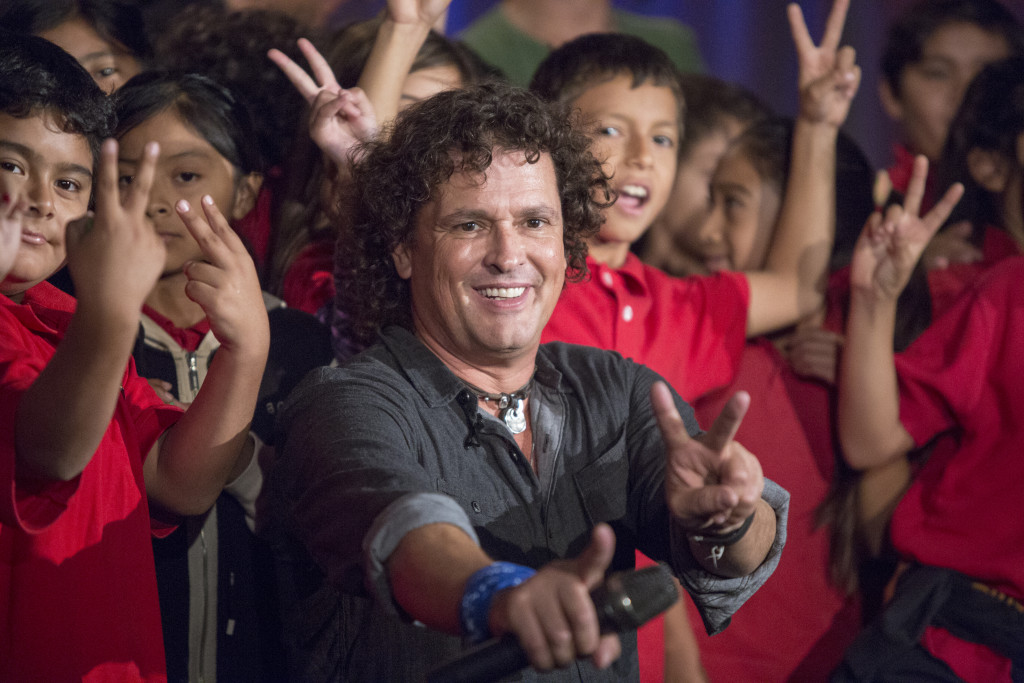 “I love this music, I love Vallenato… I love Cumbias… I love my country!” Vives declared.

“Thankfully, I’ve been able to travel the world with my music, I’ve been recognized by a very loving audience and l’ve received many awards for rescuing the music of my country… ‘til this day I continue to receive a lot of affection from the Grammy Academy and the City of Los Angeles.”

L.A. City Councilman Curren Price Jr of the 9th District approached the stage and presented a Proclamation from the City and declared: “NOW, THEREFORE BE IT RESOLVED, that by the adoption of this Resolution, the Council of the City of Los Angeles does hereby declare October 23, 2015 to be “Carlos Vives Day” in the City of Los Angeles, in recognition of his countless contributions over the course of his career and his generous charitable giving, which continues to change lives.” 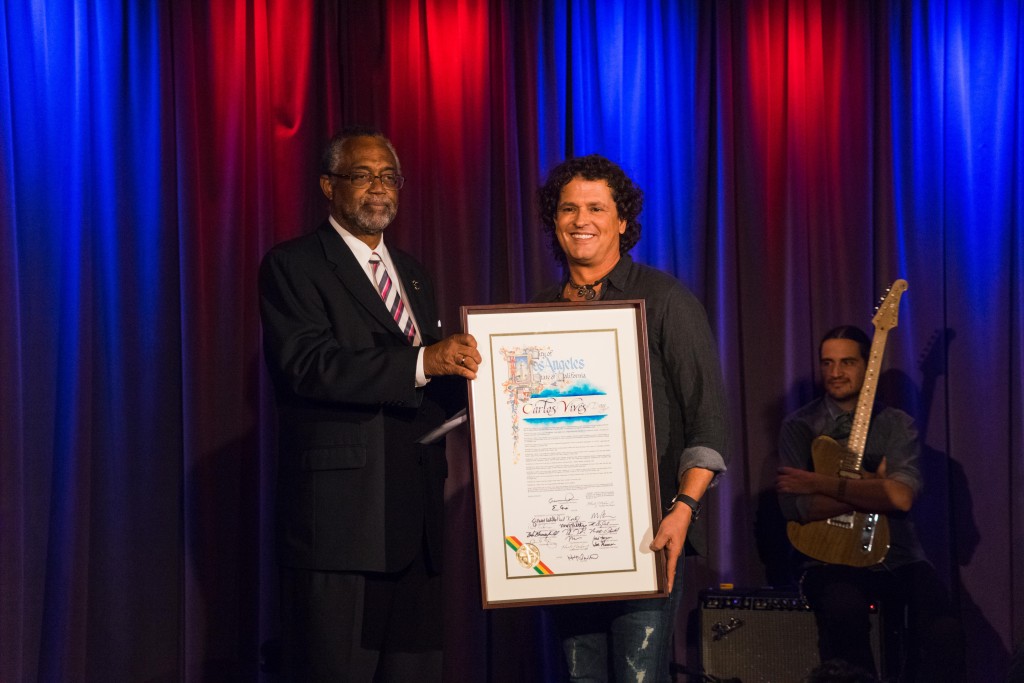 Vives is the father of four and loves working with children. He has worked with many non-profits similar to Para Los Niños around the world and has produced a children’s album Pombo Musical, a musical tribute to the Colombian writer and poet Rafael Pombo, which won a Latin Grammy award for Best Latin Children’s Album.

Following the Councilman, Martine Singer, President & CEO of Para Los Niños, asked the students to approach  the stage with their instruments on hand and stated, “Thank you so much to Carlos, we are honored to have Para Los Niños take part in this extraordinary event! Music is so important to our children and it makes such a difference in their lives, this is just an unbelievable opportunity!” 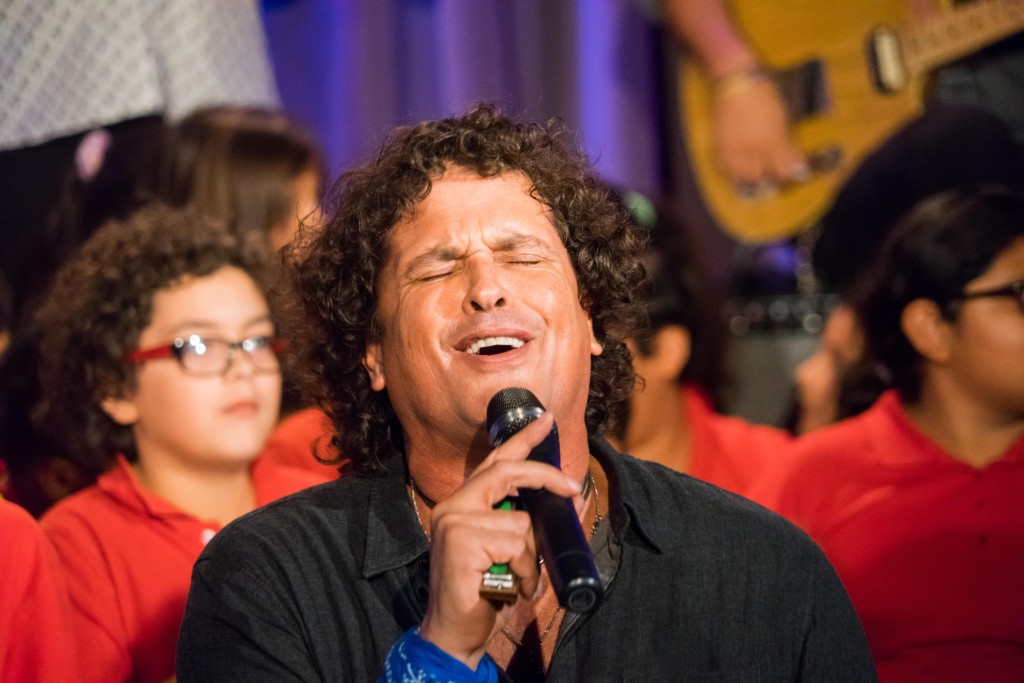 Vives took time off from his current Unido2 Tour, co-headlining with Marc Anthony, to spend the time with the children of Para Los Niños to demonstrate instruments and rhythms of Columbian music and an afternoon tour of the Grammy Museum. After an enriched fun-filled day of dance, laughter and music “Carlos Vives Day” will undoubtedly mark a day in the young students’ lives they will never forget. 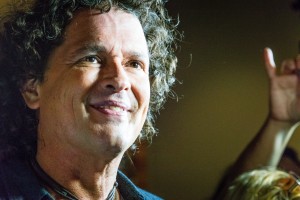 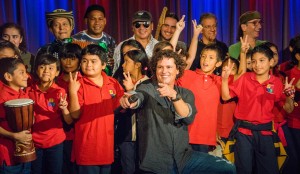 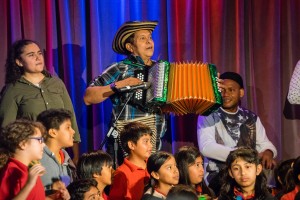 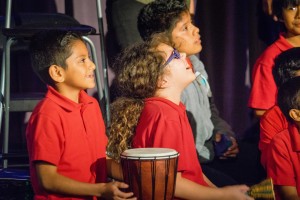