Mariana Vega’s “Cámara Lenta” slows us down to enjoy life, love and music.

Mariana Vega’s “Cámara Lenta” slows us down to enjoy life, love and music. 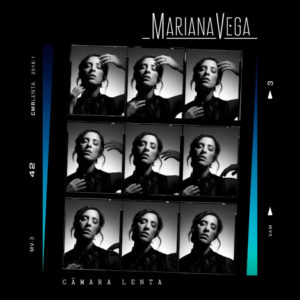 Have you ever wished you could slow down, take the time to think, contemplate, and understand life while you are living it?  Most of us have – I do often.  So I was ready for Mariana Vega and her new single “Cámara Lenta” – “Slow Motion” —  to slow me down and make me listen and think.  The experience was simultaneously exhilarating and calming, and very, very enjoyable. With “Cámara Lenta” now at the top of my playlist, the feeling ofslowing down  may just happen to me every day.

“Cámara Lenta” is a new release by the two-time Latin Grammy nominee Mariana Vega, who won the 2014 Grammy for Best New Artist.  The song is true American Latino Music – it mixes electronic and acoustic sounds with USA pop flourishes.  And it also references Latin American folklore in its use of the 6/8 charcatera rhythm and minor note forms of the Argentine countryside.  But in any language, “Cámara Lenta”  soothes, entices, seduces and carries you along in the here and now.

Vega’s hometown is Caracas, but she moved to Canada at age 15 where she encountered British and American rock music, both of which mixed well with the musical influences from Venezuela, Colombia and Argentina that shaped her artistry.  She now lives in Miami, but has toured Canada, North and South America, the US and Mexico, picking up musical influences as she traveled and adding them to the songs her mother played in her childhood.

All of this coalesced in the  moving poetry of “Cámara Lenta”.  Her producer, the renowned Julio Reyes Copello. Copello took Vegas’s idea and music about slowing down — which she wrote after a year of moving fast on tour — and helped shape it into a joyful celebration of living life to the fullest, in the now. His deft combination of pop accents, languorous intro notes, acoustic guitar clashes, piano, and soft rhythms perfectly showcase one of the best Latino voices in music today.

“Camera Lenta” exemplifies Vegas’s creative chemistry with Copello as it builds on her voice using an understated intro and muted crescendos to create excitement before it dials back to the steady softness of the charcatera tempo.  All of this perfectly highlights her voice, which is recorded so purely that it comes out of the speakers like rays of light.

“Cámara Lenta” is the first song from a forth coming album now in production which will be released song by song every two or three months and then as a whole disc. “Cámara Lenta”  is in Spanish, as are all of the songs on her albums Mi Brubuja and Mariana Vega.  But she also sings in English, as she demonstrated with the band Los Hollywood in their “Room Service” videos from Las Vegas. English or Spanish,  her music and her voice tells us to cámara lenta – slow down and enjoy life, love and especially music.

“Cámara Lenta” is available on iTunes, GooglePlay, Amazon.com and all digital platforms and can be streamed at Spotify.