“Futuro” was recorded at Ocean Studios in Burbank, California with production by the legendary Argentine producer Gustavo Santaolalla, who has worked with the band since their first album. Drums were recorded by Joey Waronker (Beck, R.E.M., Atoms for Peace, Johnny Cash), who the band collaborated with on their album “Cuatro Caminos.”

Quique, the song’s writer and composer, reflects on its inspiration: “The relationship between life and death and the perception of time are two themes that ‘Futuro’ explores without solemnity or optimism. But it also points to a brighter promise if we allow ourselves to recognize the here and now (without the desire to be a self-help song).”

Emmanuel Del Real (aka Meme), who developed the electronic programming in the song, said: “It was Quique’s turn and he brought us ‘Futuro.’ This is one of those songs that, when it arrived to the group, gave us the opportunity to be who we really are: a group who is always trying to reinvent ourselves and take risks. This is a song that has a lot of qualities: it’s primitive yet sophisticated, it has a great sense of humor yet the lyrics are deep. It has elements that allow us, in a fun way, to shape this piece that represents the freedom of creativity that exists within Café Tacvba.”

“Futuro” follows the group’s recent single “Un Par De Lugares” which is currently in rotation at the top of the Mexican radio charts and debuted at #3 on the Spotify “Global Viral Chart” this past fall. The two tracks preview their upcoming studio album which will be released next spring.

The new album will be their first release since “El Objeto Antes Llamado Disco” in 2012, which was nominated for a GRAMMY in the “Best Latin Rock, Urban, Alternative Album” category and won a Latin GRAMMY for “Best Music Video – Longform.” 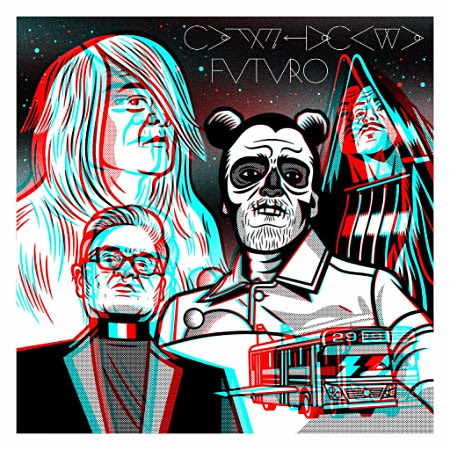