Bunny by Halo Circus: a warrior’s anthem with a poet’s heart, and all American.

Bunny by Halo Circus: a warrior’s anthem with a poet’s heart, and all American.

Home » Collective » Bunny by Halo Circus: a warrior’s anthem with a poet’s heart, and all American. 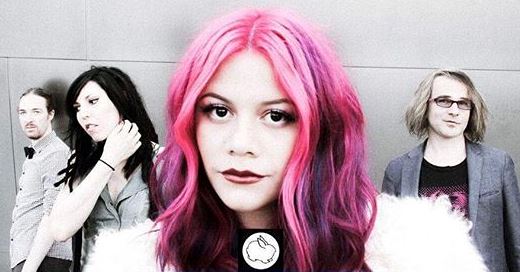 Bunny by Halo Circus may be the most important record of the year, and perhaps the decade.

I don’t say that easily.  I say it because Bunny by Halo Circus is not only a musical triumph, but it uniquely exemplifies and transcends the demographic and cultural change overtaking the United States, the emergence of a new American Latino generation.  This change is a revolution of Millennials and Allison Iraheta and her band Halo Circus is both the spear tip of that revolution and its future, present before us. Halo Circus sings in the key of the second largest Spanish-speaking nation in the world, the USA.

Allison Iraheta’s Latin blood has been hidden under the beats of American pop.   Born to immigrants from El Salvador, she was raised on the mean streets of Compton, the creative cauldron of South LA, where she sang, took voice lessons and performed at the local Latin electronics store, La Curaçao.  She entered and won the reality contest show “Quinceañera: Mama Quiero Ser Artista” on Telemundo, singing in English and Spanish. That took her to American Idol where she was refashioned into a pop star, went all the way to the finals, and exited with a record contract that produced two Billboard charted pop albums.

Iraheta’s music sold but her power and heart were muffled, pushing against a pop straightjacket, trying to get out while all around her the American Latino Music revolution was moving forward.  Pioneer bands like Los Lobos and Ozomotli were joined by newcomers La Santa Cecelia, Chicano Batman, Pitbull and Gabby Moreno. Mashups and blends were on the radio, YouTube, iTunes and in the parks and plazas and venues of LA. The timing was right when she met double-platinum producer Matthew Hager, who had worked with Duran Duran.  They formed the band Halo Circus and the straightjacket came off, releasing the cathartic, bilingual urgency that is the album Bunny by Halo Circus.

The eruption has been slow building, like a volcano ejecting steam while lava rises from its core.  Carefully road testing songs on stages and online before releasing singles, Hager monitored Iraheta’s rising lava to free its power only when ready.  The result, dropped June 24, 2016, is an album of 13 songs that blow the top off of the volcano.  With Bunny, Iraheta’s vocal lava joins and superheats the boiling rivers of cultural and political revolution rushing through cities, barrios, farms and the ballot boxes throughout America.

In Bunny, Allison and her Grammy level band – Matthew Hager on bass, the atomic-powered former Jeff Beck drummer Veronica Bellino and master guitarist Brian Stead — collect the hope and pain of the Mexican corrido, slams it into the terrifying power of  Halo Circus’s precisely calibrated  rock and injects into your ears with a howling, sighing, vocal hypodermic. You are intoxicated, addicted and energized in ways no mere chemical can accomplish.

The key to this wicked cocktail is Iraheta’s voice, a finely tuned instrument that seduces you with world-weariness in the brief “He promises the Moon”, sends you screaming toward the sun in “Nothing At All” and then pulls you back gently into an orbit around the dark side of the moon in the mysterious “Far From Eden”.  Hager – who both produced the album and plays bass on it – strips down the music in “Yo Me Voy” while the Allison wrings your heart out and then builds it back up to a volcanic climax, obliterating octave lines as she rises and soars.

But Iraheta comes back down to earth hard in “All I Have”,  co-written with Hager. “She had the car, the condo, the kids/until it all came crashing down….she’s on the street fighting for tomorrow…I know that hope isn’t a plan” Iraheta sings, wondering “where we go for tomorrow”.

Where she goes is to “Verdad”, with its martial like music evoking the marching armies of many women on the street fighting for tomorrow.  Reinforced by a Mexican accordion and reveling in Bellino’s sophisticated and deceptively simple drumming, it halts to allow the howling Iraheta to downshift for a moment of calm before the pace accelerates.  For many, the metaphorical pinnacle of Halo Circus may be the English-language “Guns In His Hands”, where Iraheta directly confronts the barriers to personal life and social change.  Augmented masterfully by Victory Mori on classical guitar and Janeen Rae Heller on the musical saw, the song bluntly faces the reality: “I can barely hold you in/You come at me with guns in your hands/and tell me to dance….And I’m getting tired of this”. 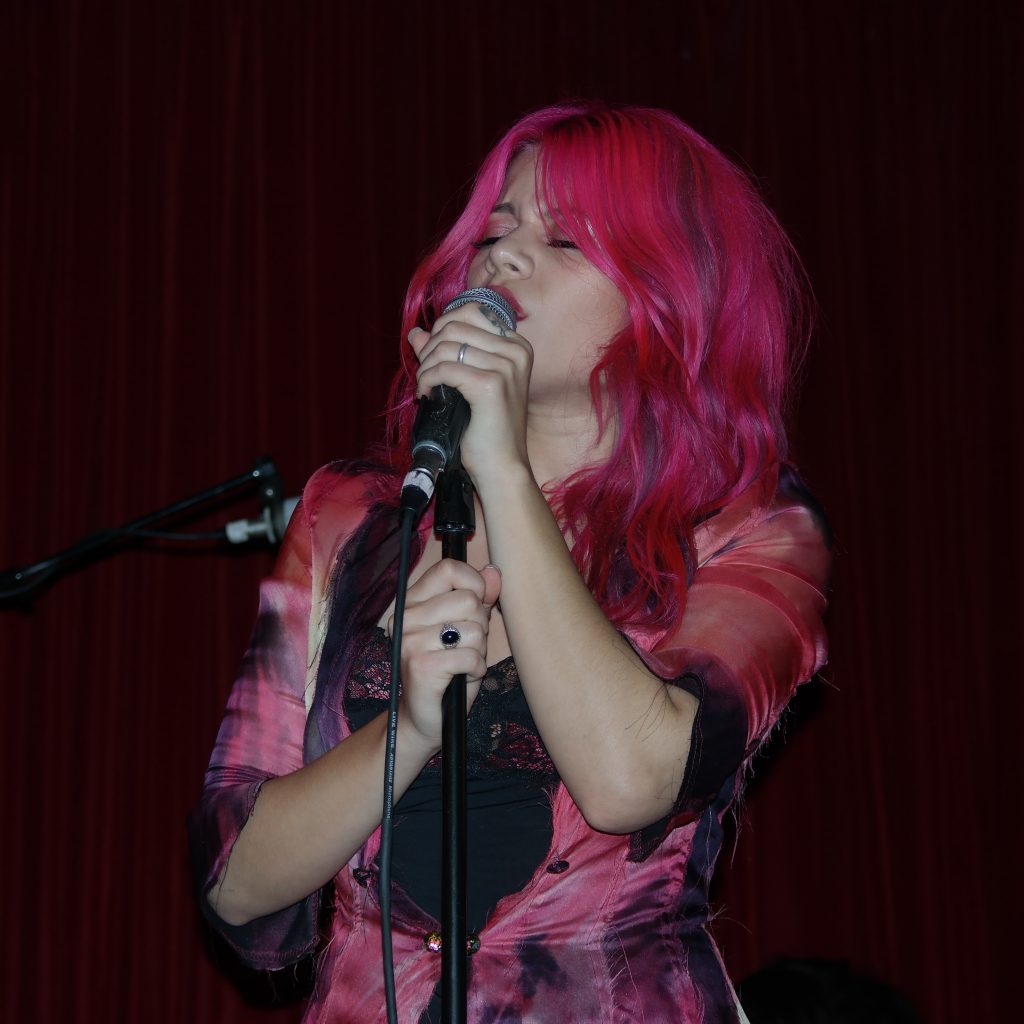 The gloves come fully off in “Band Aid” written by Iraheta, Hager and their long-time friend and inspiration Paul Williams. “We want a revolution/a short cut to solution/no we really need a cure…we’re human after all/we are taught the awful art of being small.” She proclaims denouncing the band aid of her pop past and raising the flag of revolt. “Band Aid” is the anthem of a warrior and a leader of change that reflects back to the early days of the Chicana Movement.

But the album is not all flying flags and revolution there is gentle love, as there would be in any endeavor in the Romance languages. In “You Can’t Take You Away from Me” Allison uses minor keys and her incomparable bedroom voice to beguile us before she notches up the power and the urgency of need.   And of course, there is the Spanish “Desire (Lo Que Vale la Pena) with its addictive hooks in any language and a gorilla-style video that returns Allison to her roots.

This is music for the Pan-American generation.  This is music to fight to, music to love to, to dance the dance of national evolution and walk the picket lines of social change. But it is also music from a deep heart that orders you to strip yourself naked of fear, cloth yourself with love and hope and put an Immigrant banner across your chest.  It both stakes out the new territory of metallic alt pop rock in the expanding genre of American Latino Music and moves it to a new level of demand and emotion. Where La Santa Cecelia’s “ICE” lays bare the injustice of deportation, Bunny provides the angry power to fight it.