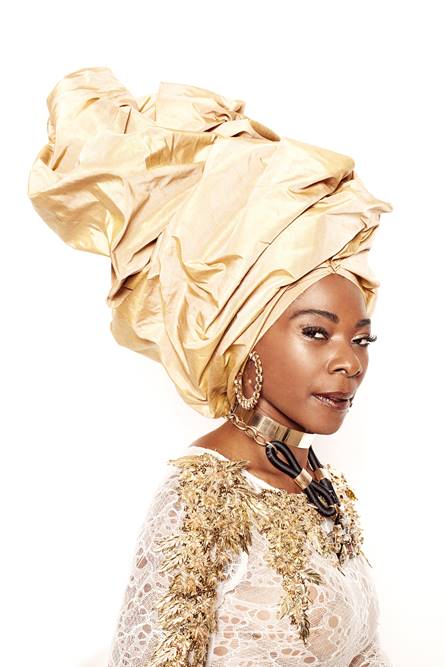 Beloved and admired Spanish singer Buika to offer an intimate performance as headliner of The Billboard Kick-Off Showcase Presented by Emax on Monday, April 24, 2017 at the New World Symphony in Miami Beach, Florida. The event is part of the official program of the 2017 Billboard Latin Music Conference, which will take place on April 24-27th at The Ritz-Carlton in South Beach, Florida. The exclusive event is open to registered conference attendees. More performers will be announced soon.

It takes a lot of guts to expose your true self to others, and acclaimed singer songwriter, poet, composer and music producer, Buika (pronounced BWEE-ka), does that every night she goes on stage. As plain as the tattoos on her skin, Buika bears her soul to her fans across the world, whom she aﬀectionately calls ” The tribe”. This upcoming year Buika begins her journey of storytelling across America, Tokyo and Mexico  in support of her brand new sound, band and repertoires while working on her ninth release. Buika’s new sound is an intense blend of musical styles that has been meticulously selected by it, seeps through a rich and eclectic sound of jazz, latin jazz, afro beat, funk, soul, reggae and pop, all seasoned with a ﬂamenco accent that won’t leave anyone indiﬀerent.

Buika knows no boundaries when it comes to language or geography. She has collaborated with musicians and singers in Spanish, Catalan, English, French, Portuguese, Iranian, Italian and Armenian. Her last year tour spanned the globe, covering Europe, Latin America, the Caribbean Islands, Asia, Africa and the US. A great music ambassador, she reaches any small or large crowd, – a great 4th of July celebration at the US Embassy in Madrid, Spain, or at the Spanish Embassy in DC a year later, a larger audiences would receive her with open arms at diﬀerent music festivals, such as “Womad“ in Australia and UK, “North Sea Jazz festival” La Notte della Taranta” Italy or “Jazz al parque” in Bogotá.

Billboard is the world’s most influential music brand, built on the most complete and well-respected database of charts across all music genres. The Billboard charts define success in music. From the iconic Billboard magazine to Billboard.com, the ultimate consumer-facing destination for millions of passionate music fans, to the industry’s most elite conference series and influencer eventsincluding the Power 100 and Women in Music – the Billboard brand has unmatched authority among fans, artists and the industry alike. Billboard was named the leading U.S. brand on Twitter, surpassing the NFL, ESPN, BuzzFeed and MTV, with 6.1 million engaged actions in Q3 2015, and named an overall Top 10 U.S. Media Publisher in December 2015 with 11.8 million social actions. Billboard has a social media footprint of 14.8 million social followers across Facebook, Twitter, Instagram, and YouTube. Billboard magazine has published major news-generating covers recently including Ariana Grande, Nicki Minaj, Selena Gomez, Fifth Harmony, Justin Bieber, an open letter to Congress signed by 180+ of the music industry’s biggest stars and executives. In December 2016, the Billboard Women in Music ceremony, which honored Madonna as Woman of the Year, was presented to a mass audience via Lifetime, the exclusive broadcast partner.