Enjambre and Kinky in One Stage

Enjambre and Kinky in One Stage

Home » Featured » Enjambre and Kinky in One Stage 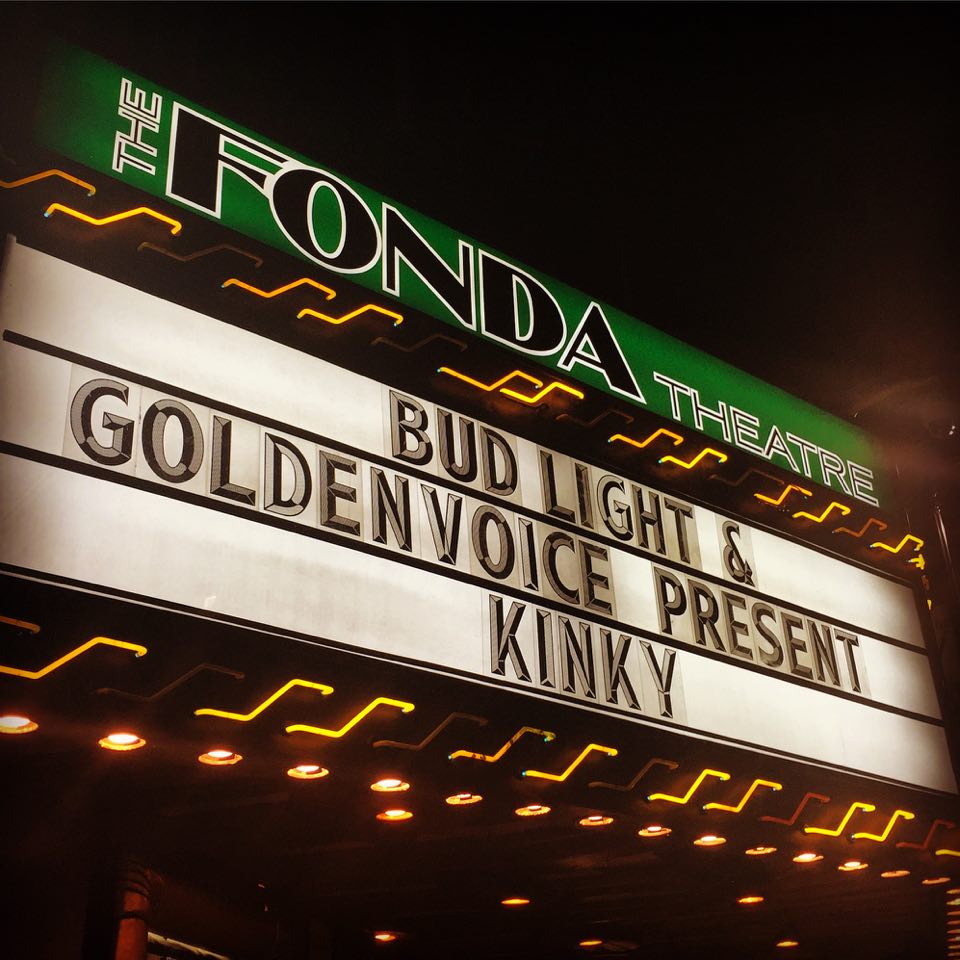 On the night of December 17th, 2015, one of the most anticipated end-of-the-year concerts took place at the historic Fonda Theatre in Hollywood. BudLight presented Enjambre and Kinky together in one night. A line began to appear in the early night on Hollywood Blvd, as eager fans waited to enter the venue to witness two of their favorite bands take the stage.

The beautiful master of ceremonies, Julieta Isela emerged on stage to greet the crowd and introduce producer and rapper MLKMN (Milk Man) alongside with DJ EL Dusty. An immediate vibration of heavy base and intensity took over the dance floor.

A psychedelic wave hit the stage next as Enjambre appeared, complete with bell-bottom pants, long scruffy beards, and long shaggy hair. The crowd showed an enthusiastic welcome to their beloved quintet, who started their musical career in LA and the OC. They pleased the crowd; putting them in a trance and making them dance with their eccentric sounds of classic and indie rock. They bestowed the crowd older hits like “Camara de Faltas” and “Mania Cardiaca” but continued celebrating their most recent album Proaño, with songs like “Argentum.”  Vocalist Luis Humberto Navejas charmingly thanked the audience for their attendance and ended their set.

While waiting for Kinky, concert goers maintained fully entertained with intermission drinks, party favors, and a photo booth provided by Bud Light. All whilst DJ El Dusty popped up on a side balcony to keep people’s feet moving.  With a sidekick-plush toy version of himself sitting on his turntables, he spun some heavy electro-cumbia, which set the mood just right for the next act.

Going strong, after almost 20 years, Monterrey-based Kinky, is a type of band that is always anticipated and ecstatically welcomed in Los Angeles. And this night was no different. Kinky made a quick return visit to LA after their energetic performance at Festival Supersonico at the Hollywood Palladium this past October. The handsome young men strutted onstage with their perspective instruments strapped on and immediately had the crowd bouncing. Their diverse sound, of electronic, dance, samba, norteño, and alternative rock pulsated throughout the place. They delivered a vigorous and fulfilling set with songs like “Coqueta “ and “Cual Quiere Que Le Cante?” and the classic “A Donde Van Los Muertos?”

It was a dynamic combination on stage and a brilliant tail end to 2015. 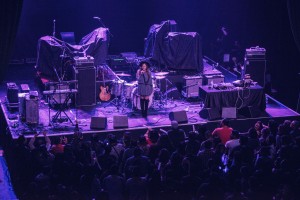 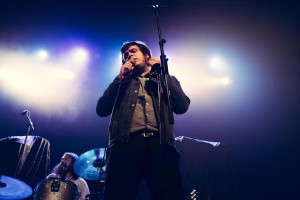 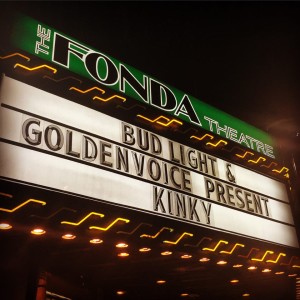 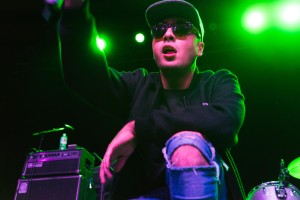 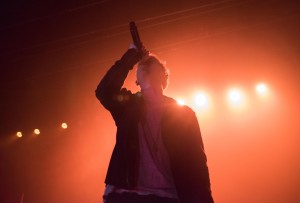 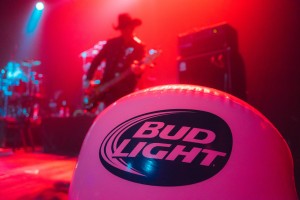