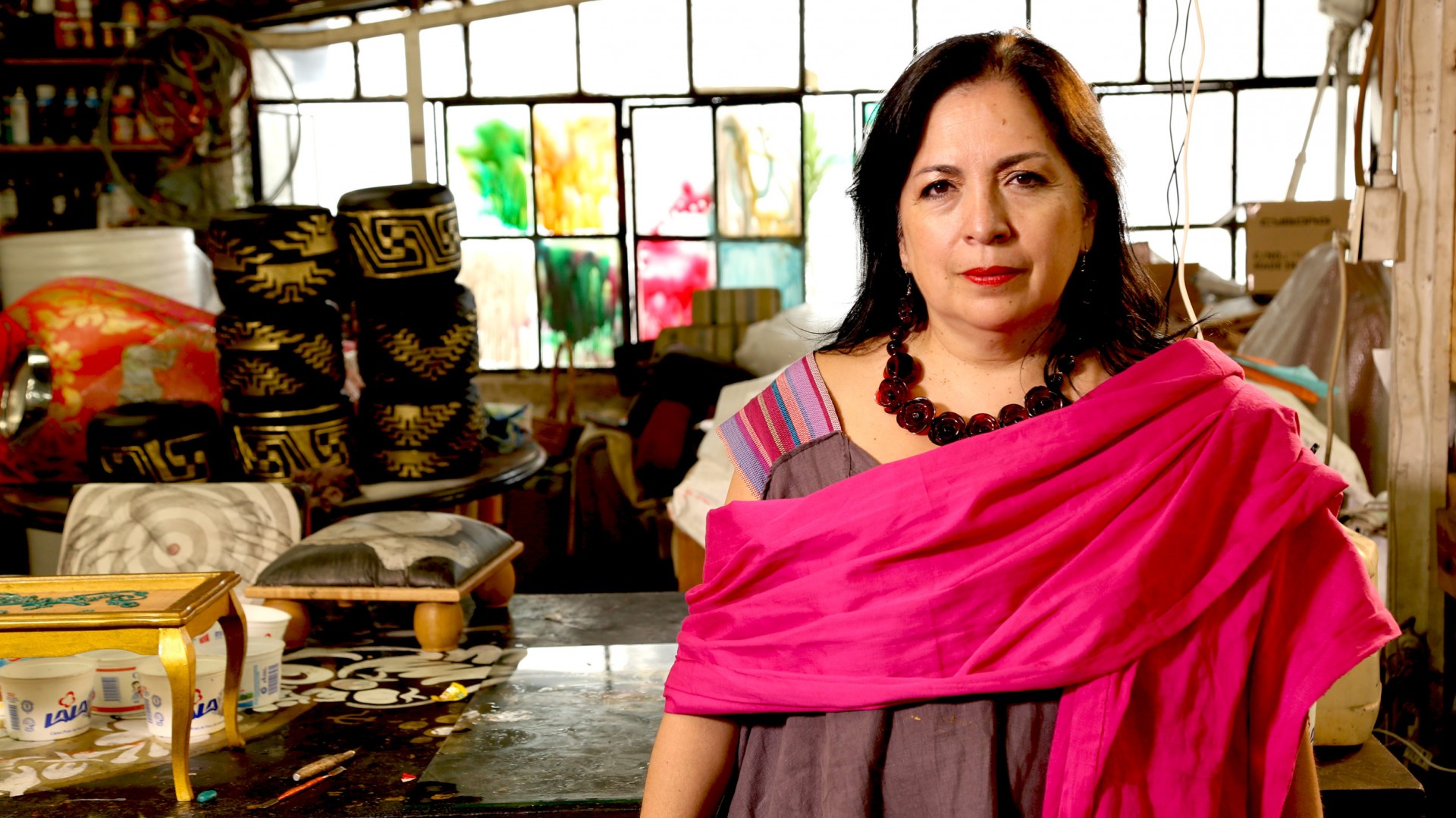 “Our official Latin GRAMMY Awards art has long been a tremendous opportunity for The Latin Recording Academy to further engage and connect with the creative community, and another way for us to recognize how all creativity intersects,” said Gabriel Abaroa Jr., President/CEO of The Latin Recording Academy. “Romero’s contemporary piece celebrates the colorful cultural diversity that all our nominees share and embrace. We are proud to have such a passionate, profound and talented artist of her caliber involved in this year’s celebration.”

“As a visual artist, I enjoy expressing my kinship with music. The Latin world of music is the ideal place to reflect on the cultural richness and high level of creativity in our culture,” said Romero. “Only love and art can heal this impoverished history of humanity.”

Hailing from Mexico City, Romero has been shedding light on the qualms of her society through her vocation for more than 15 years. Her work touches on issues such as migration and miscegenation. Romero has undertaken projects for different interventionist urban communities, including East Los Angeles; Chicago; Buenos Aires, Argentina; Mexico City; and Toulouse, France. As a versatile global artist, Romero alternatively has placed her work in prestigious collections showcased at the British Museum Collection, Daros Latinamerica Collection in Zurich, World Bank in Washington, D.C., Museum of Contemporary Art in Los Angeles, and Monterrey Museum of Art in Monterey, Calif., among others.

Use of the 17th Annual Latin GRAMMY Awards artwork requires the expressed written permission of The Latin Recording Academy. Please direct your request via email to latingrammypr@grammy.com.

The Latin Recording Academy is an international, membership-based organization comprised of Spanish- and Portuguese-speaking recording artists, musicians, songwriters, producers, and other creative and technical recording professionals. The organization is dedicated to improving the quality of life and cultural condition for Latin music and its makers. In addition to producing the Latin GRAMMY Awards to honor excellence in the recorded arts and sciences, The Latin Recording Academy provides educational and outreach programs for the Latin music community. For more information about The Latin Recording Academy, please visit LatinGRAMMY.com. For breaking news and exclusive content, follow @LatinGRAMMYs on Twitter, “like” Latin GRAMMYs on Facebook, and join the Latin GRAMMYs’ social communities on Instagram, Vine, Periscope, YouTube, Pinterest, Google+ and Tumblr.