Today, approximately 1.7 million undocumented youth benefit from Deferred Action for Childhood Arrivals (DACA), which grants them legal presence in the United States and 2-year work permits. This announcement by President Obama came only after the subjects featured in this documentary staged a series of sit-ins and hunger-strikes in Obama for America campaign offices in cities across the nation (Read more here).

ABOUT THE FILM
“American DREAMers” follows the journey of the Campaign for an American DREAM (CAD), a group of five undocumented youth and an ally who risk their freedom by outing themselves as undocumented and walking nearly 3,000 miles across America to organize for immigrant rights. Their story of growing up in a country they know as home while constantly fearing deportation galvanizes people from all parts of the country to take part in what they believe is their civil rights movement. These are college students, young professionals, activists, and community leaders. They are undocumented and unafraid. And some are UndocuQueer too. 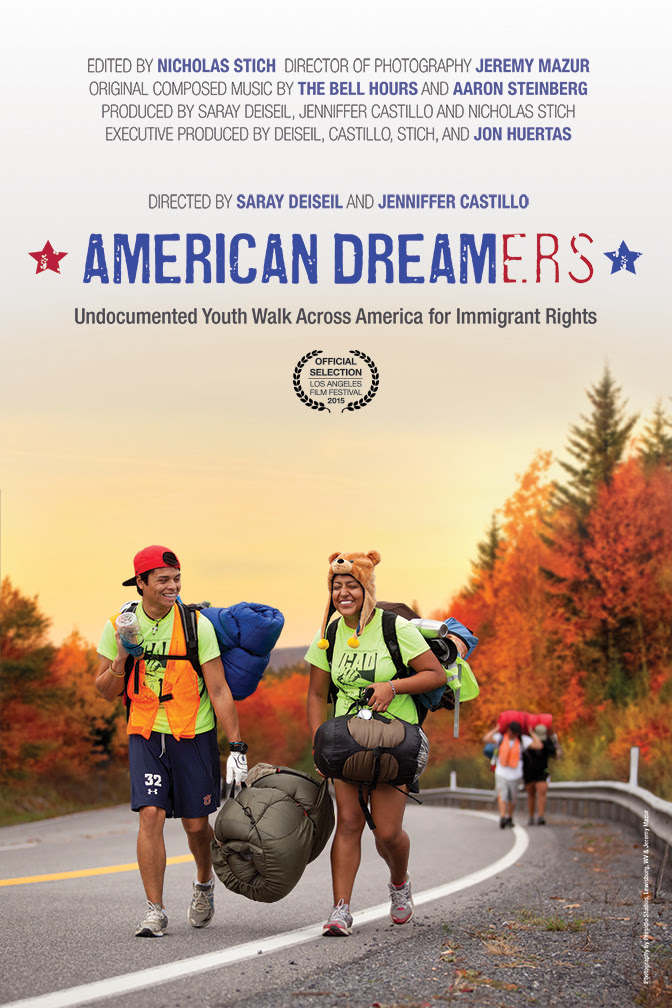 The hope is to use the media campaign of this film to stop the deportation of one of the walkers, Jonatan Martinez, and others like him. To read more about Jon, visit the Indiegogo Campaign