Ali Stone and her Obsessions

Ali Stone and her Obsessions

Young, beautiful, and compassionate are just a few words to describe Ali Stone, a young woman of many talents. Ali Stone is a music producer, film scorer, composer, musician and currently one of the youngest and Hottest DJs in the Electronic Scene in Latin America.

Ali Stone discovered her passion for music when she was just 4 years old playing the classical piano, studying solfège and music theory, later mastering the guitar, bass and drums too. While living in Paris she discovered her interest for electronic music and music production leading her to enter the official soundtrack remix contest for Disney/Pixar’s “Monster University.” Ali’s “out of the box” composition and production mesmerized the judges, Axwell and Sebastian Ingrosso, and her work ended up being one of the winners among 2,000 submissions making her the one of the youngest movie music composers in history.

In addition to her onstage talent Ali Stone is the only Colombian spokeswoman in the campaign “Women Working for Women” with deals with gender equality and female presence in male-dominated jobs. 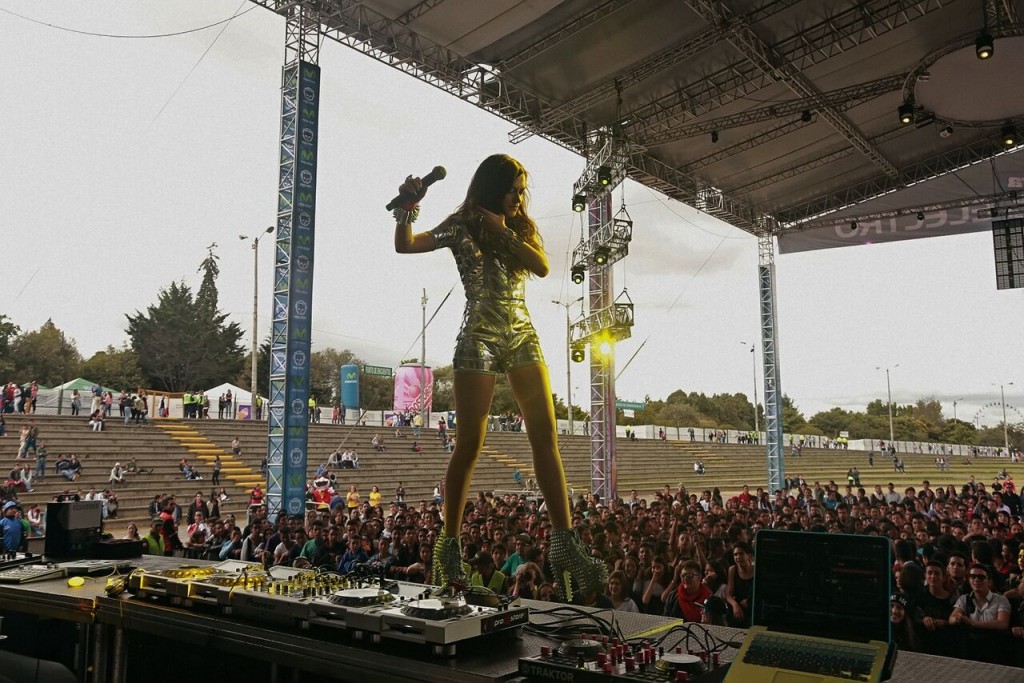 Gypset Magazine had the opportunity to talk to the multifaceted Ali Stone, here is our interview:

How does one day from your life look like?

It looks like a day in the studio, producing & sound designing music, accompanied with meetings, events, workout session, some free time reading horror novels, and going out to DJ during the night… and some occasional sleep.

Who are the artists, DJs, designers who first come to mind as your favorite?

So many! But right in this moment my top of mind artists are Skrillex & Taylor Swift, as DJs Madeon & Ansolo, and as designers Julian Pinzon from Maison Finch & Jeremy Scott.

Tell us about the feeling of having your music featured at Monsters University?

It was super exciting, especially because Disney, Pixar, Axwell & Sebastian Ingrosso listened to my work and chose it. It is an honor to have my music recognized and praised by such big companies and people from the industry. 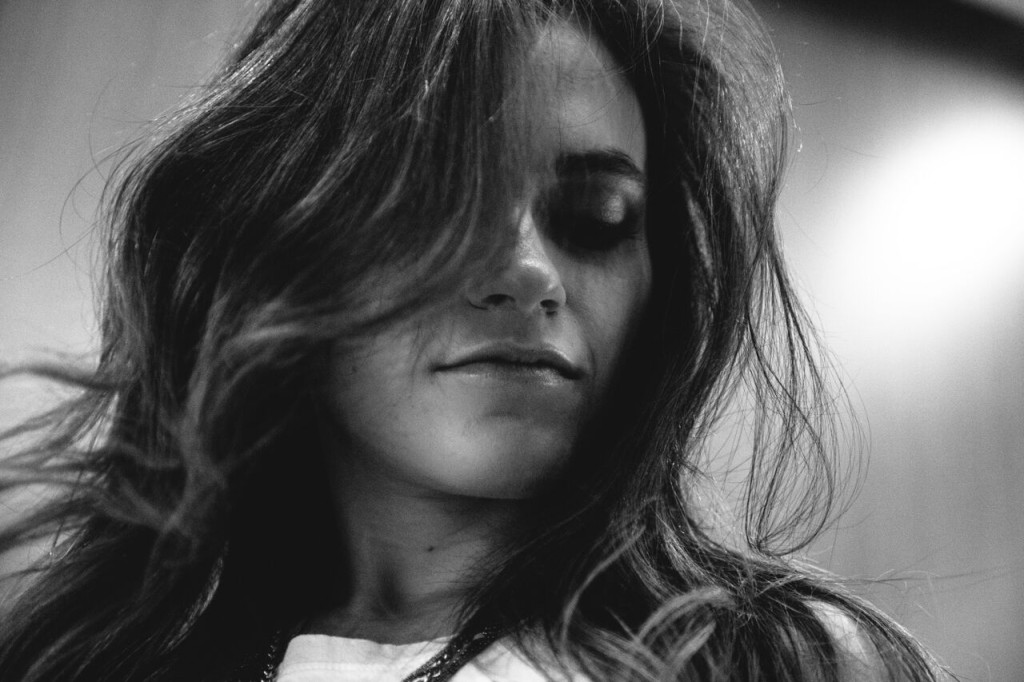 You have collaborated with many talented artists, tell us about that experience?

It’s been great because with each one I’ve been able to move among genres and show my versatility, musically speaking. For example, on a remix I made for Katy Perry, I put her voice around jungle-like drums and club vibes, and for the ‘Monsters University’ remix I made a soundtrack-like ambience. So it’s pretty exciting to be able to shift a song into my own style and add my footprint to it. And it’s also an honor to make remixes for such recognized artists, and I’m very thankful for it.

I’d love to come up with something with Taylor Swift! Also, I’d love to be able to work with Shakira, or Phoebe Ryan, who has a lovely voice.

What is you obsession?

My main obsession is music. But besides that, I’m obsessed with spikes, edgy skulls, rings, perfumes, my cats, and glorious pizza.

Why the name “More Obsessed” for your EP?

Because each of the songs from the EP goes around the “obsessions” theme, and listening to each one will show people a different part of me to become more obsessed with. 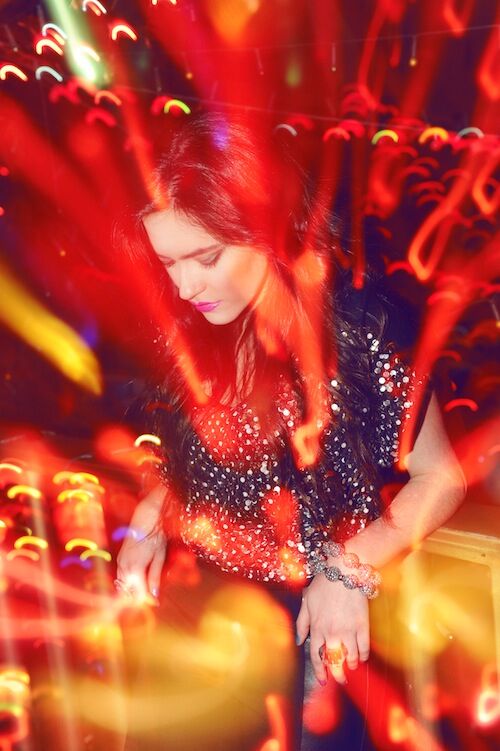 You have come a long way as a female DJ in a male Dominated environment, what is your secret? What advice would you give young female looking to get into the business?

Thank you! I think my secret is doing things that differentiate me from the rest, like being the youngest female composer to score a horror film, or playing live drums & guitar solos while I DJ. But above that, my secret resides on perseverance, dedication, and lots of work. And that’s my advice to all the women looking to get into the business; if you work really hard for what makes you happy and what drives your passion, with patience, discipline and determination you will certainly accomplish what you do. What other people say or do should not affect what your heart tells you to do.

The joy I feel when making music is what drives me. Also, my fans, family, and people who have supported me motivate me, because they believe in what I do, so I just hope to thank them by being able to give them more of me through my productions.

What is next for Ali Stone? 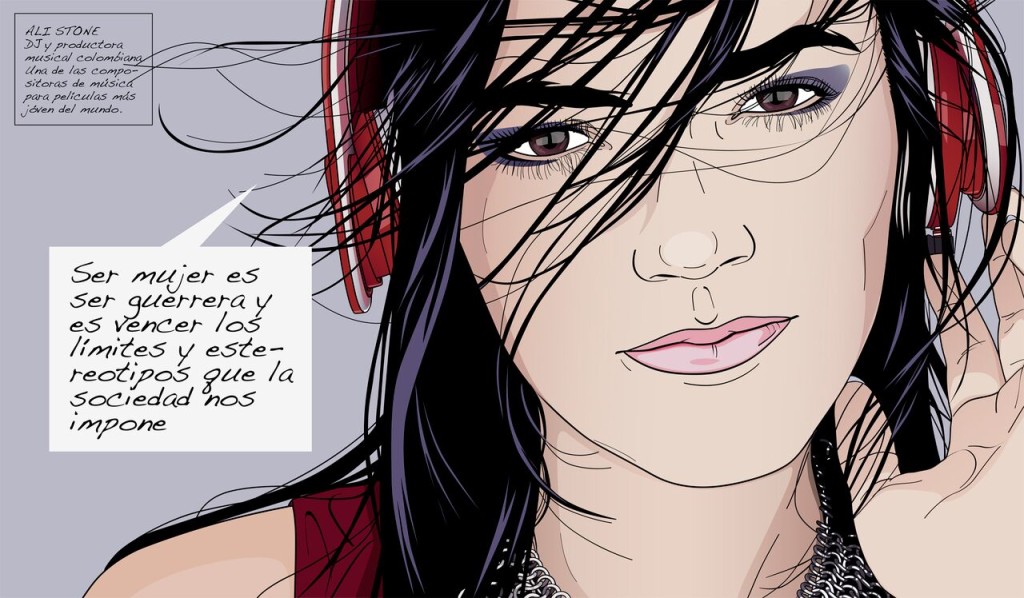