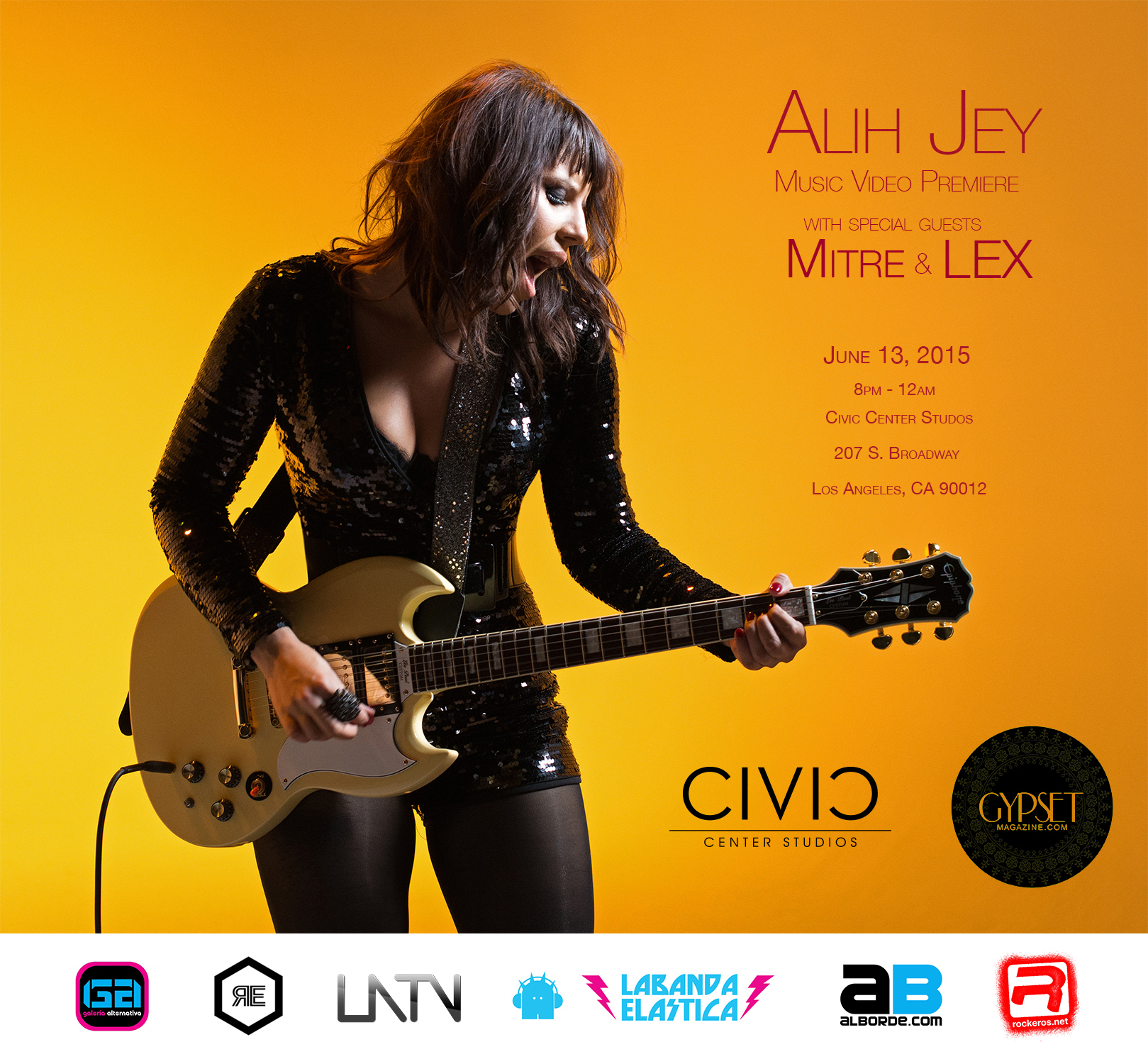 You are cordially invited to the Los Angeles premiere of ALIH JEY’s “Steal Your Boyfriend” video, presented by Civic Center Studios and Gypset Magazine. Performances by ALIH JEY and special guests LEX and MITRE.

Singer, songwriter and producer, born in Mexico DF. His music is a perfect blend between tango, pop, traditional Mexican music, and sounds from the world. His first material was launched in 2010 under the name “Fugitivo” (Fugitive) . Back in 2011 Mitre was named Favorite Artist by Italian “Radio FM”. One year later he moved to Texas to continue writing and producing at the renowned studio “Sonic Ranch”. Mitre has had many presentations in Europe and in the USA, to name just a few of them BMI Summer Stage in NY, the LAMC, and the latest one by BMI at the Gibson Espanol in Beverly Hills Ca. The following are just some of the artists that he has been able to collaborate: Irene Diaz, Mónica Velez, Pedro Dabdoub, Ximena Muñoz, David Garza, Jaime Kohen, Iñaki Vazquez (Moderatto), Yuri Lemeshev (Gogol Bordello), Stefano Vieni, Pambo, Gaby de K, and Kalimba.

Four Women Making Fantasy Synth Sound. [ The quest became clear — the empresses had to combine their powers to overcome the void. ]