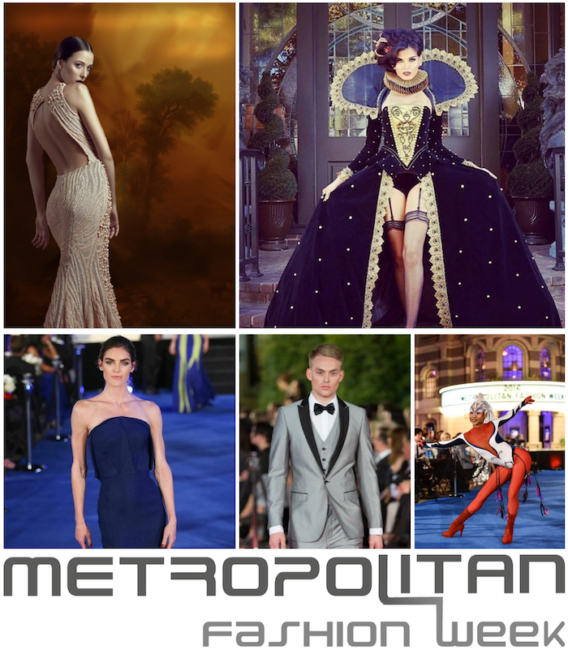 WHERE: ARCADIA PERFORMING ARTS CENTER
188 Campus Drive, Arcadia, CA 91007
*** Note: To accommodate the large audience, the venue has been moved to the Arcadia Performing Arts Center

Tickets can be purchase at metropolitanfashionweek.net

ABOUT METROPOLITAN FASHION WEEK: Metropolitan Fashion Week is one of the fastest growing fashion weeks in the United States, with shows in Seattle, Los Angeles, Las Vegas and soon, New York and Miami. Metropolitan is the only fashion week in the world that features both Fashion Designers and Costume Designers, from around the world, on one runway. MetroFW spotlights works of art created by international fashion and costume designers and are original “one-of-a-kind” creations.

About LUZIA by Cirque Du Soliel: LUZIA is a waking dream of Mexico. LUZIA takes you to an imaginary Mexico, like in a waking dream, where light (luz in Spanish) quenches the spirit and rain (lluvia) soothes the soul. With a surrealistic series of grand visual surprises and breathtaking acrobatic performances, LUZIA cleverly brings to the stage multiple places, faces and sounds of Mexico taken from both tradition and modernity. Facebook: facebook.com/LUZIAbyCirqueduSoleil/Twitter: twitter.com/cirque