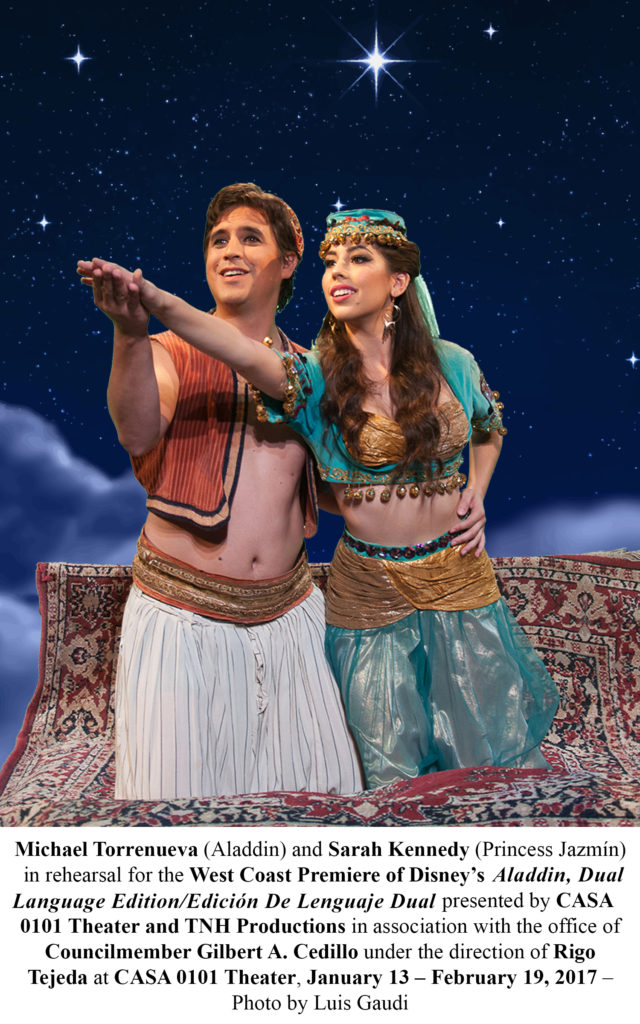 To kick off the new year a family friendly musical fantasy set in the fictional Middle Eastern city of Agrabah will come to life on the Main Stage of CASA 0101 Theater in Boyle Heights, CA as a beloved Disney princess finds true love with a commoner boy with a magic carpet in a land inhabited with a bigger than life Genie, royal translators and trouble makers, and fast-talking comedic bilingual animal sidekicks!

Ken Cerniglia, Dramaturg and Literary Manager for Disney Theatrical Productions said, “Our dramaturgical mission for Aladdin Dual Language Edition/Edición De Lenguaje Dual was to weave two languages into the plot while making sure that both English-speaking and Spanish-speaking audiences could follow the story.  We hewed closely to the text and structure of Disney’s Aladdin JR., adapted for the stage by Bryan Louiselle and Jim Luigs, but amplified the show with a new back-story.”  Disney’s Aladdin Jr. recently closed its successful run at Disney’s California Adventure. 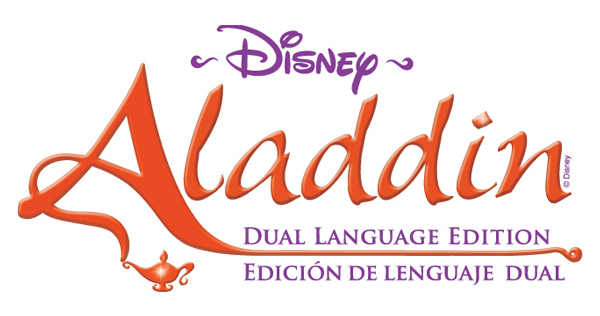 The musical will be presented for a Six-Week Run from January 13 (Press Opening Night) – February 19, 2017