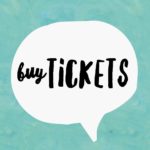 Founded by the award-winning composer, singer and producer Mario Domm (Coahuila, Mexico), Camila made its official debut in 2005 when Domm signed his first record contract with Sony Music, together with his friends and colleagues guitarist Pablo Hurtado (San Luis Potosí) and Veracruz native Samo.  Camila made Todo Cambió (2006) and Dejarte de amar (2010), two meteoric hits that turned the group into one of the most successful in Latin America.

Ever since, Camila has soared to the top of the charts in Mexico and beyond.  Songs like “Abrázame,” “Coleccionista de canciones,” “Todo cambió,” “Mientes,” “Aléjate de mí” and “Bésame,” among others, have made them big winners in the record industry: more than two million copies sold, three Grammy awards, three Billboard Awards, Diamond and Platinum certifications, hundreds of shows in 18 countries in front of more than two million fans, more than seven and a half million followers on Facebook and nearly three million on  Twitter and hundreds of thousand visits on YouTube (numbers we know will grow in the months to come).

Additionally, they have performed in countless venues, such as New York’s and Los Angeles’ NOKIA, El Coliseo in Puerto Rico, in Barquisimeto, Venezuela (a concert with a hundred thousand people in attendance), el Gran Rex de Buenos Aires, Argentina and Viña del Mar, Chile, to mention just a few outside Mexico, where they have performed in the most renowned venues including six national auditoriums, four sports stadiums and El Foro Sol, all in less than six months during the same tour… a tough record to break. At the same time, Camila has worked with international stars like Colbie Caillat, Kenny G, Alejandro Sanz, Alejandra Guzmán, Reyli, Chambao, Aleks Syntek and Wanessa Camargo.