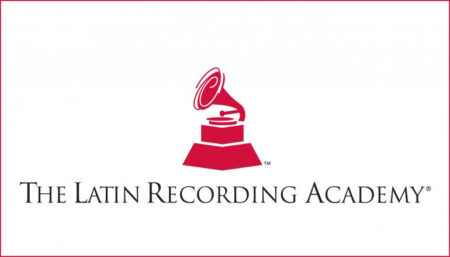 The Latin Recording Academy® will begin the 2018 Latin GRAMMY® Acoustic Sessions series with the first concert on Jan. 24 in Mexico City thanks to the presenting sponsorship of Mastercard and Santander, as well as with official level partnership from Buchanan’s Scotch Whisky and The Las Vegas Convention and Visitors Authority.

The star of this glamorous night, which will be abundant with celebrities and rhythm, will be five-time Latin GRAMMY winner and current GRAMMY nominee in three categories for the 60th Annual GRAMMY Awards®, Luis Fonsi. With a solid career and public admiration of two decades, Fonsi has propelled Latin rhythms throughout the world with his song “Despacito” and the more recent “Échame La Culpa.” Fonsi has dominated the No. 1 spot and broken record sales, airplay, and global streaming records.

The Latin GRAMMY Acoustic Sessions are a series of exclusive live concerts that connect audiences with some of the most talented Latin artists. The 2018 series will kick-off in Mexico City and will continue with other featured artists in Buenos Aires, Argentina, as well as other important cities in Latin America and the United States.

In addition to showcasing established music stars, the Latin GRAMMY Acoustic Sessions contribute to the development of new talent such as Raquel Sofía, who will be the opening act during the special event, which will be held at El Restaurante El Lago in Mexico City. Raquel Sofía was previously nominated for a Latin GRAMMY in 2015 for Best New Artist.

“It is very exciting to present extraordinary musicians on acoustic stages throughout Latin America,” said Gabriel Abaroa Jr., Latin Recording Academy President/CEO. “This is why we are beginning the year with two Latin GRAMMY Acoustic Sessions in two key countries: Mexico and Argentina.”

The Latin Recording Academy is working with Mastercard and Santander for the second year as the presenting sponsors of this event. For Santander this event is important as it permits them to position itself in the entertainment sector by offering unique benefits to its clients. The alliance between The Latin Recording Academy and Mastercard represents the efforts between two brands that are leaders in their fields, to offer the best and most exclusive experiences. This year, Buchanan’s 18 Special Reserve, the official spirits sponsor of the event and the highest expression of Casa Buchanan’s, celebrates the greatness of Latin music represented by the Latin GRAMMY Acoustic Sessions by serving guests innovative cocktails and the perfect taste of Buchanan’s 18. The Latin Recording Academy will bring to Mexico and to this event a glimpse of its partnership with Las Vegas, the host-city of the Latin GRAMMY Awards, with a performance from Tap Dancing Twins Sean and Jon Scott from ABSINTHE at Caesars Palace, who will also add to the evening’s festivities.