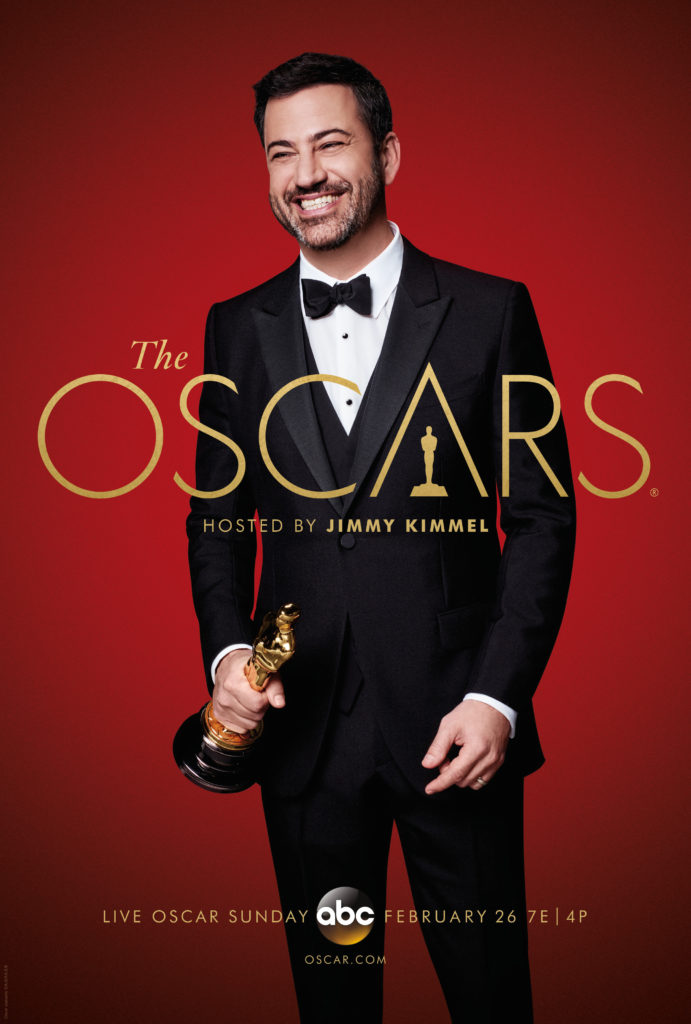 After a fantastic turn as the host of the Primetime Emmy® Awards on ABC in 2016 and the 74th Annual Golden Globes, Jimmy Kimmel will host the 89th Oscars® This will be the first time the host of Jimmy Kimmel Live has hosted the Academy Awards, though audiences have enjoyed his annual Jimmy Kimmel Live: After the Oscars specials for years. Kimmel himself confirmed the rumor that he would be the Oscars 2017 host when he tweeted out that “this is not a prank.”

PERFORMANCE BY AN ACTOR IN A LEADING ROLE

PERFORMANCE BY AN ACTOR IN A SUPPORTING ROLE

PERFORMANCE BY AN ACTRESS IN A LEADING ROLE

PERFORMANCE BY AN ACTRESS IN A SUPPORTING ROLE

BEST MOTION PICTURE OF THE YEAR

The 2017 Academy Awards will be hosted by Jimmy Kimmel and take place at the Dolby Theatre at Hollywood & Highland Center in Hollywood. ABC will broadcast the show live on Sunday, Feb. 26, starting at 5:30 p.m. PT.